The White House has added the name of the First Gentleman of Luxembourg to a photo caption after online backlash to his name not being included.

This was the official photo posted to the White House Facebook page earlier today: 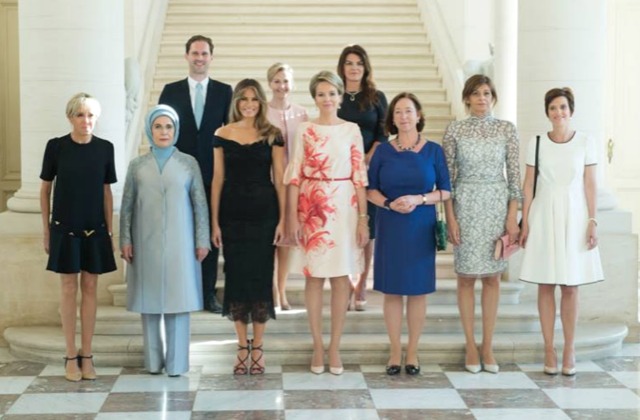 The photo was taken at the NATO conference in Brussels, and it included Gauthier Destenay, the spouse of Xavier Bettel, the Prime Minister of Luxembourg.

But Destenay’s name is left out of that, and people had some questions why:

What a bunch of jerks. ? pic.twitter.com/cwaF0DLsON

Is there a reason the @WhiteHouse didn't include the First Gentleman of Luxembourg in this photo caption?

This pisses me off more than I can describe in 140 characters. His name is Gauthier Destenay – and he should have been included. https://t.co/sUw8v1hKxH

I guess same-sex spouses don't count for this President. This is so despicable. #LGBT https://t.co/hLvtccMPbr

Now, if you go to the Facebook photo, the caption has been updated with his name: 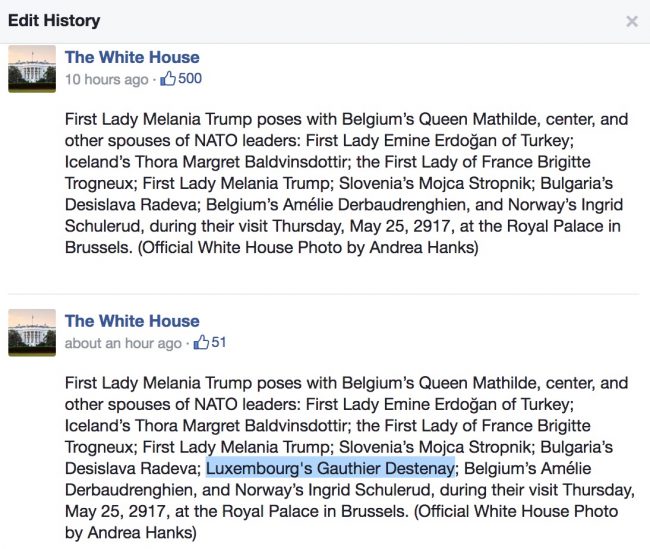