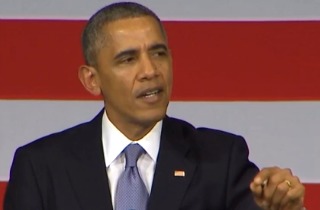 The White House is not taking the Bowe Bergdahl criticism well. Reports suggest they expected some criticism for releasing five Gitmo detainees, but not over the returned soldier himself. And after Chuck Todd said the White House views the attacks as a “swift boating,” there’s a POLITICO report out making their position clear: Bergdahl criticism is yet another way for the right to irrationally attack the president.

To be sure, there have been some notable instances of hypocrisy on the right on Bergdahl. John McCain was for the deal to free Bergdahl months ago, but then after Obama did it, he changed his mind. And if you’ve been on Twitter today, you’ve probably noticed some of the retweeting of how before this week, conservatives were bashing Obama for not getting Bergdahl and then after Bergdahl was released they bashed Obama for doing it.

That being said, when plenty of soldiers who served with Bergdahl have been universally negative in their assessment of his character, it’s hard to ignore the issue there. However, the White House sees something cynical going on with all the criticism.

All this, Obama aides say, is in their minds a proxy for the hatred toward the president.

The new approach: Frame the criticism as another example of Republicans complaining about something just because Obama was the one to do it.

The White House has also received criticism over individuals like Susan Rice and Jay Carney praising Bergdahl’s service when his fellow servicemembers, again, don’t have anything laudatory to say about him.