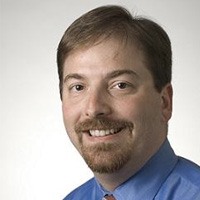 Fans and groupies of NBC’s Chuck Todd, rejoice! Thanks to Press Secretary Robert Gibbs, you can send your thoughts, hopes, and even helpful hints (we love those) directly to the Peacock’s White House reporter.

At today’s White House briefing, in a fit of amused exasperation at having to answer a question for a 3rd time (today), Gibbs asked his deputies to email Todd a transcript, reading his full email address on camera, and drawing hoots from the assembled press.

Todd asked Gibbs if the Christmas deadline for health care reform was to get a bill out of the Senate, or to get one to the President’s desk to sign. Gibbs replied that there wouldn’t be a long interval between those two, and said “We want to get health care done by the end of the year.”

Todd and another reporter pressed, and Gibbs, after trying to explain again by referencing Schoolhouse Rock, said “Please send a transcript to Chuck.Todd@nbcuni.com,” to a raucus reaction from the rest of the press corps.

Chuck started to follow up again, and Gibbs stomped his foot, saying “I’ve just answered this three times! Three times!”  He then leaned in close to the mic and said “The President… wants to sign health care before the end of the year.”

Perhaps Gibbs can be forgiven his pique, since he already gave a “read my lips” answer to this at last Thursday’s briefing:

Q Robert, you said you want — you still want to get health care passed this year. Is there a deadline? And if it slips —

Q If it slips into next year, does this become undoable because it’s an election year?

MR. GIBBS: I’m not going to get into hypotheticals of what happens next year. The President believes and I think — believes we can get this done this year.

Q Why isn’t he setting it? He set a deadline earlier this year that he wanted things passed —

MR. GIBBS: The guy said we’re going to get it done this year. I don’t — I hope it’s not news that the end of the year is approximately late in the evening on the 31st of December. But I can confirm that.

However, the C-Span clip still has it loud and clear.