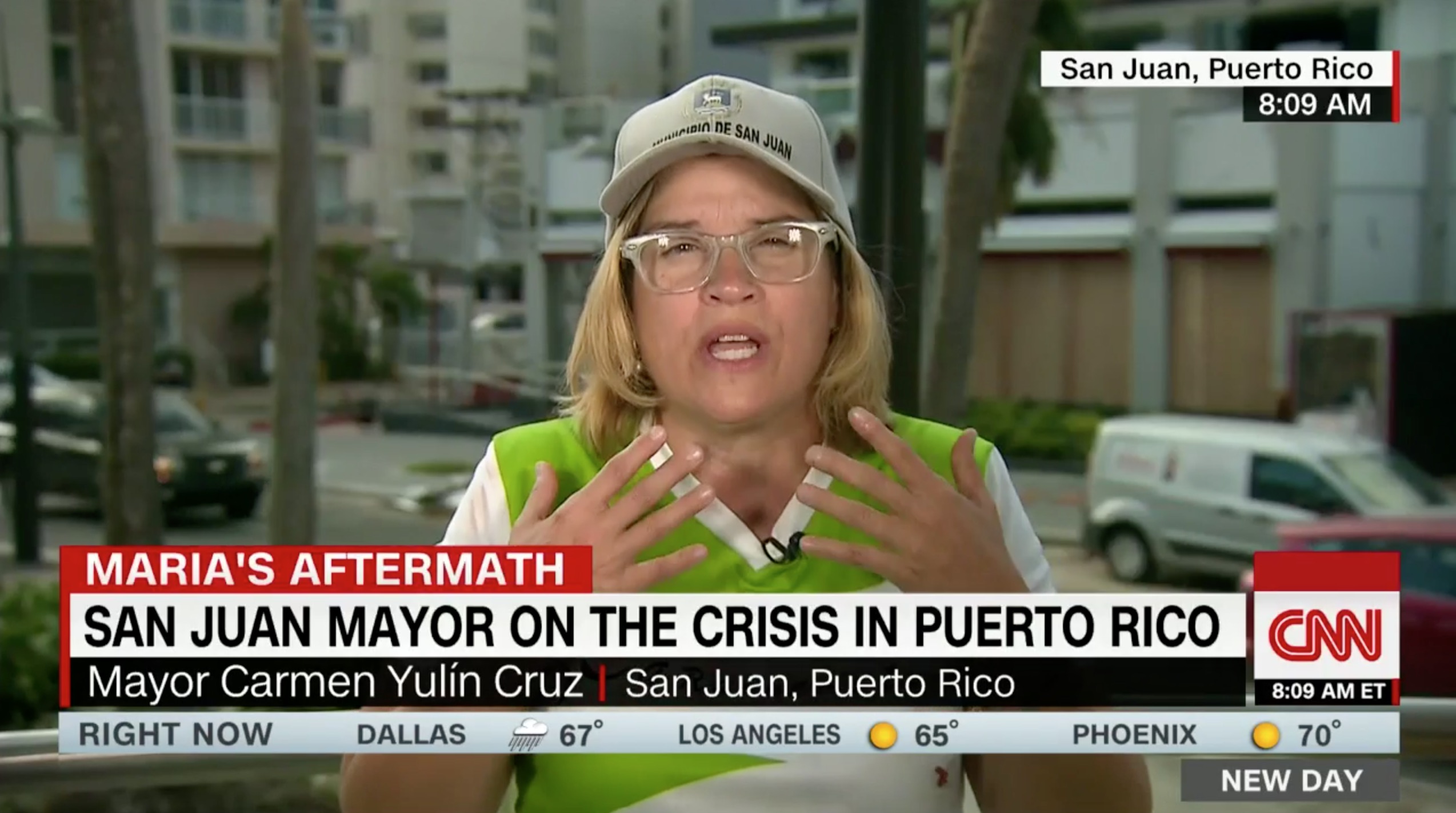 It appears we now have a narrative forming from the White House when it comes to responding to San Juan Mayor Carmen Yulin Cruz in the wake of her criticisms of the federal response to Hurricane Maria and the acting DHS secretary claiming Puerto Rico was a “good news story.”

With President Trump taking to Twitter this morning to lob attacks at Cruz while stating he would be visiting the island on Tuesday, a White House official was asked if POTUS would take some time to meet with the San Juan mayor.

Asked a WH official if POTUS has plans to meet with the Mayor of San Juan Tuesday and got this response –> pic.twitter.com/Vo5CYamuMR

So it would seem that the administration is not only going to double-down on Trump’s description of Cruz as a poor leader, it’s also going to push the notion that she’s spent too much time doing TV interviews than working on the recovery.

Meanwhile, the president is spending this weekend at his New Jersey golf resort a week after enjoying a long four-day weekend at the club.