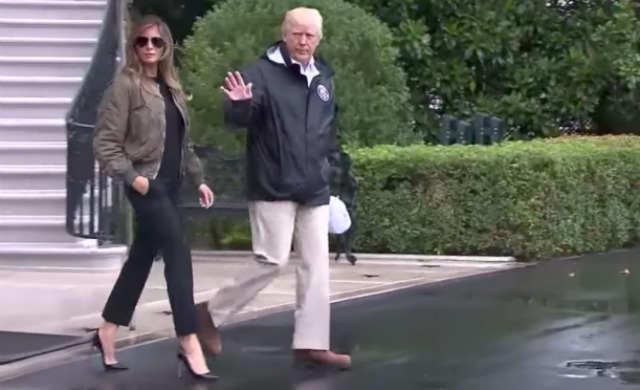 Last month, White House Press Secretary Sarah Huckabee Sanders announced that in the wake of the devastation unleashed by Hurricane Harvey, President Donald Trump had pledged a million dollars of his own money to help the relief efforts. She asked reporters to provide her with reputable and deserving organizations and charities that should be recipients of the funds.

After hedging for a few days on when the president would release the names of the recipients and whether he would be using his own money to make the donation, the White House released the following statement announcing twelve organizations that POTUS and the First Lady were giving funds to. 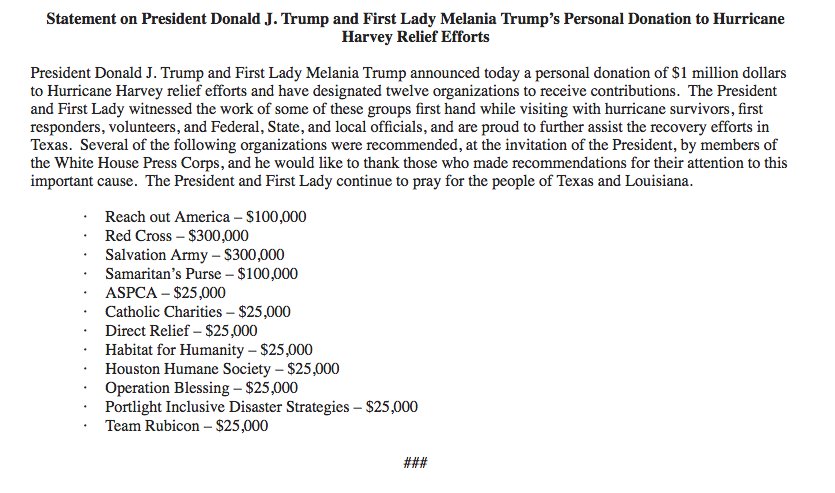 As shown in the statement above, organizations such as the Red Cross, Salvation Army and Reach Out America are the targeted recipients of the first couple’s donation.

Hours after Sanders first announced the pledge, Eric Trump took to Twitter to claim that CNN would likely not cover the news of his father’s promised donation. CNN later hit back, highlighting that they had covered it live and mentioned it both online and on the air after the briefing.