Who is Cleaning Up Fox News Legacy of Systemic Sexism? A Slew of Female Executives 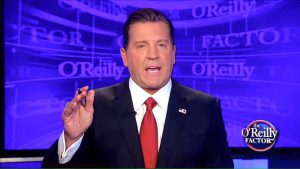 Over the weekend, Fox News confirmed that the network had suspended host Eric Bolling for allegedly sending the same unsolicited photo of his genitalia to at least three female co-workers. This came as tough news for a network that, just a year ago, saw former Fox News CEO Roger Ailes  accused, repeatedly, of attempting to leverage his power to solicit sex from, not to mention harass and even reportedly try to assault, female co-workers. Primetime host Bill O’Reilly later had to deal with — and later depart over — his own slew of harassment allegations.

Both of these men left the network under a cloud of accusations of creating to a hostile work environment for female employees. What all of this lays bear is the reminder that very often it’s the men, not women, who are behind these scandals; men, not women, have been taking advantage of wealth and power to intimidate and harass employees. And with some dramatic executive changes at FNC now as a result, guess who is left to clean up this corporate cultural legacy? Yup, female executives.

One might not immediately get the sense that there is now a strong female influence behind the scenes at Fox News given the dearth of female on-air leads. O’Reilly and Ailes weren’t the only high-profile individuals to leave Fox News over the past year — the network’s leading ladies Megyn Kelly and Greta Van Susteren also departed, and in doing so left a network largely bereft of on-air female anchors. But that’s not to say the network is lacking in female talent and female leadership.

Fox News in May promoted Suzanne Scott from network Executive Vice President of Programming and Development to be President of Programming at Fox News. Amy Sohnen, O’Reilly’s former EP is now  VP of Talent Developments, and according to sources close to the network, there are so many more other women in executive positions, that they now outnumber men  in senior roles.

Fox News has no aversion to hiring and empowering women within its network — and unlike what has been alleged of Ailes, O’Reilly, or Bolling, clearly these female executives have not created any problems by sending pictures of their genitals around or sexually harassing employees. After all, female leaders are statistically far less likely to leverage their positions to harass co-workers and subordinates.

The dark legacies of Ailes, O’Reilly, and, most recently, Bolling (allegedly), can’t and shouldn’t be erased. But while sexism remains remains heavily prevalent in the network’s on-air programs — from commentary belittling women for their outfits and appearances, to criticizing the concept of female leadership, to applauding male lawmakers for penning bills to control women’s bodies — it can’t exactly be said that the network denies women opportunity, when women are predominantly the ones cleaning up and working tirelessly behind the scenes.

That being said, hiring more women to positions of power is an important step in the right direction following the scandals of Ailes and O’Reilly, which starkly demonstrated the dangers of empowering men with disrespectful views of women. But it isn’t going to solve everything.

Female employees at Fox have testified about the existence of a “boys’ club” culture, a toxic working environment for women, and these testimonies can’t be swept under the rug just because the network has a number of female executives.

O’Reilly heir Tucker Carlson has gone so far as to suggest the whole concept of sexual harassment is an invention of Democrats, not something real, everyday women face throughout their adult lives. Since making this comment, his star at the network has only continued to rise.

Female leadership at Fox News may be expansive at the network, and there have been zero reports of these female leaders sexually harassing employees. But new leadership in of itself doesn’t automatically and sweepingly overhaul the issue of systemic sexism in the network. Giving women jobs in which they must spend their days cleaning up after or defending sexist, outrageous behavior and commentary from men in positions of power doesn’t equate to gender parity.

Fox News made the right decision in suspending Bolling, but the network has a ways to go still to fight Ailes’ legacy.