Why Don’t Media Outlets Get Out of the Online Polling Business Entirely? 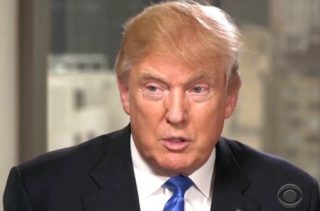 If you ask Donald Trump and his supporters, he easily won Monday’s presidential debate. What’s more, they have the data to prove it. Except for those pesky scientific polls put out by CNN and others, all the online polls show that Trump won, thanks to the tenacity and drive of thousands of 4channers and Redditors.

Of course, journalists immediately pushed back on these claims, looking down on at the gullible Trumpkins who thought those polls mattered and acting indignant whenever their outlet was cited on Trump’s behalf. But for all the demands that the Republican candidate stop citing unscientific polls, I’ve seen remarkably little reflection from journalists about the media’s own role in deceiving millions of Americans.

I’m not just talking about Drudge and Breitbart. The outlets that Trump named on Twitter and in interviews are all established, well-respected outlets whose names carry gravitas: CBS (kind of), Slate, CNBC, TIME magazine. He could have just as easily named The Hill or USA Today or Politico. And yes, among the outlets that ran an online poll was Mediaite (Surprise! Trump won). But the same outlets that put up these “polls” are then shocked and appalled when their readers take them at face value.

Most of those outlets did make it perfectly clear that the results were not scientific and could not be trusted (us included). But let’s say even a small percentage of readers misunderstand the difference between scientific and unscientific polls. The journalistic value of these polls is exactly zero to begin with, so as far as I’m concerned, you’re in negative territory.

For the most part, the misuse of these polls are on Trump. Even if he doesn’t understand the distinction between scientific and unscientific polls, his campaign manager and former pollster Kellyanne Conway definitely does. But publications have made it absurdly easy for him to lie, attaching their vaulted names to “polls” they know are garbage.

The benefit of these polls are very minimal, and now it’s obvious that they’ll be abused. So why bother? Well… that’s easy enough to answer.

As of this writing, the TIME poll has 1,948,654 votes. Each vote requires a separate visit, so that’s close to 2 million visits. Even if you account for the fact that number of unique visitors is certainly much lower because of spamming, that’s still an insane amount of traffic and ad revenue for a “story” that probably took an intern five minutes to set up.

In preparation for this column, I reached out to Mediaite’s Managing Editor Jon Nicosia and asked what our own motivation for putting up a post-debate poll was, offering several possibilities. Was it a) traffic, b) traffic, or perhaps c) traffic? “Yes,” he responded.

Not that I’m complaining, of course. Journalists like to scoff at “clickbait” and low-effort, high-traffic stories, but the truth is that they allow us to write the time-consuming, insightful stories that we’re passionate about but don’t necessarily get a lot of traffic. If we’re honest with ourselves, a lot of the best journalists in the business are only employed because things like polls, slideshows, and listicles keep their outlets afloat (especially as print circulation continues to plummet).

But our priority, first and foremost, is to inform people. On some level, we know that these polls are going to be intentionally flooded by supporters of one or both of the presidential candidates. We know that the results are going to be interpreted as a legitimate indication of who actually won the debate. We know that our disclaimers and protestations will be ignored. And now we know that a presidential candidate will attach our brands to bogus polls and use it to lie to supporters.

In return, we give our readers a platform to express themselves and feel like they’re participating in the political process. That’s a good thing, I suppose, but at some point we have to consider whether that’s really worth the cost.