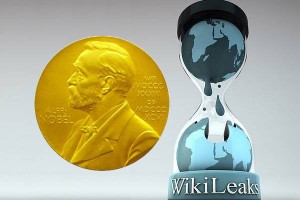 Screw Time’s “Person of the Year,” it looks like WikiLeaks could be going after a much bigger award. A Norwegian lawmaker named Snorre Valen has apparently nominated the website for the Nobel Peace Prize. And, while nominees are officially kept secret for 50 years, Valen has taken to the Internet (perhaps in an homage to WikiLeaks’ transparency ideals) to write a blog post entitled “Why I have nominated Wikileaks for the Nobel Peace Prize,” thus ensuring that a bunch of American newscasters are now going to have to learn how to pronounce the name “Snorre Valen”.

It is always easier to support freedom of speech when the one who speaks agree with you politically. This is one of the ‘tests’ on liberal and democratic values that governments tend to fail. For instance, western governments have a long history on tolerating oppressive regimes that are ‘friendly-minded’. Internet companies assist China in censoring search engines. And many countries respond to Wikileaks‘ obvious right to publish material that is of public interest, by seeking to ‘shoot the messenger’.

Nevertheless, many seek to redraw the map of information freedom with the emergence of institutions like Wikileaks. Political powers and institutions that ordinarily protect freedom of speech suddenly warn against the danger, the threat to security, yes even the ‘terrorism’ that Wikileaks represent. In doing so, they fail in upholding democratic values and human rights. In fact, they contribute to the opposite. It is not, and should never be, the priviledge of politicians to regulate which crimes the public should never be told about, and through which media those crimes become known.”

Valen goes on to compare his nomination to the recent win by Liu Xiaobo, the pro-democracy activist, who was not able to claim his award in person since he was still being jailed by the Chinese government.

The actual winners won’t be announced till next October but really, who cares? “Person of the Year?” Nobel Peace Prize? They may sound nice but we only care about the really flashy awards like the Oscars. Let us know when WikiLeaks wins one of those. Ha! That’s impossible.