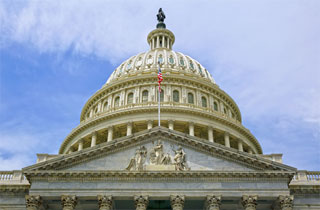 Back in the simpler days of this summer, we covered an anonymous person working from a Congressional computer, who loved to vandalize Wikipedia in his/her/their spare time. Subsequently, the IP address got banned from editing Wikipedia for ten days — but since the address is shared by hundreds of House computers, it took down hundreds of non-trolling staffers with the ban.

The vandal came back, and thanks to their renewed efforts at viciously editing/trolling articles about feminism and transgender issues, the House of Representatives-owned IP address has been banned for an entire month.

“An obvious transphobe is using this IP to edit the article on transphobia, justifying it with rhetoric commonly used by transphobes,” a user complained, offering a slew of edits made by the vandal as evidence. For instance, here’s the edit they attempted to make on the article for whistleblower and transwoman Chelsea Manning:

Why is this man referred to throughout the article by his alias? He is much more well known under his real name.

Here’s their edit for the entry for Camp Trans:

And here’s the mystery vandal’s debate with a Wikipedia editor after they tried to edit the article for “Transphobia.” See if you can spot the troll below:

There’s nothing illegal about editing Wikipedia to promote official business that has been explicitly authourized by the Representative. When you have other Representatives trying to push for laws such as ENDA, or when you have the EU using neocolonialist methods to impose transgenderism on the nation of Georgia through a visa agreement, it’s all the more important.

If a Representative actually authorized a staffer or an intern to edit Wikipedia articles, they clearly picked the wrong person to do it. That said, we stand by our initial assessment that this is a bored intern — albeit, one who managed to get a significant portion of Congress banned from editing Wikipedia for a month. Thank you, mystery intern. You have done God’s work through your stupidity and incompetence.

(Judging by the patterns of their edits, we’d bet a fair amount of internet points that this is the same person who vandalized Mediaite’s Wikipedia page to call us a “sexist transphobic news and opinion blog.” Just a guess.)