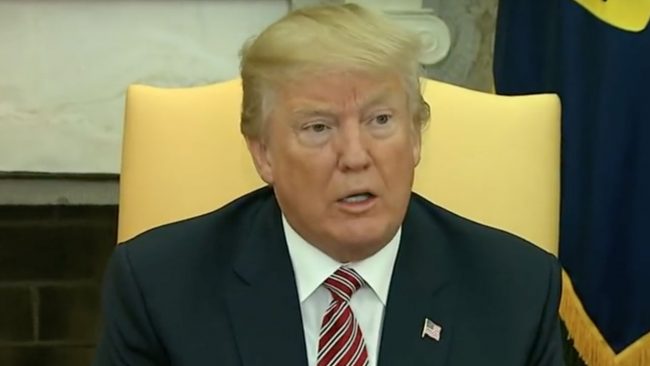 There’s been some mixed messages today about the future of Nerdprom, but it’s generating significant intrigue on whether President Trump will participate when the circus comes back to town.

Earlier today, the Daily Mail reported that they received an email from Press Secretary Sarah Huckabee Sanders, saying Trump will appear for the White House Correspondents’ Dinner this year. However, DM reporter Nikki Schwab tweeted that Sanders sent a followup email admitting she “totally misread” the question emailed to her, and the White House has yet to make a decision regarding the WHCD.

Stop the presses! – NOW @PressSec says she "totally misread" my email – and #WHCD still hasn't been decided yet https://t.co/wob7BbYCSN

Former WCHA president Jeff Mason has reaffirmed there’s no confirmation yet that Trump will appear. However, the president will partake in the Gridiron Club dinner early next month.

.@PressSec Sarah Sanders says @realDonaldTrump will attend the annual Gridiron dinner with journalists, but says no decision has been made on whether he will attend the @whca White House Correspondents’s Dinner this year. (He did not go to either last year.)

Even though the Gridiron Club dinner is not on the same caliber as the WHCD, Trump’s attendance means he and his team will gather with the D.C. press corps and several of the top power players in the capital. This is likely to be an interesting experience since Trump has attacked and feuded with many of the people bound to show up.

Due to Trump’s constant war with the media, he refused to attend last year’s WHCD dinner. Instead, he chose to hold a campaign rally where he mocked everyone attending the dinner, saying they were still coming to grips with his election to the presidency.

Trump’s involvement in this year’s event would undoubtedly be a major media flashpoint, especially since he isn’t known to handle mockery or lighthearted humor very well. Indeed, Trump was the subject of many jokes and comments during last year’s events, which were pronounced by his absence.

UPDATE – 4:49 p.m. EST: The WHCA has extended an invitation to the White House.