Woody Allen on Gaza Turmoil: ‘Arabs Were Not Very Nice in the Beginning’

Woody Allen on Gaza Turmoil: ‘Arabs Were Not Very Nice in the Beginning’ 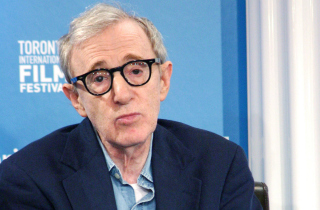 According to Woody Allen, the ongoing Israeli-Gaza turmoil is a “terrible, tragic” situation, one that may have originated because, in his belief, Arabs were not very nice to Jews following World War II.

Though he rarely talks politics, the famed director spoke briefly about the Middle East during an interview with The Daily Beast’s Marlow Stern. Asked for his thoughts on the current situation in Gaza, Allen said: “More terribleness. Ever since I can remember, when I was 21 years old, they were telling me, ‘Peace is around the corner between the Arabs and Israelis. The next generation. Right now, there’s a lot of bitterness, but with time, new generations will grow up and be more peaceful with each other.’ This would go on and on and on, and in the end, nothing’s changed.”

He lamented that the leaders of both Israel and Arab nations haven’t been able to come to a binding agreement, resulting in innocent lives lost on a continual basis. “[I]t’s a horrible situation that eventually has to right itself—but I say that without knowing that it will,” he added. “I hope that it will, but it seems, at this point, that nobody on either side is ready, willing, and able to.”

Ultimately, he said, the problem may be traceable to the post-Holocaust treatment of Jews:

But I feel that the Arabs were not very nice in the beginning, and that was a big problem. The Jews had just come out of a terrible war where they were exterminated by the millions and persecuted all over Europe, and they were given this tiny, tiny piece of land in the desert. If the Arabs had just said, “Look, we know what you guys have been through, take this little piece of land and we’ll all be friends and help you,” and the Jews came in peace, but they didn’t. They were not nice about it, and it led to problems.

However, he cautioned, “over the years, both sides have made mistakes. There’ve been public relations mistakes, actual mistakes, and it’s been a terrible, terrible cycle of mismanagement and bad faith.”