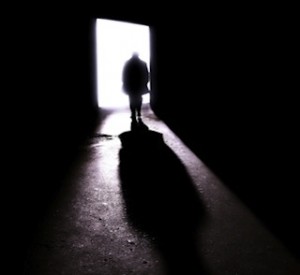 I could sense him staring at me, watching me from around the corner. He had done it a few times.

I was 12 years old, and I worked at a newsstand in a northern suburb that summer. He was an older Indian man with bad skin and a wispy combover. He creeped me out, but I was smart, I thought. I wouldn’t let anything weird happen.

Then he came from around the corner and approached me. He started talking to me, asking me my name, what I liked to do. He bought a newspaper and tipped me a few bucks. Then he asked me if I wanted to earn some money. Oh, and he’d give me some pot. I said OK — I knew it was weird, but I thought I was worldly enough to handle whatever he did. I was 12, after all.

This long-ignored memory is what I started thinking about recently, with the Penn State insanity dominating the news. The awfulness happening — rather, that happened for decades — in Happy Valley brought back that one day in a horrible room in a transient hotel.

And I’m sure I’m not the only one. I’m sure there are thousands (millions?) of people like me, who have recently had some bad experience come to the surface, unwanted. And now it won’t go away. I’ve spent 30 years trying to forget that day, but reading about Jerry Sandusky raping a likely 10-year-old boy in the shower took me back to that sweltering day.

After I finished my shift at the newsstand, I followed this man to his creepy apartment just down the block. Thankfully, my friends were waiting for me in the alley outside. (They couldn’t wait to get their hands on this pot.) The shades were drawn, but it was late afternoon so it was still somewhat light in the room. He asked me to sit in a chair and he set up a tripod in front of me. He grinned a lot, touched his forehead. He took picture after picture, asking me to smile more.

Then he asked me to open my legs wider. I realized that he was shooting the area between my shorts and my leg. I got nervous. I realized I wasn’t in control of the situation. This was getting bad. Then he said he wanted to take pictures from a different angle. He asked me to lay down on the couch that had been opened up into a bed. The sheets were yellowed and musty.

“Tighten your legs,” he said. So I did. “Put your hands on my head,” he said. So I did. And I felt him kind of… rooting around, digging his face in the area under my balls. I was mortified, frozen. I had no idea what to do. The room was completely silent except for his raspy breathing. And there was a moment or two where it actually felt good, and I thought, “Oh my god, am I gay?”

Somehow, somefuckinghow, it ended there. Somehow, I got out of there. No clothes came off, there was no penetration. And true to his word, he gave me $15 and some pot. I got out of there and ran down the stairs, and found my friends. I showed them the three joints in a wrinkled envelope, and they were elated. I didn’t tell them what had happened in the room.

The man came back around the newsstand a few times, and I told the cashier inside to call the cops if they saw him. Eventually, he never came back.

I almost never think about that day. But when I do, I want to tell my 12-year-old self don’t fucking go to this apartment. But I did. And so I want to tell myself it’s OK, you didn’t do anything wrong. You trusted someone you didn’t know, and that can be a mistake. But I know I’m lucky. I got out of the room safely. The boy in the shower at Penn State didn’t get away. And that breaks my heart.

And now it’s getting really ugly at Penn State. People are getting fired. Everyone is talking about the school and how fucked-up it is. Penn State likely going to end up losing hundreds of millions of dollars in lawsuits. It’s going to devastate that school. But I feel no sympathy.

At least Jerry Sandsky was discovered. At least there will be some semblance of justice here. But often, that type of evil doesn’t get found out. There is no catharsis. There is no relief. It just appears, and then it fades away into darkness, leaving tears and memories you simply can’t shake.

The author of this post is a Chicago-based writer who has asked to remain anonymous.