WSJ Editorial: Trump Has a Credibility Problem, Most Americans ‘May Conclude He’s a Fake President’
video

WSJ Editorial: Trump Has a Credibility Problem, Most Americans ‘May Conclude He’s a Fake President’ 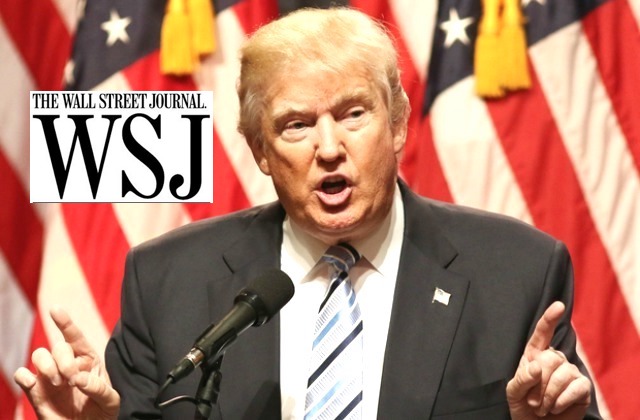 The Wall Street Journal has an editorial out tonight with serious criticisms of President Trump for his “seemingly endless stream of exaggerations, evidence-free accusations, implausible denials and other falsehoods.”

The crux of the editorial concerns the president’s wiretapping claim that has been refuted by a number of intelligence officials and the heads of the House and Senate Intel Committees. Yet, in the words of the Journal, Trump “clings to his assertion like a drunk to an empty gin bottle.”

And that’s only the tip of the iceberg, because the editorial calls Trump “his own worst political enemy” and says his falsehoods and credibility issues will continue to hurt him:

If President Trump announces that North Korea launched a missile that landed within 100 miles of Hawaii, would most Americans believe him? Would the rest of the world? We’re not sure, which speaks to the damage that Mr. Trump is doing…

Two months into his Presidency, Gallup has Mr. Trump’s approval rating at 39%. No doubt Mr. Trump considers that fake news, but if he doesn’t show more respect for the truth most Americans may conclude he’s a fake President.

Trump will likely respond on Twitter, given how he’s slammed the Journal and its editorial board in the past:

The @WSJ Wall Street Journal loves to write badly about me. They better be careful or I will unleash big time on them. Look forward to it!

The @WSJ Editorial Board is so wrong, so often. They got info from an incorrect story in another pub. Why not watch and listen to debate.

When and how are the dummies at the @WSJ going to apologize to me for their totally incorrect Editorial on me. I want "smart" trade deals.

Why wouldn't the @WSJ call for comment or clarification before writing an editorial which is so totally wrong. No wonder it is doing poorly!

.@FoxNews is changing their theme from "fair and balanced" to "unfair and unbalanced." But dying @WSJ is worse.Their phony poll is a joke!

The failing @WSJ Wall Street Journal should fire both its pollster and its Editorial Board. Seldom has a paper been so wrong.Totally biased!

.@WSJ is bad at math. The good news is, nobody cares what they say in their editorials anymore, especially me!

Please explain to the dummies at the @WSJ Editorial Board that I love to debate and have won, according to Drudge etc., all 11 of them!