‘You Just Make it a Law’: Lindsey Graham Wants 2020 Candidates to be Required to Release Tax Returns 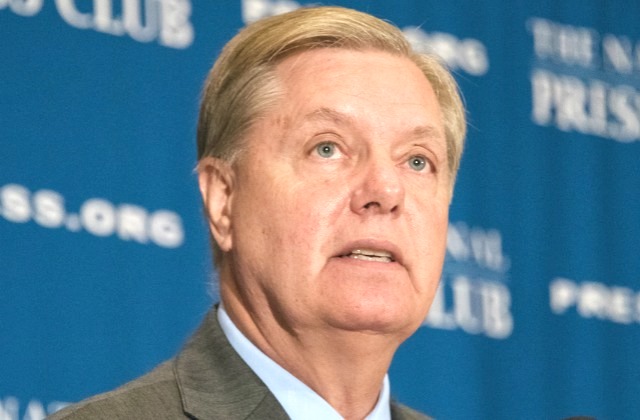 Speaking to reporters this afternoon, Sen. Lindsey Graham (R-SC) stated he would look at a way to make a law that all presidential candidates in the upcoming 2020 election would be required to release their tax returns.

“I think that prospectively what I’ll do is, any candidate running in 2020 needs to release their tax returns,” Graham stated. He added, “You just make it a law.”

Graham also told reporters that this would apply to President Donald Trump if he were to seek reelection in 2020. Trump famously refused to release his tax returns throughout the election campaign, insisting it was due to being under a lengthy audit from the IRS.

Earlier this week, House Republicans voted against a Democratic resolution that would have forced the president to release his returns.