‘You People Disgust Me!’ Beck Tears into Media ‘Carrying Water’ for Obamacare 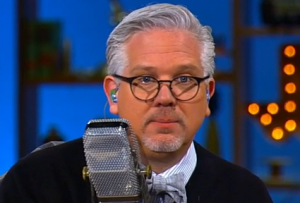 All the news this week about Obamacare has made Glenn Beck feel very vindicated about what he and his audience have been saying about the law for the past five years, and used the occasion Thursday to tear into the media for being “hacks” for the White House the entire time. He said, “They carried all the water… they did all they could to try to discredit you,” and said it’s “time to set the record straight.”

Beck went point-by-point down the list of concerns he had about Obamacare years ago that he said have now come true in the most recent CBO report about the law, citing the claims that the law would be deficit-neutral and create jobs, saying it’s doing “the exact opposite of what was promised.”

And Beck got really ticked off at the media for not just discrediting the law’s opponents, but for lecturing them every step of the way. This week the Huffington Post had a piece telling Beck what uniting principles he should talk about more, and talking about it caused Beck to really let loose on the biased press.

“You people in the press disgust me! You disgust me! How do you sleep at night?! You won’t print a word of this in context! It is important for the American people to know who they can trust, because trust is at an all-time low, and I don’t ever, ever, ever ask you for trust. Don’t trust me. Do your own homework!! I want to show the press how out-of-touch they are, because you did do your own homework!”

And while the government “gets something out of it,” Beck added, “the press has no excuse. They are lazy and ignorant.”