funny or die for the win

You’ll Never Guess Who Plays Trump in the Funny Or Die Biopic ‘The Art of the Deal: The Movie’ 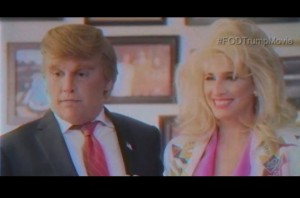 A team of All-Stars has gotten together under the Funny or Die banner to produce a hysterical new project called Donald Trump’s The Art Of The Deal: The Movie. The film, which was released in the early morning hours of Wednesday shortly after the real estate mogul declared victory in New Hampshire, features a dizzying array of talent in front, and behind, the camera.

“It was a crazy, completely nuts idea that somehow we pulled off,” said director Adam McKay about the project. The 50 minute film features — and this is true — Ron Howard, Alfred Molina, Patton Oswalt, Jack McBrayer, and Michaela Watkins.

Not impressed? Here are some more comedians who lent their talents to skewering the famous 1987 book by Donald Trump, which the mogul-turned-politician has called “the greatest book ever written”: Henry Winkler, Stephen Merchant, Kristen Schaal, Andy Richter, and even Alf. The New York Times reported that Kenny Loggins even wrote the original theme song to keep with the 80’s motif of the project.

But really, it is the casting choice of the main character himself that has people doing a double take for the comedy, which was shot and edited to give the appearance of 80’s New York City. You can now safely add “Real Estate Mogul Donald Trump” to a casting list of characters that includes the Mad Hatter, John Dillinger, Ichabod Crane, Gilbert Grape, and Captain Jack Sparrow:

Let that sink in for a second; in a relatively unknown capacity for a project that was not widely discussed, one of the world’s biggest superstars and acting talents portrayed Donald Trump in a Funny Or Die movie that you can watch here in its entirety. Here are some photo stills from the movie for further proof: 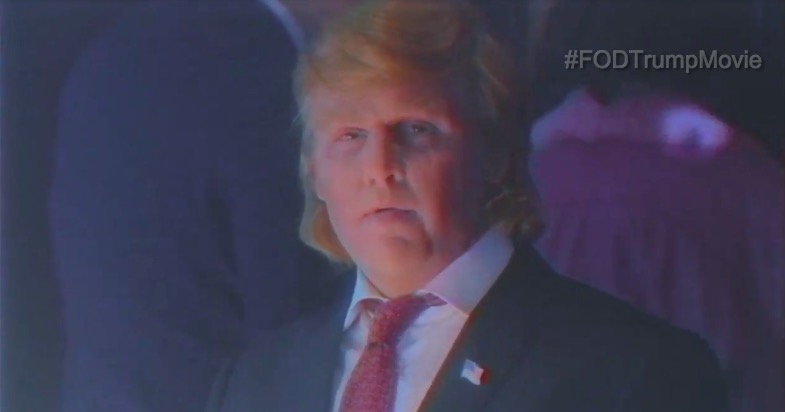 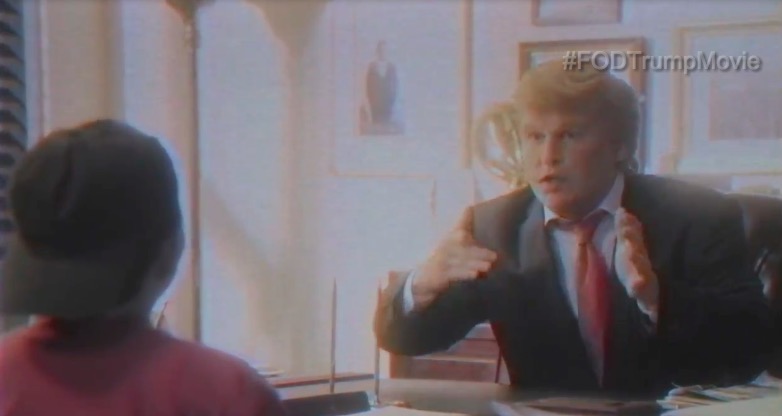 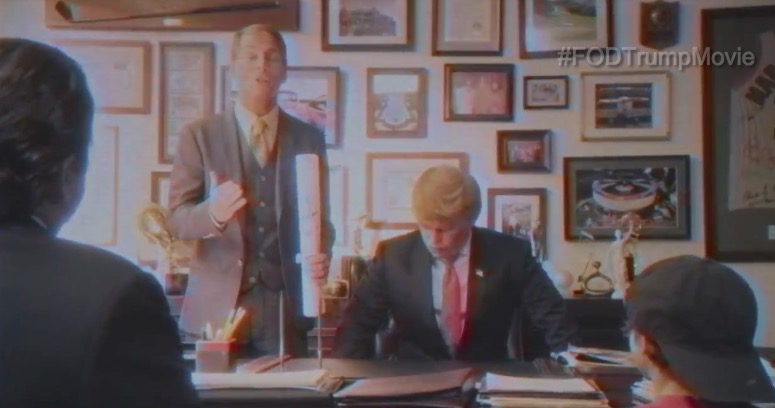 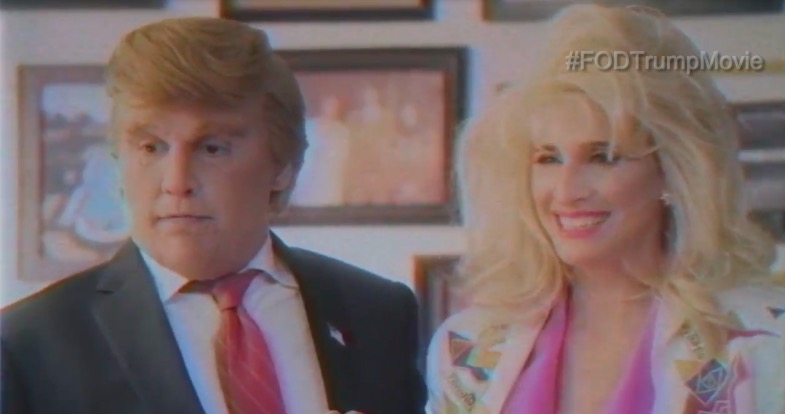 The blurb from the Funny Or Die website reads as follows:

Donald Trump has it all. Money, power, respect, and an Eastern European bride. But all his success didn’t come for nothing. First, he inherited millions of dollars from his rich father, then he grabbed New York City by the balls. Now you can learn the art of negotiation, real estate, and high-quality brass in this illuminating made-for-TV special feature, Funny Or Die Presents Donald Trump’s The Art Of The Deal: The Movie

The one minute movie “trailer” for the project also appears here.

Big props to Funny Or Die for investing in the creation of a project far larger than the usual 2-minute sketch or live UCB show that many deem worthy of political parody. By the looks of it, they really pulled out all the stops to include top talent for the #FODTrumpMovie, raising the bar for what comedy can do in an election year, not to mention keeping the thing under wraps. Owen Burke, the FoD editor in chief, said they managed to keep the project a secret by “[having] few people sign nondisclosures, but mostly we just begged people not to say anything.”

[images via Funny Or Die]
—