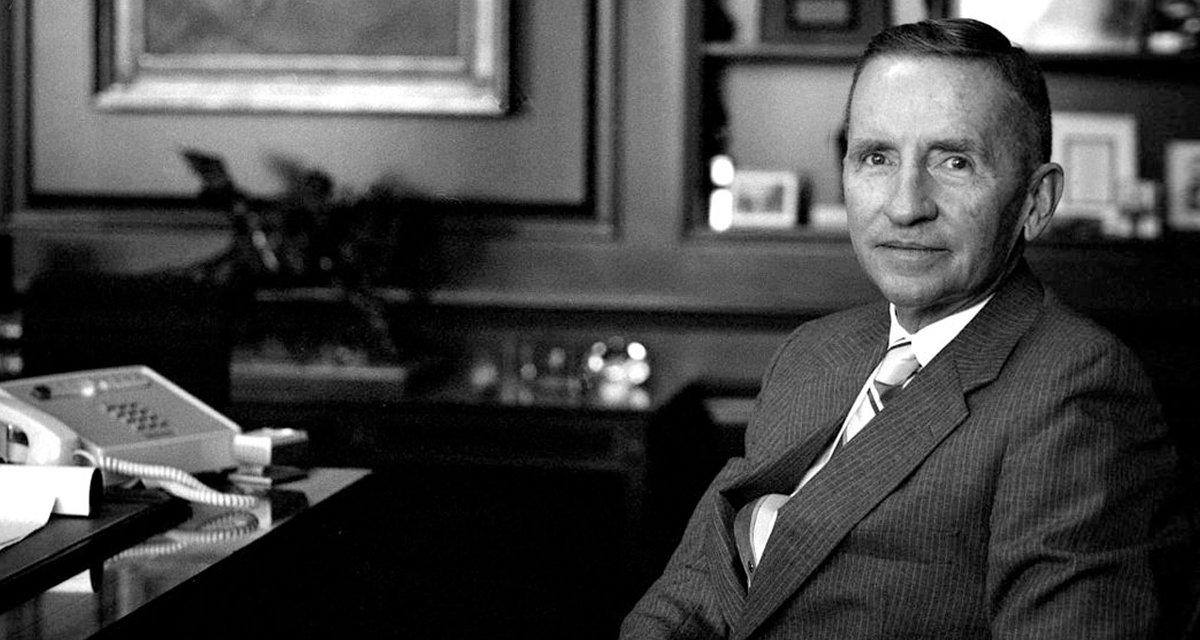 Ross Perot died today at the age of 89. His life, and specifically his two failed presidential runs, mean a lot of different things depending on the prism through which you see politics, but for me they provided the moment I realized that the news media is just a business, and a rather corrupt one at that.

In 1992, Perot, a billionaire with the resources to run a legitimate independent campaign for the presidency, first ran for the highest office in the land. He was garnering significant support and making what was once thought to be an easy re-election campaign for then President George H.W. Bush into an unpredictable and exciting three-way race with Democratic candidate Bill Clinton.

Then that summer, suddenly and without a clear explanation, Perot dropped out of the race. The decision appeared to have something to do with the conspiratorial Perot believing that Republicans were out to sabotage the wedding of his daughter, a crazy theory that Perot himself admitted had no evidence to support.

The entire incident revealed what Perot’s critics had said about him to be true. He was an unstable nutcase who had no business being president of the United States. When he stopped his candidacy however, that was not at all the media reaction to the news, especially not behind closed doors.

At the time, many careers ago, I was a television sportscaster at WTOV, a small NBC affiliate in Steubenville, Ohio/Wheeling, West Virginia. After Perot’s announcement dramatically shook up the race, I was even more stunned by a memo (there was, of course, no email at the time) which was posted in our tiny newsroom.

We were informed, clearly and without a hint of plausible deniability, that Perot dropping out was going to cause the station to have to cut back on spending. You see, Perot was expected to spend a lot of money in the key state of Ohio, and was even planning on buying hour-long blocks of time on local television stations to make his case that America was on the brink of financial disaster and that only he could save us.

With Perot gone from the race, so was that “bonus” money on which the station had somehow already been counting. For a small-market television station now just starting to have to compete in a fragmented cable universe, losing out on Perot’s money was like finding out after your rich uncle had died cut you out of the will.

I vividly remember being rather surprised by the content and honesty of the extremely rare memo that was posted, but its true significance didn’t come fully into focus until that fall. That was when I fully understood the idea that the news media’s primary function was to tell the truth — regardless of consequences — was pure fantasy.

This all came together when Perot, who was already on the ballot nationwide, suddenly re-entered the race just in time to be included in all the presidential debates. Instead of making the narrative that Perot’s extremely erratic behavior showed that he was totally unfit for any office, the news media nearly universally celebrated his return from the perspective of what it brought to the horserace angle, which most political observers thought would help Clinton by taking votes away from Bush.

Of course, with that memo still fresh in my mind, I saw the media’s kid-glove handling of Perot’s return in a very different way. To me, it was very clear that a part of what was driving this was that large factions of the news media were rejoicing in being brought back into the will, and were wary of making sure that they didn’t piss off the guy who was going to be determining which media outlets he was going to be spending many millions of dollars in a very short period of time.

A very strong case can be made that the news media welcoming Perot back into the race, as opposed to portraying this development as both absurd and dangerous, played a critical role in Clinton’s eventual election, as well as changing the course of our entire political history. But perhaps just as significant as that, was that this episode showed exactly how our news media really operates, and why certain narratives take hold while others do not.

It was this backdrop that made it so clear to me, sooner than almost anyone else, that the conservative media was going to sell out to Donald Trump in 2016 in very much the same way that the national and local media handled Ross Perot in 1992. Much like Perot did before him, Trump fit perfectly into both their ideological and commercial agendas.

Similarly, the same kind of corrosive factors can be seen heading into the 2020 presidential election. Trump has consistently, and I believe correctly, predicted that the news media has a financial incentive for him to be reelected, while there is an inverse motivation for nearly all media outlets with regard to the Joe Biden’s candidacy.

Ironically, anti-Trump billionaire Tom Steyer announced today that he is running for re-election as an independent. As has been said many times before, those who do not learn history, are doomed to repeat it.