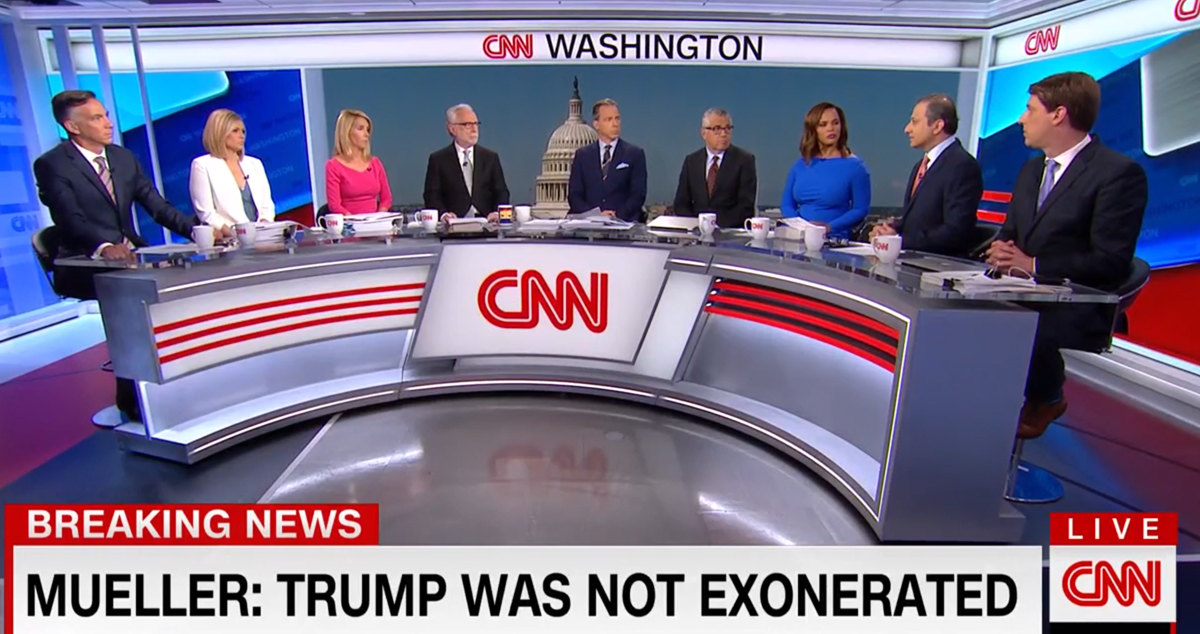 The cable news ratings are out for the Mueller hearings this week, and it was Fox News that took the crown, beating out MSNBC, which spent days trying to convince viewers Fox wouldn’t even cover it.

Fox’s Brian Flood wrote about the ratings victory, and referenced the rumors, saying in his Thursday article that “MSNBC honchos probably wish [MSNBC contributor Joyce] Vance’s bogus claim was accurate, as FNC topped the liberal network by over a half-million viewers during Mueller’s hearing.”

In every contest where there is a winner, there is also a loser, of course. In the ratings race that loser was CNN. Big time. The network came in behind both rivals FNC and MSNBC, as well as behind ABC and NBC News, coming in sixth place. The caboose.

CNN’s media analyst and critic Brian Stelter wrote Thursday about the overall impact of the televised hearing, as compared to prior equivalent events, and was not impressed.

“If Democrats were banking on massive viewership of former Special Counsel Robert Mueller’s televised testimony, they’re feeling broke today,” he wrote on Thursday. “The Mueller hearings had a loyal audience, but they didn’t break any ratings records. Not by a long shot.”

Stelter explains that the hearing, in total viewers across the television outlets, was in line with Michael Cohen’s testimony earlier this year, but didn’t remotely measure up to the James Comey hearing or Brett Kavanaugh hearings. But, as Stelter points out, the daytime audience was still about double the normal, day-to-day fare.

He’s right that it shows there is still attention, and also right that it could nevertheless show there’s some wear in the tread, that the interest is waning.

What that analysis lacked was actual numbers or the ratings horserace. Perhaps because, in an article analyzing the correlation between ratings and public interest, printing out the depressing CNN numbers would have led to some uncomfortable but obvious corresponding conclusions about the network.

Then again, in Stelter’s analysis of the ratings for that big Comey hearing, the numbers were deemed relevant.

In a sense, saying “our network in particular had a scary bad ratings day” was not necessarily integral to the point. But in another sense, not laying out the receipts when it’s an article about ratings is something that’s hard not to notice.

This isn’t quite ominous enough to label it “omission”, but by — let’s say, skipping — by skipping the data, the analysis misses any overall driving point. Perhaps interest is waning in the hearings. Is that divided by the particular audience demographic of the networks? Is it affected by an overall audience decline for one particular network’s particular commentators and “reaction” panels?

Maybe. But you have to print the numbers first if you want to pick them apart.

(This post has been updated to include the non-last-place finish in the key demo for CNN.)