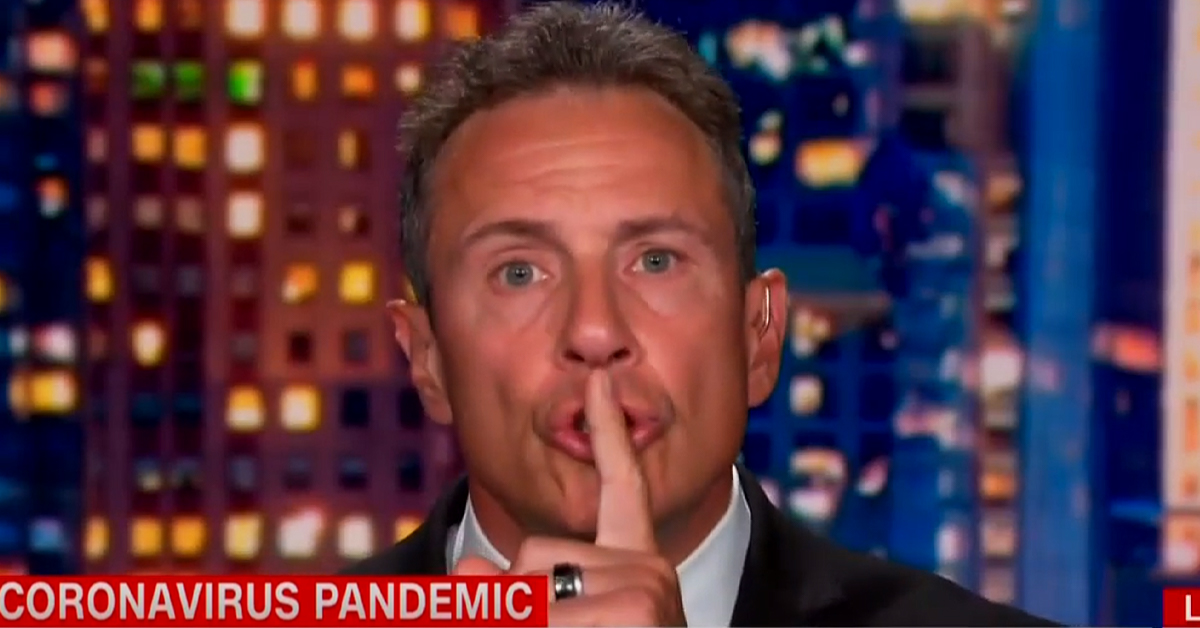 Situational ethics, like moral relativism, is a phrase frequently used in political punditry to ascribe to an opponent a lack of principle or to imply opportunistic or self-serving behavior. Separate from the philosophical definitions, in this context the essential premise is not that one judges the ethics of an act based on context, but rather that a person has or does not have ethical standards at all, depending on whether having them is beneficial or detrimental to one’s immediate ends.

It is in that context that CNN’s Chris Cuomo used the phrase on Saturday, in tweeting about Republican leader Sen. Mitch McConnell taking to the microphone to offer a blistering condemnation essentially calling former President Donald Trump guilty of all the things that McConnell had just moments before voted to acquit him of.

#Remember situational ethics are the problem. We need the best of us to lead us https://t.co/TktjmgLQHF

It is an interesting criticism coming from the CNN anchor who has spent the last several days, if not the last several years, either avoiding negative reporting about his brother, Gov. Andrew Cuomo, or actively attempting to counter that reporting. And worse, that his network seems to have adopted that same policy.

This week news broke that Gov. Cuomo and his staff conspired to withhold critical health data, when they deliberately hid death toll totals in New York nursing homes from the state, the federal government, and the press. A major deception.

The magnitude of the scandal, and the high profile of New York’s response and the Governor in particular, who has been receiving plaudits, praise, book deals, and even an Emmy award for his pandemic response, make it a Grade-A, top quality news story.

And notably none at all from anchor Chris Cuomo.

In fact, the only appearance of the word Covid in last night’s Cuomo Prime Time was in a single commercial break, in an ad about vaccines.

Before last night, Cuomo has extensively covered the pandemic in general, with heavy criticism of governors in particular. Well, except for that one governor.

You might think to yourself, ‘well gosh, you can’t expect him to condemn his own brother,’ but if you did, you’d be forgetting that it’s too late for Cuomo the younger to recuse, having repeatedly and flatteringly covered his brother’s administration on the pandemic, including interviewing him personally on his show. Famously light-hearted interviews, given the context, and now in retrospect grotesquely inappropriate.

Not to indulge in a butwhatabout, but it would be more than an oversight not to point out that CNN dedicates a significant amount of time and Brian Stelter energy to attacking Fox News over conflicts of interest, partisanship, “revolving doors” and other journalistic lapses. Yet this rather deep valley in their own ethical high ground seems to sit fine with the other anchors and Stelter himself.

Since Friday night’s report by Erin Burnett, the scandal has continued to receive scant coverage on CNN, and much like he did with his show, Cuomo the anchor has avoided the topic of Cuomo the governor on his Twitter in favor of moral grandstanding on impeachment news.

It seems obvious now, and should have seemed so all along, that the brother of a Democrat governor frequently at war with a Republican president over Covid wasn’t the best person to be interviewing and offering puff piece reporting on that brother’s administration and its response to Covid. How that was not obvious is beyond reckoning.

Despite the daily lectures about their competitor, CNN is very like Fox News in that the network frequently uses the platform of opinionated hosts to introduce stories that their news division can then cover as news. “Last night on Hannity” = “last night on Cuomo Prime Time.” So failing to report on his brother, or offering fluff, could just be the tip of the biasberg.

Perhaps what Mitch McConnell demonstrated on Saturday was an example of situational ethics, in either the philosophical or political sense.

But Chris Cuomo’s situational journalism is itself a scandal, and not a small one. It’s about a lot more than dragging his feet on his brother’s growing scandals. It raises questions about all of his coverage, and his network’s too.