How Media Paved the Way For Trump: Trump Reaps What the News Media Has Sown 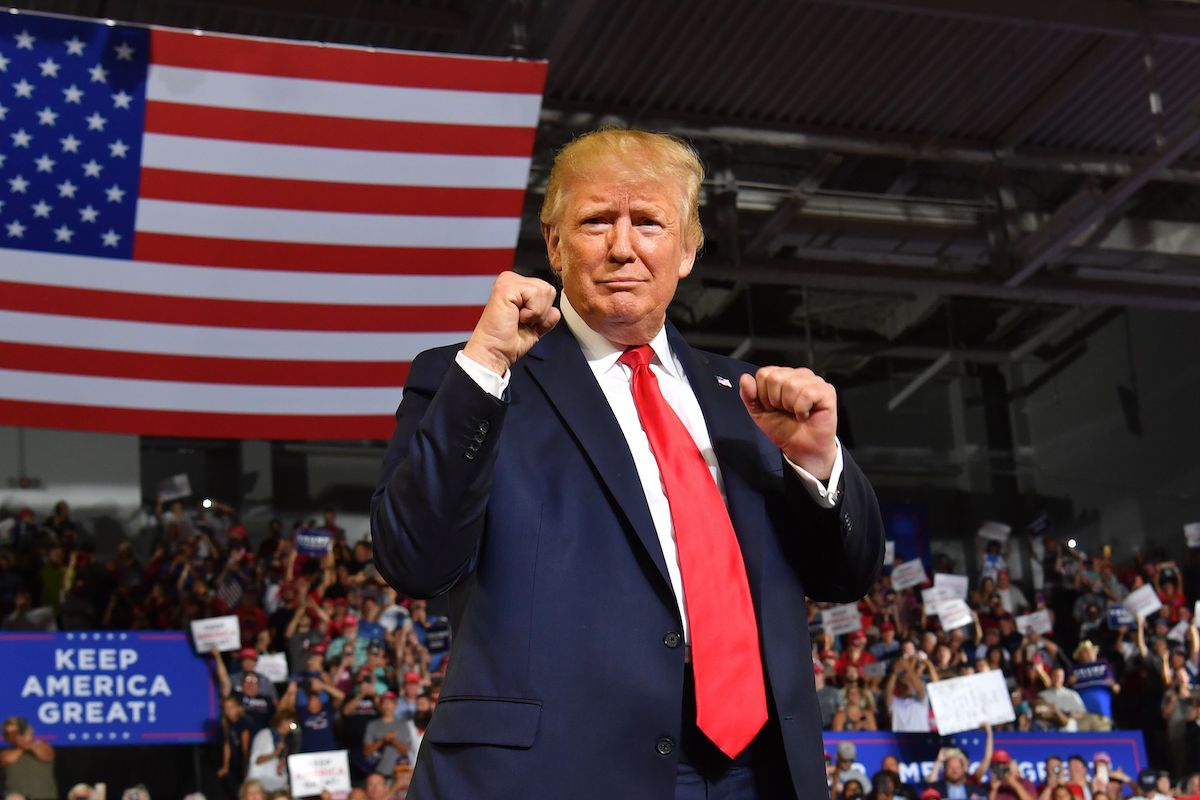 This is part eight of an eight-part series of columns by senior columnist John Ziegler, telling the story of the relationship between the mainstream news media’s demise as a cultural institution and the rise of Donald Trump, not only to the presidency of the United States — but as someone who now, despite unprecedented media opposition, is currently poised to be possibly reelected. Part seven can be found here.

As the first seven parts of this series have documented, the historical decline of the mainstream news media has created many vulnerabilities in our system of information dissemination and consumption. Almost all of them appear to have been — figuratively — designed to enable Donald Trump’s rise to the presidency and his ability to maintain that position when previously, based on his many transgressions, he would not have been able to do so.

Over the last three decades, in a desperate bid for survival, the news media has dramatically increased the value placed on celebrity, ratings, quick soundbites and salacious headlines, and appealing to a rabid fan following. Simultaneously, the importance of substance, credibility, honesty, principles and appealing to all Americans has evaporated as quickly as book stores at the local mall.

It should not really be much of a surprise that, in such a vacuous and superficial era, we would end up with a president who is a huge celebrity, ratings-generating, soundbite and headline-creating, pathological liar with no substance, no credibility, and no principles, who rules with minority support and a cult-like fan base. In fact, an enormous part of why Trump is such an incredibly good manipulator of the news media is that he is so much like the most important people who run the business.

Trump is an incredibly insecure narcissist, of average intelligence and a tiny attention span, who is in desperate need of public affirmation and seeks that mostly in the form of money and fame. To various degrees, the vast majority of modern news media members, especially those who play major roles on Trump’s favorite medium of television, share exactly the same qualities.

Trump knows how the typical media member will react to any situation because all he has to do is gauge how he would respond to it himself. As president, this has allowed him to mostly remain a step ahead of the news media, not unlike how the cartoon Roadrunner was always able to elude his nemesis Wily E. Coyote.

In reality, the biggest difference between the battle between President Trump and the news media and that of that classic cartoon is that their relationship is more symbiotic. With Trump and the media, both parties greatly benefit from what appears to be, at least on the surface, a highly contentious conflict (in other words, while the media may end up occasionally getting an ACME anvil dropped on their head, they are at least getting good ratings and easy content out of the deal).

From the moment Trump took office, the mainstream news media (including some platforms like MSNBC’s Morning Joe, which helped Trump get elected) has been clearly been, not without legitimate reason, out to “get” him. While there were usually substantive reasons behind their efforts, there is no doubt that at least part of their motivation was to try to make up for having failed to prevent him from becoming president in the first place.

For Republicans, the comically dissimilar manner in which the mainstream news media reacted to Trump’s election (depression, followed by almost zero “honeymoon” period) and that of Barack Obama’s (elation, sparking an eight-year honeymoon) was the final nail in the coffin for any remaining credibility the media still may have had with them, especially after having been so embarrassingly wrong about Trump losing. The mainstream media’s ability to influence Trump’s political base became even weaker than Harvey Weinstein’s current ability to get a major movie made.

The coverage of the Trump administration has seen the two major media planets — conservative and liberal — now separated so dramatically that they no longer even share the same gravitational pull. The “conservative” media, now fully invested in not revealing their 2016 con, and afraid of alienating Trump’s “Cult 45,” has become state-run news, while the mainstream media has created the impression that America is currently being run by an incredibly dangerous and unfit man who may be more loyal to other countries than our own.

While substantively the vast majority of mainstream coverage of Trump has been credible and accurate, their relentless attacks have been remarkably ineffective in weakening him politically. This is mostly because their past sins, along with massive fragmentation, has rendered their reporting totally irrelevant to most Trump supporters. It’s also because of their own short attention spans and Trump’s masterful exploitation of that weakness.

Instead of drilling constantly on just a few key subjects and making sure that those important stories reach critical mass, the mainstream media has, instead, acted like they are playing whack-a-mole. Each time they get close hitting pay-dirt on one topic, a brand-new shiny object pops up and they immediately drop everything to start trying to nail Trump on that drama instead.

The net result is that nothing ever makes a real impact, and Trump benefits from the impression that the media is just throwing everything they can up against the wall in the desperate hope that something will finally stick. The best example of this phenomenon may have been when the New York Times did some amazing reporting destroying the entire Trump family scheme to avoid taxes and Trump’s own fraudulent financial history, put the huge story on its front page, and even reprinted again later the same week, and the bombshell was still immediately forgotten, partly because it was just too complex for the rest of the media make work in tiny and simple morsels.

The one subject that the mainstream news media did stick with was obviously the saga of Russian interference in the 2016 election. But even there, the media’s own frailties helped allow Trump to survive when the factual record should have made that impossible.

Because they are incredibly impatient and undisciplined, numerous mainstream outlets could not resist getting way ahead of the story, thus creating expectations for what would eventually be proven that were completely unrealistic and which played right into Trump’s hands. In general, the media somehow managed to devote incredibly large amounts of coverage to the story and yet never was able to tell a coherent and reasonable narrative about what actually happened.

To this day, incredibly key facts about the investigation (like Trump trying to build a Trump Tower in Moscow while the GOP nominee and lying about it) are not known by the majority of the public. By the time the presumed storyteller, Robert Mueller, finally got his say, it was too late, partly because Attorney General Bill Barr had already duped the media, and because Mueller himself, a relic of a prior media age, was simply not up to the task.

Now, as we head into the 2020 presidential cycle, Trump himself has often raised the incredibly important and fascinating topic of whether the mainstream news media, despite their obvious disdain for Trump, can survive economically without him. Coming just after the daily insanity of Trump’s first term, a Joe Biden presidency, for instance, would be from an entertainment perspective like asking movie viewers to go back to silent black and white films (I have already written that not having any media invested in his success will cause his campaign very significant challenges).

It is quite possible that by November of 2020 Trump will be so politically unpopular that the news media couldn’t salvage his re-election effort even if they wanted to pursue their own self-interest. However, if it is close enough for them to matter, history would suggest you shouldn’t bet against them doing only what they think will be best for themselves, no matter how bad it might be for the country.