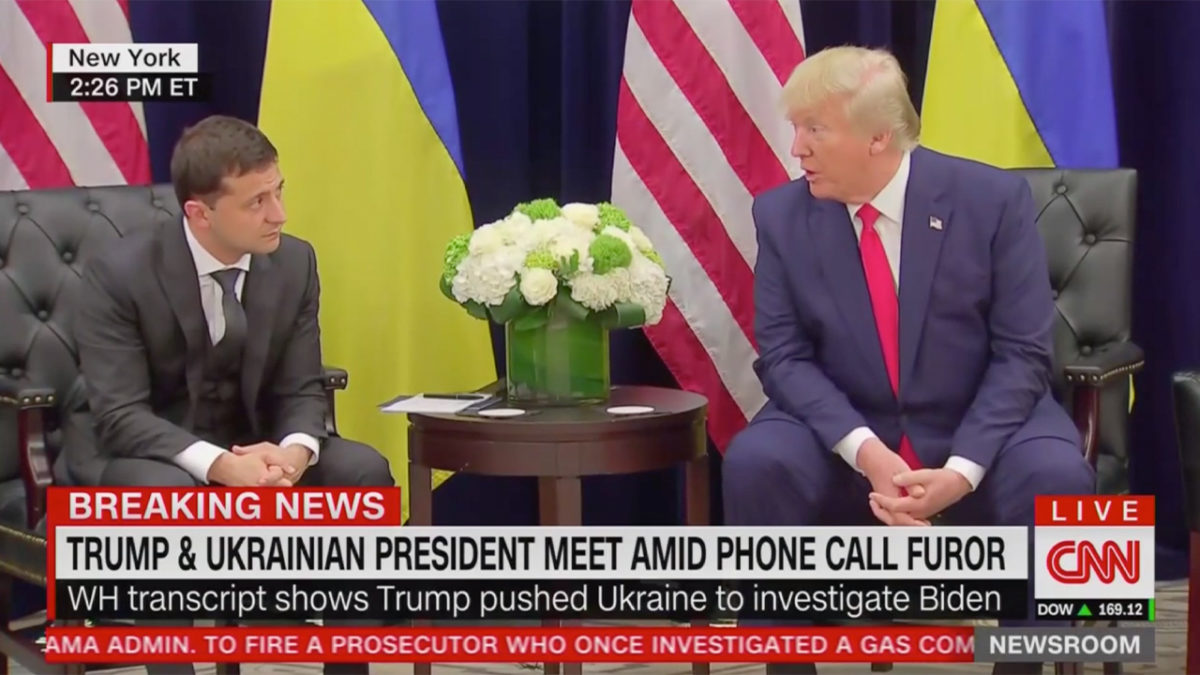 While the House impeachment inquiry hearings have essentially wrapped, the world of political media will fill the next few weeks with analysis, opinion, and discussion programming that frame the testimony and commentary into a narrative. One that will influence, or could even decide, the political future of President Donald Trump.

As things currently stand, two things seem certain to happen: 1) the Democrat-controlled House of Representatives will vote to impeach the president citing evidence put forth in the public hearings from the last two weeks, and 2) the Republican-controlled Senate will vote to acquit and NOT remove Trump from office.

The media coverage thus far is prematurely focused on impeachment and removal from office (fueled in part by a Republican effort to frame all questions about Trump’s conduct as removable from office or not) much to the detriment of the public benefit, overlooking significant issues that should be discussed, analyzed and decided on before we get to that spot.

While this may seem obvious, the crux of most media coverage remains focused on whether there was a “quid pro quo,” or even the charge of bribery. This prematurely focuses on the how he pressured Ukraine, then how he planned to enforce his ask. Sure, it’s a related question, but it is not the same question.

Here follows a very simple guide to how this Kansas-raised and Brooklyn-based humble father of two believes the political media should be framing this discussion.

Did President Trump use the power of the executive branch to pressure a foreign country for his own political benefit?

If one is to believe the stunning testimony of career foreign service officials like as Bill Taylor, Marie Yavonovitch, Tim Morrison or Fiona Hill, then there is ample evidence that, at the very least, Trump leveraged a White House meeting, and perhaps even withheld Congressionally-approved military aid, in an attempt to pressure Ukraine President Volodymyr Zelensky to announce investigations.

(Side note: the alleged leveraging of a White House meeting and withholding of Congressionally-approved military aid are different things and can not be conflated.)

This conversation should focus first on the broader idea of asking a foreign power to influence domestic politics — and not the pat “quid pro quo” talking point — which is a more honest framing of Trump’s overall policy. Quid pro quo is merely the leveraging tactic and overlooks the actual conduct and motivation of the president in question.

If your answer is no, the president did not pressure Ukraine to investigate his political rival, then that’s the end of the story. But if the answer is yes, or even “maybe”, we move to question two…

Is it wrong for a sitting president to ask a foreign country to investigate a domestic political opponent for his own political benefit?

Some ardent Trump supporters have argued that this is foreign policy at work. But is this a precedent that they really want to be setting? That U.S. foreign policy should be driven by the domestic political grievances of the commander in chief?

In a White House press briefing Mick Mulvaney strongly suggested that tying domestic politics to foreign aid is not only NOT wrong, but that it “happens all the time.” It’s unclear when, he didn’t provide examples.

Let’s say it is wrong. Few seem to dispute this. Then, the question is, to what degree? There is a significant difference between just overlooking accepted diplomatic standards, larger malfeasance, or even abusing the power of the office of the president.

If Trump crossed a line then what is the appropriate consequence?

The final question that should be asked is: If one believes that Trump did cross a line — as 70% of Americans seem to believe according to a recent IPSOS/ABC Poll — then what? What now? Punishment? Reprimand? What next?

A person can reasonably take the position that, yes, what President Trump and his administration did was wrong, but still hold that it is not worthy of office removal. It is fair to think that the public nuisance and shame of the impeachment proceedings is enough or perhaps splitting the difference, censure is the appropriate ’slap on the wrist,’ to discourage future behavior. And some do think that.

But if you believe that Trump unfairly wielded the power of the most influential office in the world, that his behavior was and is wrong, and to ignore it would set a very dangerous precedent moving forward, then one can only arrive at the tough decision that there must be a more substantial consequence to deter such behavior moving forward.

Perhaps censure is the best solution, or office removal makes sense. According to the ABC/Ipsos poll, right now just over half of the country is all-in on office removal. Polls that follow the last two weeks of testimony will be more revealing.

As I mentioned earlier, I don’t actually think that Trump will be removed from office, nor do I believe that doing so would necessarily be the best long-term solution. But I think it’s clear that he abused the power of his office in a manner that, by conscience and by duty, we cannot let stand without some sort of acknowledgment and/or punishment.

But I don’t think he will be removed from office and I’m okay with that for now. Why? Because I believe that the healthiest thing that can happen to our currently divided body politic is to have this decided by the general election in 2020. And I believe that, while the Senate trial will probably be resolved in the first quarter of next year, President Trump will be so damaged politically by the proceedings that his reelection looks like very long odds.

And I suspect that was Speaker Nancy Pelosi’s plan all along.