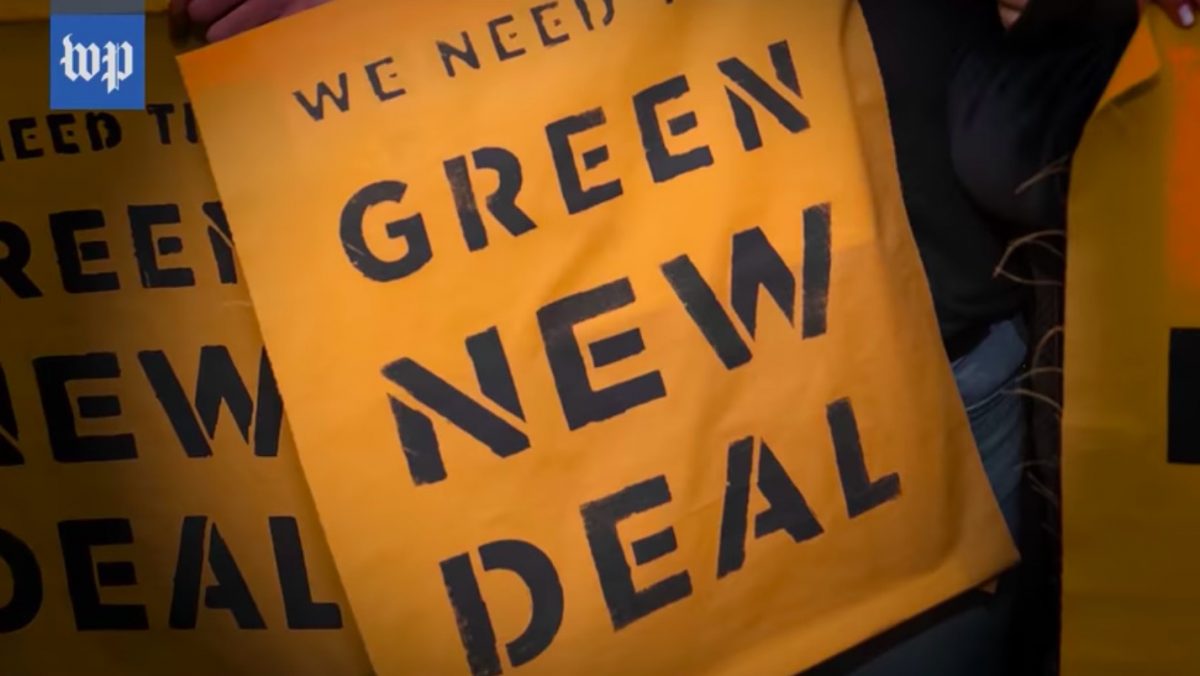 And in case you didn’t get it, this is not an actual “conservatives pounce” story, though there was plenty of “conservative pouncing,” only because some of the suggestions seem to be borderline insane.

Here are some of the proposals and justifications in the Green New Deal (emphasis added):

Back of the envelope math: That means retrofitting 39,179 buildings/housing units every day for 10 years straight.

Any proposal to radically reduce US carbon emissions in the near term *while also* completely phasing out nuclear power is not a serious proposal https://t.co/8t2oexrpmO

(this is how the entire green new deal would go) https://t.co/K8AtpvbyPD

Green New Deal: “We set a goal to get to net-zero, rather than zero emissions, in 10 years because we aren’t sure that we’ll be able to fully get rid of farting cows and airplanes that fast” https://t.co/N6etbnTfIq

Speaker of the House Nancy Pelosi (D-CA) seemed to not take the deal seriously.

“It will be one of several or maybe many suggestions that we receive,” Pelosi told Politico. “The green dream or whatever they call it, nobody knows what it is, but they’re for it right?”

It is also worth noting that if the deal were to pass, it would not actually do or create anything since it is non-binding. “Instead, it would potentially affirm the sense of the House that these things should be done in the coming years,” NPR reported.

Despite the full details of the deal having not yet been released, many of the declared 2020 Democratic candidates have come out in support of it.