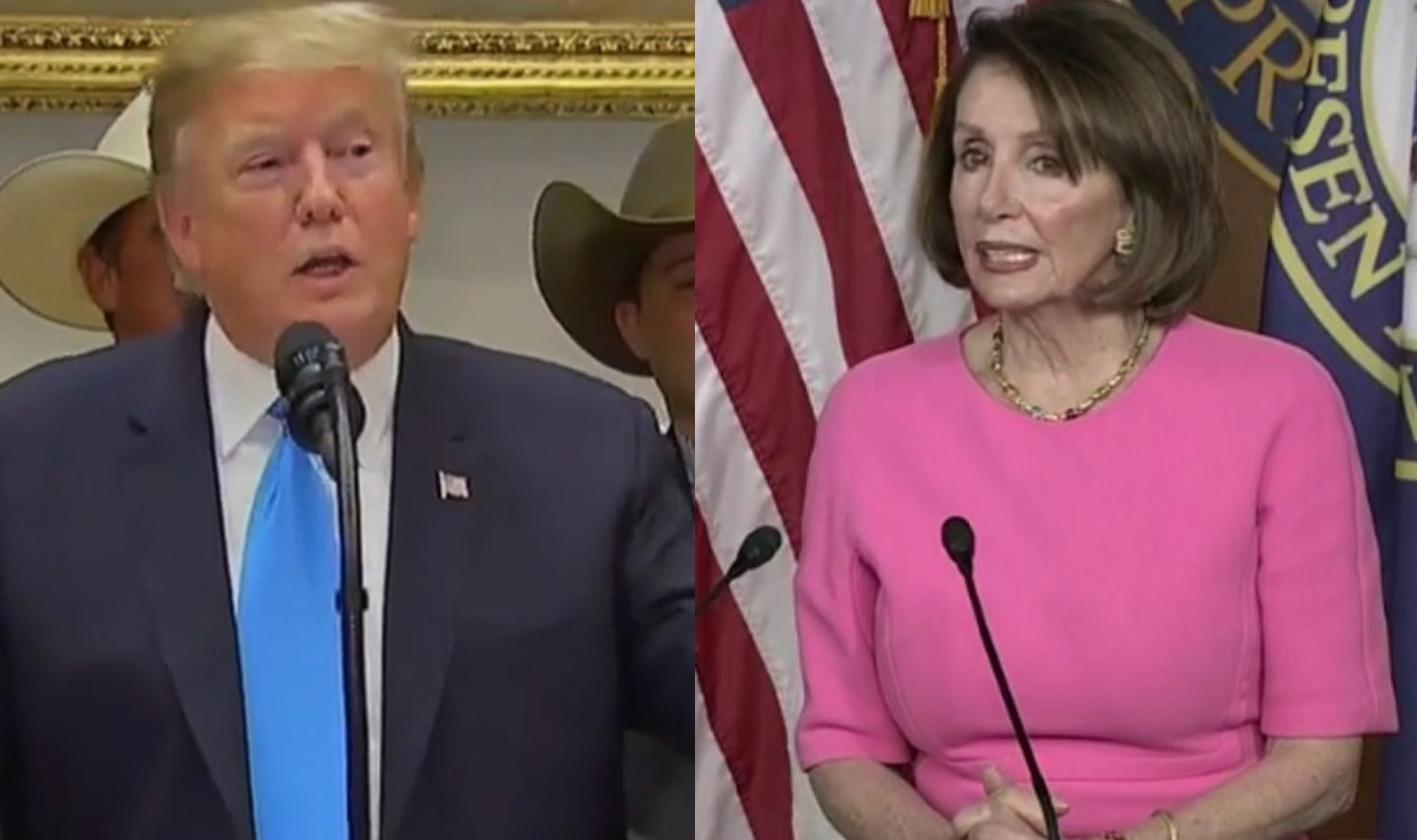 The current back-and-forth between President Donald Trump and House Speaker Nancy Pelosi has been as ugly a chapter as any in recent political history. And while future historians will almost certainly frown at this, the unpleasant back-and-forth may very well portend a significant effect on our body politic.

For those blissfully unaware, Speaker Pelosi questioned the mental health of the Commander in Chief after he left a White House meeting on infrastructure, later adding that she was “concerned” about President Trump and wished White House staff and family members would “stage an intervention.”

In the President’s patented “hit back 100 times harder” tactic, Trump responded by asking “what’s going on” in a tweet that included an unfairly edited video that only featured Speaker Pelosi stammering.

Minutes after, Trump’s personal attorney Rudy Giuliani followed by asking “what is wrong with Nancy Pelosi” and tweeting a doctored video that made the House Speaker appear drunk by slurring her words. He eventually deleted the tweet (then later apologized in a nonsensical manner) but the message was clear: Trump and his supporters were going to go after Pelosi’s mental fitness in a tougher (and more unfair) manner than she went at Trump’s.

This political back and forth over “who is crazier” was immediately reflected in political media in the most predictable fashion. Fox News’ host Gregg Jarrett has recently become quite critical of Pelosi’s mental fitness and was the source of the video tweeted by Trump.

On the left, Morning Joe hosts Joe Scarborough and Mika Brzezinski repeated their claims that, according to unnamed sources “close” to him, President Trump is in “decline” and pre-dementia.”

Relatively nonpartisan Howard Stern even got into the act, telling CNN’s Anderson Cooper that he believes his old friend (and frequent radio show guest) should undergo psychotherapy because he can assure us that Trump “has been traumatized.”

These very personal missives that attack the mental fitness of each other, however, has brought to light an unpleasant truth about our elected officials: the vast majority of them are much older than in years past and, as result, perhaps not as sharp as they were when they were first elected.

This is not an example of ageism. The deterioration of mental fitness as one gets older is a well-proven concept. And one can reasonably argue that as one gets older, serves longer in office, the experience accumulated more than makes up for deteriorating mental acuity.

But the serious advantage that incumbents have in each and every election — combined with a rather dramatic uptick in life expectancy — has led to a steady increase in the average age of Congressional members since 1981. That has changed this year, however, due to the election of a number of millennials that have dropped the average age in 2019 for the first time in nearly 40 years.

Now that dementia and mental sharpness appears to be fair game in the cutthroat world of politics, the American electorate will likely hear only more ageist attacks, which in turn, will likely lead to more fresh faces — and lesser experience — in Congress.

Many might argue that fresh faces are just what this nation needs, and electing younger politicians that better relate to a broader swath of the nation’s demographic make-up is a healthy development. But that evolution is a dual-edged sword that also limits the collective wisdom of experience that many in Congress currently provide.