Mediaite's The Interview: Olivia Nuzzi on the Future of Trump 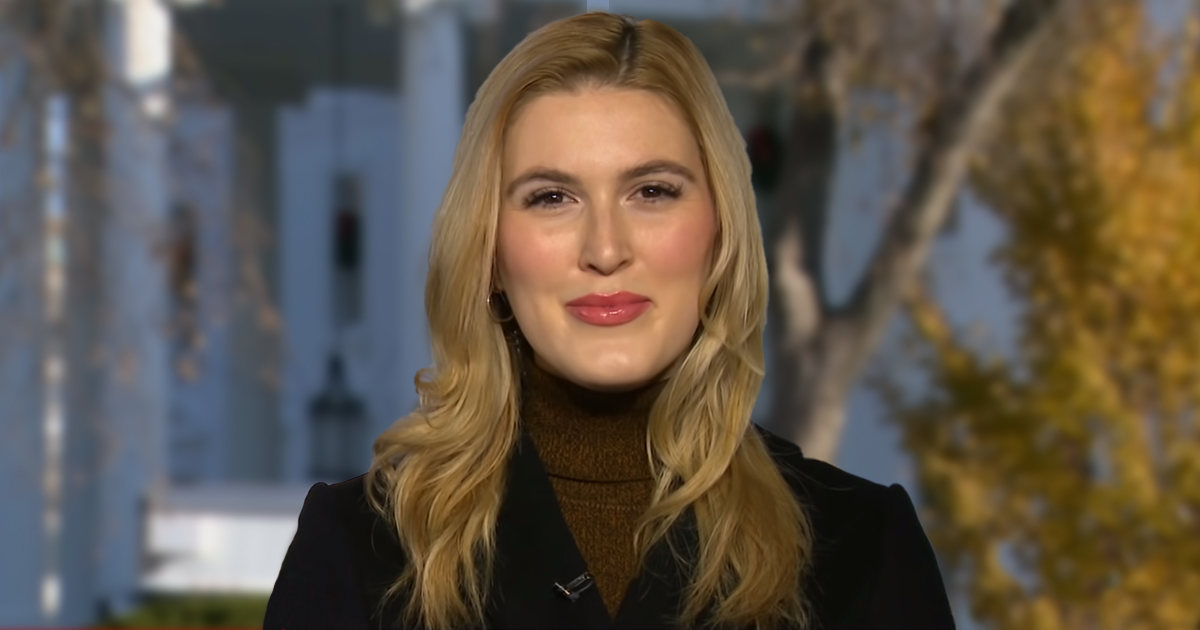 Her dispatches on the ever-evolving cast of bizarros that populated MAGA-land — highlights included a revealing profile of Hope Hicks and a boozy lunch with Rudy Giuliani — were vital for understanding the era.

Thanks to a deep well of sources in and around the Oval Office, Nuzzi pumped out colorful and newsworthy reports on a particularly the chaotic White House. Her August cover story chronicling the tragi-comic collapse of the president’s re-election bid was a rich — and in hindsight, prescient — account of a very Trumpian campaign.

The Trump presidency, in many ways, ended as it began: with an enormous crash. After losing the 2020 election, and waging an absurd fight to undo its results, Trump found himself virtually alone in the White House by January. The few staffers that made it to the end were slinking out the back door by time a mob of Trump supporters stormed the Capitol Building in an attack that killed five people.

As harrowing as that day was, the clattering end to the era remained soaked in the bizarre: The most prominent face of Trump’s attempted coup is now Mike Lindell, the CEO of MyPillow, whose products Nuzzi reviewed.

That conclusion was well-tailored to her reporting. For this week’s episode of The Interview, I called her up on Thursday, a day after she attended the inauguration of Joe Biden, to get a sense of how Washington D.C. is set to change now that a new administration has quietly installed itself in town.

Nuzzi says she is anxious about the new era — Trump was something of an assignment editor for the last four years, and now he’s out of power and off Twitter — but confident that the Biden White House will be a good story, if a slower one.

“The most important thing to the president of the United States was gossip,” Nuzzi said of Trump, explaining that senior officials in the White House would mobilize en masse to participate in any story with a whiff of palace intrigue. “In the beginning it was just an extremely crowded, busy place with all of these people who hated each other, hated themselves, hated him, eager to spend all of their time trying to knife each other in the press with leaks or to knife him.”

She still intends on covering Trump, but will shift her focus towards the new administration.

“If I’m looking forward to any aspect of, like, being robbed of all of the crazy Trump characters and not having occasion to write about them anymore, it’s that we get to be creative again and think hard about people who are not so obviously, flamboyantly insane. And that sounds interesting to me.”

Now that D.C. is under a new regime, Nuzzi says Trump officials are worried about what comes next, particularly in light of the January 6 Capitol riot that left a stain on the administration.

“In the immediate term, January 6 makes it… impossible for the kind of typical revolving door with cable contracts and all of that to happen,” she said. “I was talking to someone last weekend who was saying immediately, it’s impossible, I’m not going to get hired by CNN or MSNBC as a commentator. But maybe nine months from now I’ll be able to do that.”

The Trump children are another story. Jared Kushner and Ivanka Trump are moving to Florida, and will likely play some sort of role in Republican politics. Nuzzi says she expects Lara Trump, the wife of Eric, “to run in North Carolina almost as a Trump kid trial balloon.”

Turns of phrase like that help demonstrate why Nuzzi was a master chronicler of a wild four years in DC. Her literary verve made her a must-read on a beat which regularly lends itself to stodgy journalism. And it has positioned her to be one of Washington’s go-to correspondents for the new administration.

To that end, Nuzzi gave us some great insight on the future of the Trump clan. She also named her favorite Trump crony, and told us whether she was responsible for the president’s infamous “bleeding badly from a facelift” tweet.

Listen to the full episode now.