The Interview: John Avlon on His New CNN Show on Extremism

‘The Lunatic Fringe Has Hijacked America’: CNN’s John Avlon on His New Show Investigating the Rise of Extremism 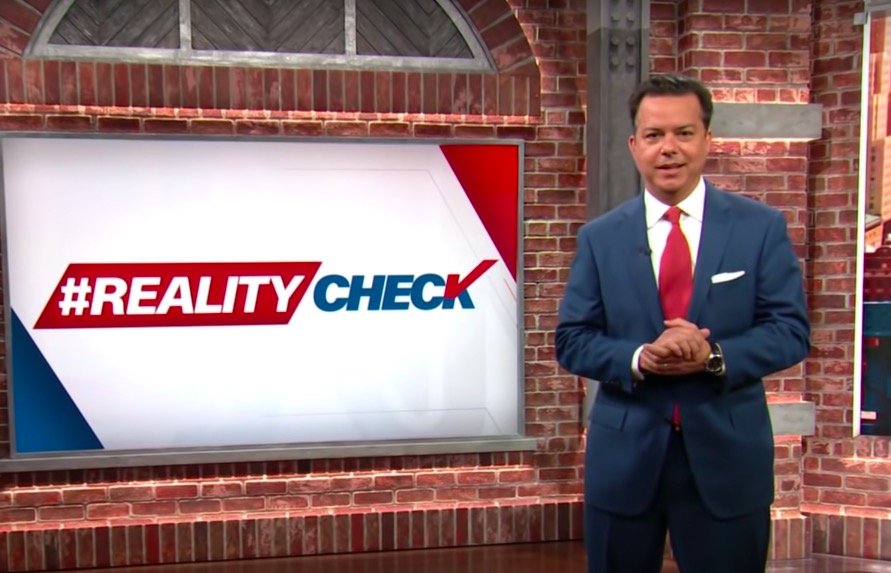 When John Avlon wrote Wingnuts: How the Lunatic Fringe is Hijacking America in 2010, he ended on an optimistic note, offering guidance on how the sane could reclaim American politics and culture.

In the interim: Donald Trump was elected president, QAnon believers were elected to Congress, and a horde of loons ransacked the U.S. Capitol in an attempt to overthrow an election.

Avlon remains an optimist about the future of the country, but would update the title of his book.

“I think now you could say, how the lunatic fringe has hijacked America,” he told me on this week’s episode of The Interview podcast.

It’s fertile, if worrisome, ground for the launch of Avlon’s new video series for CNN, Reality Check: Extremist Beat, which tracks the rise of extremist movements in the United States. The first episode, which aired last Thursday, examined QAnon and centuries-old conspiracy theories that inspired it. The next, which drops tonight at 6 p.m., takes a jab at the anti-vaccine movement.

Before CNN, Avlon was the editor in chief of the Daily Beast. He started his career in politics, working as chief speechwriter for Rudy Giuliani when he was mayor of New York. His upcoming book, Lincoln and the Fight for Peace, comes out in February.

I spoke to Avlon about his new show, his daily “Reality Check” segments on CNN morning show New Day, his opinion of Rudy Giuliani, and the future of political sanity in a country that seems to be losing its mind.

Read some highlights from the episode below.

John Avlon on his new show:

At the end of the day, I think all my books and a lot of my columns all center around this problem of how to stop hyper-partisanship, hate, how to strengthen the center, defend liberal democracy. And so Wingnuts and Reality Check: Extremist Beat is an extension of that idea. Playing offense against the extremes, drawing on reporters, adding history, hopefully a little bit of humor and pop culture references inevitably, to add perspective and create the conditions for common ground. I continue to believe the key quote of our times is that Daniel Patrick Moynihan quote: Everyone’s entitled to their own opinion, not their own facts. Reality Check is and has always been sort of a fact check plus, and this is an extension of that.

On the historical roots of extremism:

This doesn’t come out of nowhere. And in the case of QAnon, you can see that it’s building off these sort of synaptic patterns, probably unconscious to many of their own followers. But when you look at some of the roots of the conspiracies, the fixation on child abuse, and it starts veering into blood libel. And of course, that is an echo of the centuries-old anti-Semitic trope. If you look at some of the conspiracy theorists that talk about tunnels being built under the White House and Congress, that’s a riff off of attacks on Al Smith in 1928 when he was the first Catholic nominee for president, people said he would build a tunnel between the Vatican and the White House. At the end of the day, a lot of these things riff off older conspiracies. And I think by pulling out and drawing those connections, people can all of a sudden have perspective on what they may have been sucked into. That’s the hope. And then by drawing on the great reporting of people like Donie O’Sullivan and Elle Reeve and Sara Sidner, these great CNN reporters who are on the extremist beat, we add that additional layer that I think is a lot more than what you get just by the daily thrust and parry of the news and chronicling the crazy.

The Rudy Giuliani I knew and that I was proud to work for as a young man, his chief speechwriter in City Hall before and during 9/11, was a very different guy than the person we see today. And, you know, some people believe that as you get older, you get more so. That may be the case. But as a matter of fact, in policy, Rudy Giuliani stood up and condemned Pat Buchanan and his influence in the Republican Party and then threw in all for Donald Trump. Remember, he was a pro-choice, pro-gay rights, pro-immigrant mayor of New York City before 9/11. In a city that was five to one, six to one Democrat. Rudy is somebody who told me and believed at the time that to be locked into partisan politics doesn’t permit you to think clearly. Well, I think to reflect that quote back at him today would be very useful because he’s being locked into partisan politics and he’s not thinking clearly. And I think it’s a disgrace what he has done in terms of the election. I mean, he has been part of this crew that has tried to overturn an election. That is unforgivable. I don’t think that this sad last chapter of his career should define his entire career. I think that he should be remembered for what he did as mayor of New York and turning around America’s largest city, turning into America’s safest big city, which was considered an impossibility when he entered office, and for the leadership he provided on 9/11. But there’s no getting away from the fact that he has abandoned a lot of his ideals and is not showing the clarity or judgment or character that I’d hoped and instead he’s participated in one of the most shameful and disgraceful episodes of American history, trying to overthrow an election. There’s no excuse for that.

It can’t get any worse. We had an attack on our Capitol. This is a screaming crisis for our democracy that’s been followed by the big lie metastasizing by people running as partisans to take on secretaries of state who had the courage of their convictions and actually were profiles in courage. Republicans who just tried to run a nonpartisan election to make the election administration more partisan. All the while, this constant repeated lie is seemingly designed to decrease trust in the efficacy of our elections. That is precisely what the challenges to liberal democracy overseas want to see. Right, they’re saying that liberal democracy is an inefficient, ineffective way of governance, and these folks who wave the flag and say they represent super patriotism are in fact doing–might as well be doing their bidding. And that is an ongoing crisis that we need to confront with eyes wide open today. In my reality check, I began by quoting from Robert Kagan’s op-ed in The Washington Post. I’ve written a big essay about how you can call the [unsure] test with a few friends and colleagues from across the political spectrum about how we can reunite the country by trying to apply a lens about what would unite rather than divide our country across politics, economics and culture. This is an all hands on deck crisis for our generation, defending liberal democracy. You told me that that was going to be what we would have to spend our generation doing, particularly after the fall of the Berlin Wall, I’d say you were crazy, but that’s where we are. That’s this generation’s responsibility. And we have to confront, we cannot [unsure] as journalist sources.