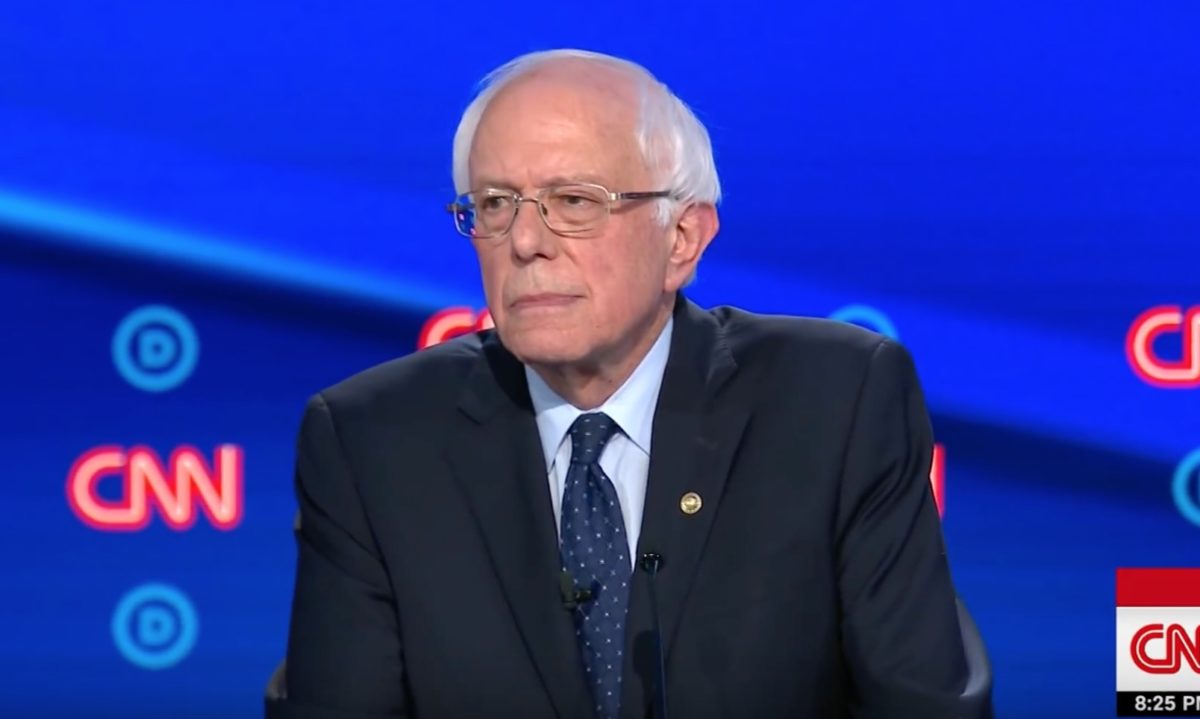 Bernie Sanders received immediate and earnest well wishes from political competitors for the Democratic 2020 nomination in light of the news that he has been hospitalized for a heart procedure.

The Sanders campaign announced Wednesday morning that the Vermont senator had a procedure to deal with a blocked artery that was causing him “chest discomfort.” Sanders will be taking the next few days to rest from the operation, but his campaign events have been postponed until further notice.

News of Sanders’ condition spread quickly throughout the media, and several of his election rivals have offered they sympathies for him on Twitter.

Thinking of @BernieSanders today and wishing him a speedy recovery. If there’s one thing I know about him, he’s a fighter and I look forward to seeing him on the campaign trail soon.

We want to send our best wishes for a quick recovery to @BernieSanders today. Our whole team has you in their thoughts.

April and I extend our prayers to @BernieSanders and wish him a full and complete recovery from his surgery. His fighting spirit will sustain him during this time, as will the support and love of his family, friends and countless supporters.

Wishing @BernieSanders a full and speedy recovery. Our thoughts are with you and your family today—and I look forward to seeing you back out on the campaign trail soon. https://t.co/39ZC6Zhhbn

Glad to hear my friend @BernieSanders is doing well and in good spirits—wishing him a speedy recovery. https://t.co/lCB2XhOLuP

All of us here at @PeteForAmerica are sending our best wishes for a speedy recovery to Senator @BernieSanders. We’re thinking of him and his family today, and I look forward to seeing him back on the campaign trail very soon.

Bernie’s fighting spirit will get him through anything and everything. Good to hear he is doing better and look forward to seeing him soon.

Bruce, Team Warren, and I are sending all our best wishes for a speedy recovery to @BernieSanders. I hope to see my friend back on the campaign trail very soon.

.@DrBiden and I are sending our best wishes to @BernieSanders, Jane, and the whole Sanders family. Anyone who knows Bernie understands what a force he is. We are confident that he will have a full and speedy recovery and look forward to seeing him on the trail soon.

My prayers are with @BernieSanders and his family while he recuperates and rests. We love you, Bernie!

Here’s hoping for a speedy recovery for my friend, @BernieSanders. Andrea, the family and I are sending our support and prayers his way. I look forward to seeing him back on the trail soon.

Hillary Clinton, who competed with Sanders for the Democratic nomination in 2016, had this to say on The View.

Hillary Clinton reacts to the news of Sen. Bernie Sanders being hospitalized: “We wish him and hope for the best.” https://t.co/1FEFMADWa8 pic.twitter.com/10mOoMLeaG