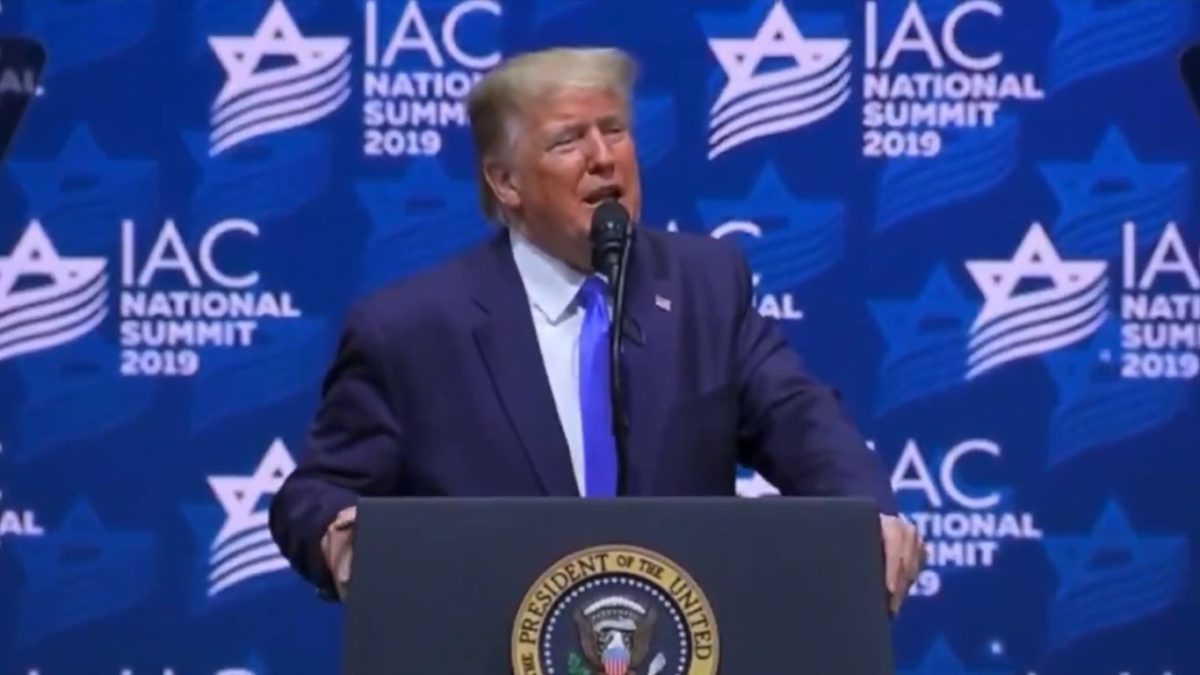 During his speech, President Trump declared, “We have to get the people of our country, of this country, to love Israel more[…] because you have people that are Jewish people, that are great people, they don’t love Israel enough.”

The president also said that members of “real estate business” in the audience would vote for him even if they didn’t like him, because they don’t want to be taxed heavily by Sen. Elizabeth Warren (D-MA).

“This is outright and atrocious antisemitism coming from the President, and it is dangerous,” posted Ocasio-Cortez on Twitter in response to the speech, receiving over 47,000 likes.

This is outright and atrocious antisemitism coming from the President, and it is dangerous. https://t.co/E21xMrqSsP