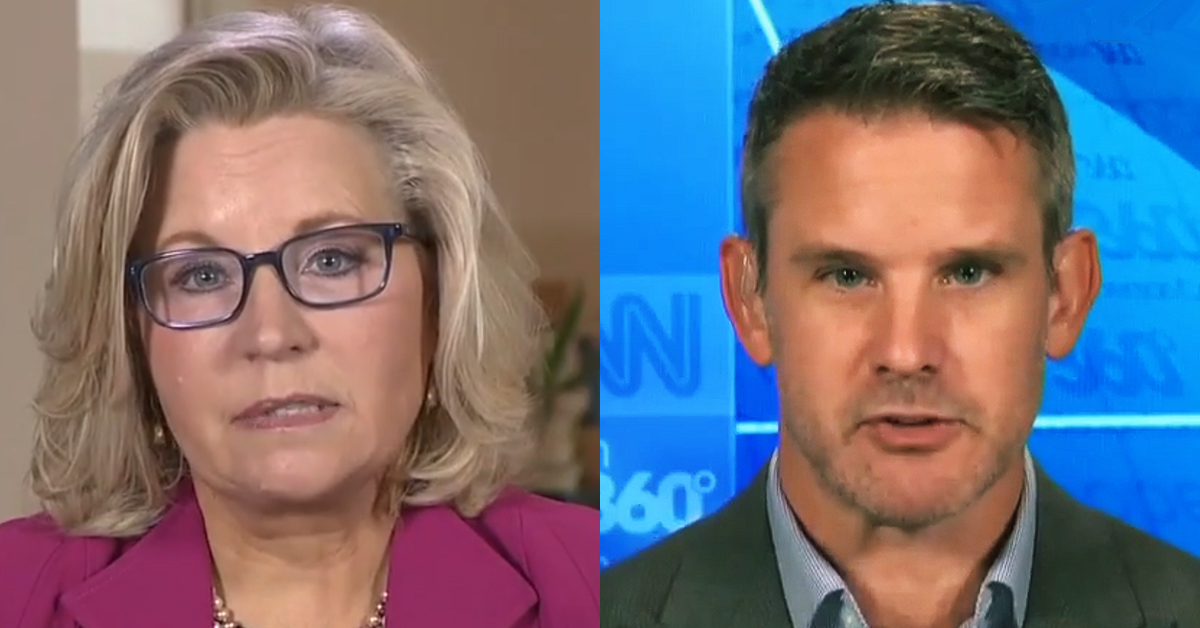 A group of House Republicans is leading a push to remove Reps. Liz Cheney (WY) and Adam Kinzinger (IL) from the GOP conference. The effort comes more two months after Republicans ousted Cheney from her leadership position as chair of the conference.

Removing them from the conference would mean the end of their committee assignments and their ability to attend private strategy sessions. The effort is being led by members of the very conservative and highly Trump-y House Freedom Caucus headed by Andy Biggs (AZ).

Cheney and Kinzinger have drawn the ire of fellow Republicans for their criticisms of Donald Trump and their presence on the House select committee to investigate the January 6 attack on the Capitol. Previously, House Minority Leader Kevin McCarthy had two of his five nominations to the committee rejected by Speaker Nancy Pelosi. As a result, McCarthy pulled the remaining Republicans.

Referring to the committee, Biggs said during a news conference on Thursday that Cheney and Kinzinger have chosen to “join the Democrats on a witch hunt.” He said the pair should not be allowed in closed-door strategy because it’s like “two spies sitting right there. You knew they were spies, but you couldn’t remove them.”

Biggs stated the conference should adopt a new rule stating that a member who joins a committee assignment outside routine procedure “shall immediately cease to be a member of the conference.”

Kinzinger has also irked fellow Republicans. Earlier this month he said most of his GOP colleagues believe the Capitol attack was incited by Trump but don’t dare say so publicly.

Last week, Cheney said if Republicans retake the House in the midterm elections, McCarthy should not be speaker.

McCarthy responded to the appointments of Cheney and Kinzinger to the select committee by saying the two share Pelosi “pre-conceived narrative” about what happened and called them “Pelosi Republicans.”