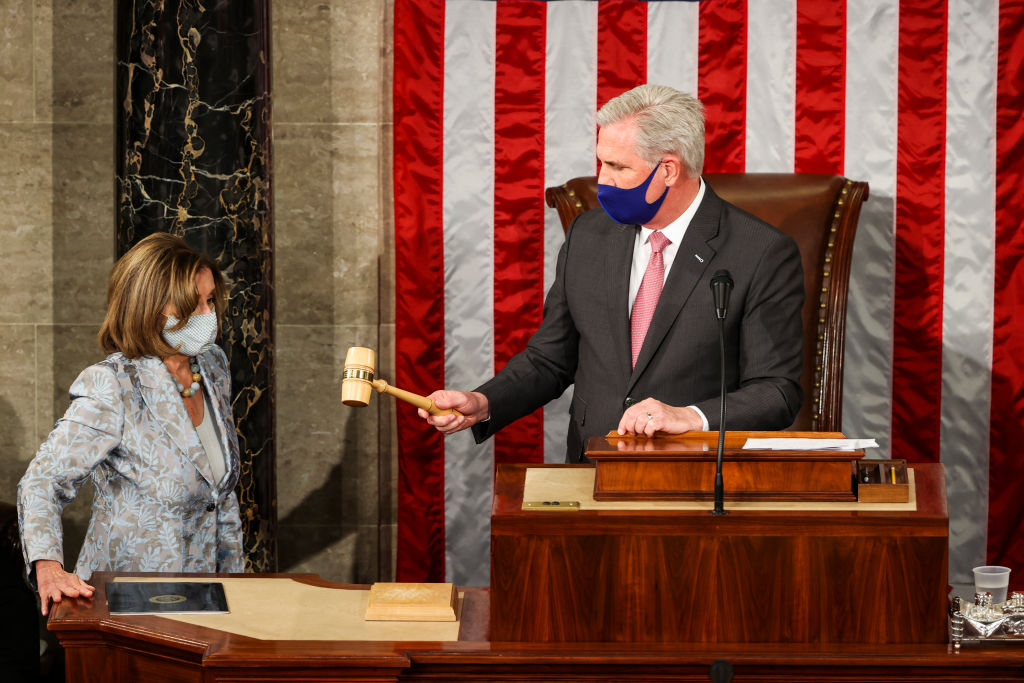 At a GOP fundraising dinner in Nashville, Tn., House Minority Leader Kevin McCarthy (R-CA) joked about hitting Speaker Nancy Pelosi (D-CA) with a gavel if Republicans retake the majority in the 2022 midterm elections, allowing him to take over as Speaker.

McCarthy has made no secret of his desire to become Speaker, as he has treaded water since Republicans lost the House in the 2018 elections and former Speaker Paul Ryan (R-WI) retired.

At the Tennessee dinner, members of the state’s Republican congressional delegation gave McCarthy an oversized gavel that said “Fire Pelosi” on it, as photographed by Tennessean reporter Yue Stella Yu.

The Washington Post’s Michael Scherer reported that McCarthy expressed optimism about the GOP’s chances in 2022, inviting the audience to come to Washington, D.C. when he becomes Speaker. According to Scherer, McCarthy explained that he wanted them to see Pelosi hand him the Speaker’s gavel.

“It will be hard not to hit her with it but I will bang it down,” said McCarthy.

McCarthy invites the 1,400 at Nashville dinner to DC when he becomes speaker.

He says he wants everyone to see Pelosi hand him the gavel. “It will be hard not to hit her with it but I will bang it down,” he says.