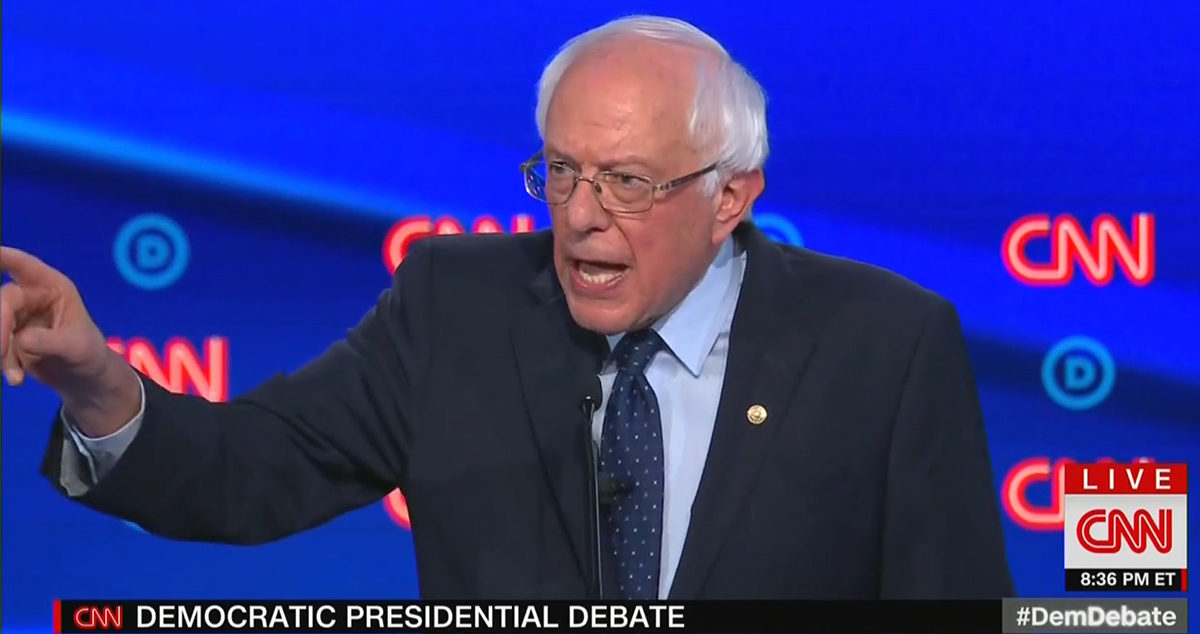 Bernie Sanders’ presidential campaign announced on Thursday that they accumulated $34.5 million in fundraising for their 4th quarter of 2019.

The haul puts the Sanders campaign in a strong position to continue the Vermont senator’s push for the Democratic nomination in the 2020 election. The campaign said they received 1.8 million donations in the last 3 months of 2019, and December was their best month of fundraising ever since they reportedly took in over $18 million from over 900,000 contributions. The numbers also say the campaign received donations from 40,000 new contributors on New Year’s Eve.

“Bernie Sanders is closing the year with the most donations of any candidate in history at this point in a presidential campaign,” said campaign manager Faiz Shakir. “He is proving each and every day that working-class Americans are ready and willing to fully fund a campaign that stands up for them and takes on the biggest corporations and the wealthy. You build a grassroots movement to beat Donald Trump and create a political revolution one $18 donation at a time, and that’s exactly why Bernie is going to win.”

The Sanders campaign takes pride in how it fuels itself from small-dollar and grassroots contributions, holding it up as proof that they have more party momentum than other candidates accepting big-money donations. The amount of money gathered by the Sanders campaign indicates they have more cash on hand than Pete Buttigieg, whose campaign announced a 4th quarter of $24.7 million, and it also puts Sanders above Andrew Yang, whose team announced $16.5 million in 4th quarter fundraising.

While the Democratic field as a whole is out-fundraising the Trump campaign, the president’s re-election team says they’ve accumulated more than any single Democrat by gathering $46 million in their final quarter.