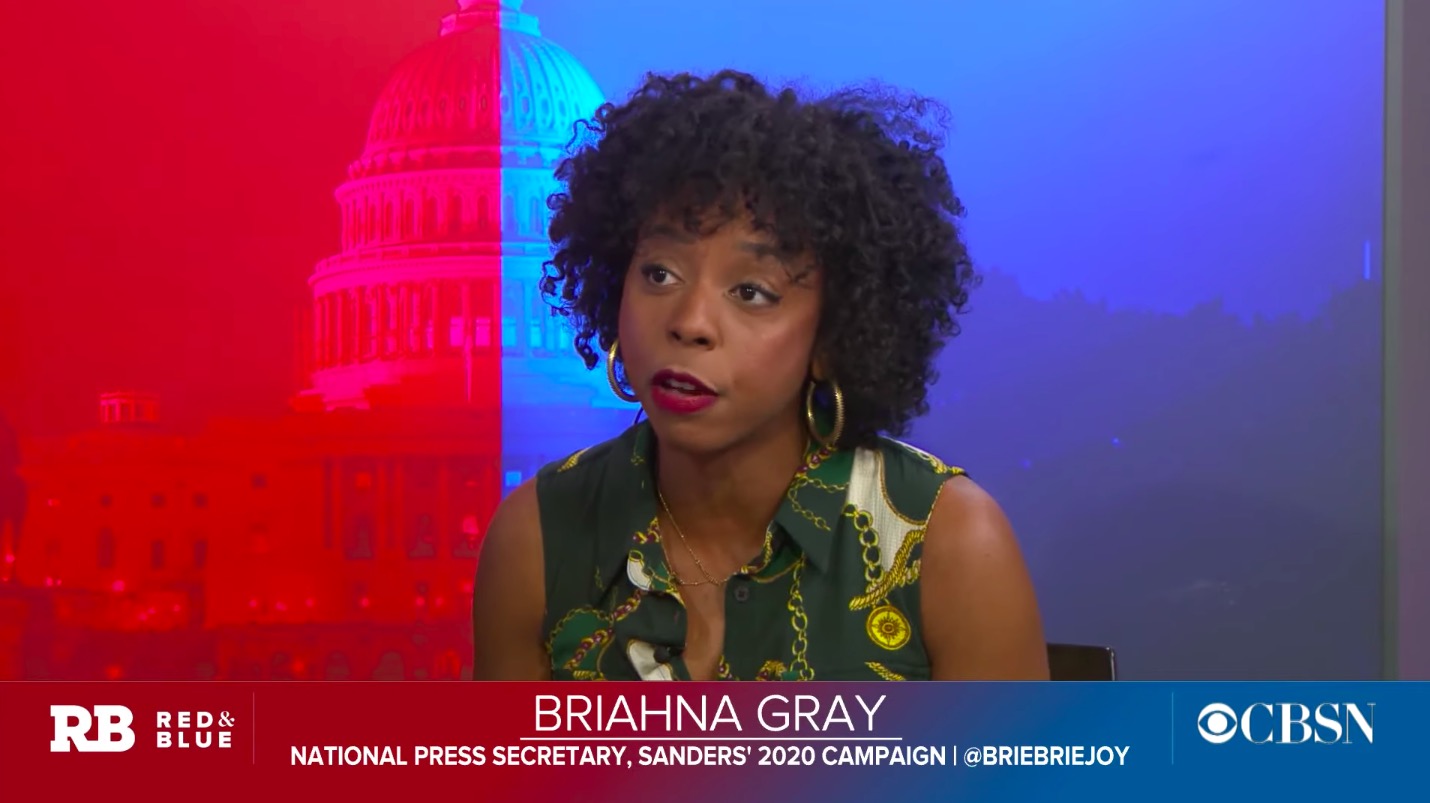 Briahna Joy Gray, the press secretary for former Democratic candidate Bernie Sanders, continued to take shots at Joe Biden and other Democrats on Twitter after Sanders announced the end of his campaign this week — despite the Vermont senator’s pledge to work with Biden to defeat President Donald Trump.

When former South Bend Mayor Pete Buttigieg — who dropped out of the presidential race and endorsed Biden ahead of Super Tuesday — expressed his gratitude and admiration for Sanders in a Twitter post, Gray responded by telling him to “keep this platitude.”

You peddled the for-profit health care system by promising “if you like your healthcare you can keep it.”

That was a fiction made more obvious by millions filling for unemployment due to #COVIDー19.

We can’t keep our healthcare, but you can keep this platitude. https://t.co/610E4HXqyq

Gray also posted a clip of Fox News host Tucker Carlson going after Biden for his mental acuity, and said that Sanders had been “too kind” to attack the now-presumptive Democratic nominee on such grounds during their primary fight:

Bernie was too kind to go after Biden, but it’s coming.

Either Dem leadership cares more abt maintaining a corporate status quo than getting rid of Trump, or they’re planning to replace Joe – adopting a pretty fast and loose relationship w/ representative Democracy.

“Joe Biden ready to lead this country? Could he find his car in a three-tiered parking garage? Could he navigate a salad bar? And by the way, what exactly is his position on the Coronavirus pandemic? Those are the mysteries Democrats now face,” Carlson said during the clip.

Gray denounced the Fox News host as a “cruel bully,” but argued his critique against Biden will not go away.

Of course Tucker Carlson is a cruel bully. But hating the interlocutor doesn’t make the critique go away.

Democrats deserve a candidate who was vetted. The corporate media shirked their responsibility.

In a series of subsequent tweets, Gray argued that Biden will have to win over Democrats and Independents in the general election, despite his delegate lead, citing his “very low enthusiasm ratings.” She proposed that he adopt many of Sanders’ policies in order to do so, from Medicare For All to a wealth tax.

Biden, who has very low enthusiasm ratings, needs to figure out how to appeal to ALL Democrats and Independents — most of whom didn’t see him as first choice. And that’s going to be even more difficult when the spotlight is turned on him.

The former press secretary added a list of topics that appear to be missing from Biden’s economic plan, all of which were addressed by Sanders:

?Graduates of for-profit colleges, who are among the most indebted;

?The 1/3 of college students who attend private schools (other than HBCUs);

Gray did suggest that there is some hope for Sanders supporters joining the Biden train, tweeting that if he backed cancelling all student debt he could “earn the trust of millions of young people.”

Joe Biden’s plan is inadequate. But he can and should change it and earn the trust of millions of young people who see him as the guy who said “I have no sympathy” for millennials. https://t.co/vd6Q1pV6iJ