Beto O'Rourke Hits Back at Trump Telling him to 'Be Quiet'

Beto O’Rourke Hits Back at Trump: I ‘Will Not Be Quiet’ on Shooting ‘Inspired by Your Racism’ 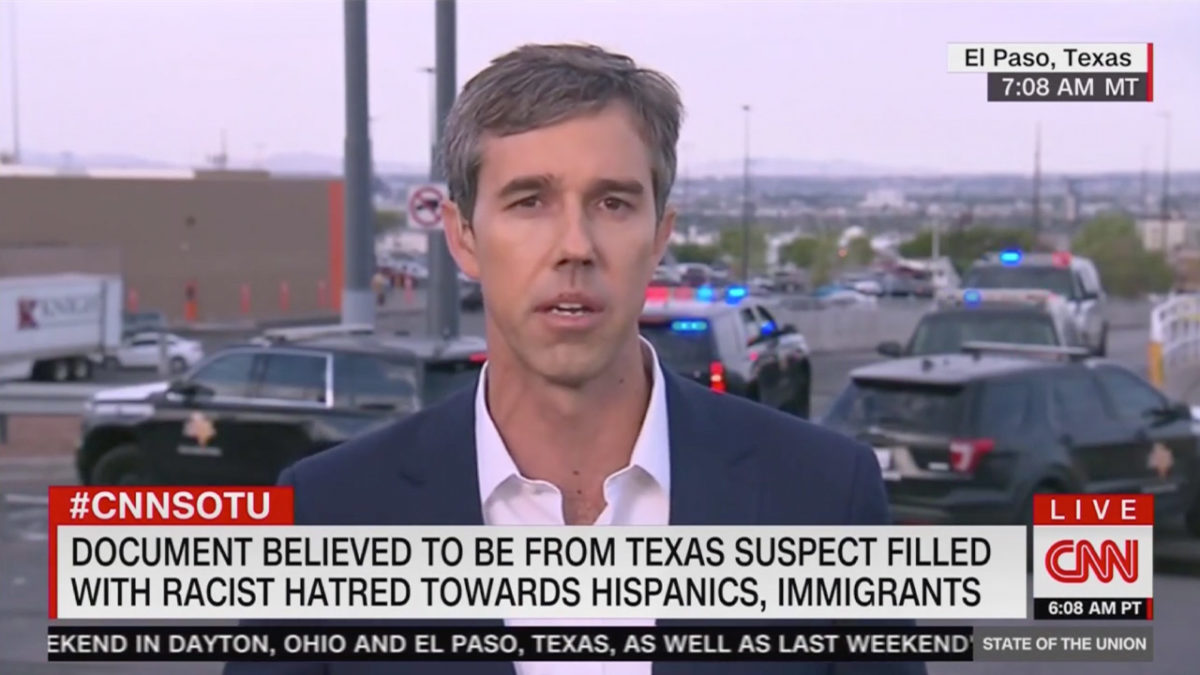 Trump is expected to travel to El Paso today in the aftermath of the shooting over the weekend that left 22 people dead and others injured at a local Walmart. The president gave an address earlier this week calling for unity in the face of mass shootings, but last night, he mocked O’Rourke on multiple fronts while telling him to “be quiet” about the shooting in the congressional district he used to represent.

“22 people in my hometown are dead after an act of terror inspired by your racism,” O’Rourke wrote on Twitter in response to Trump. “El Paso will not be quiet and neither will I.”

22 people in my hometown are dead after an act of terror inspired by your racism. El Paso will not be quiet and neither will I. https://t.co/dakFPKj0vJ