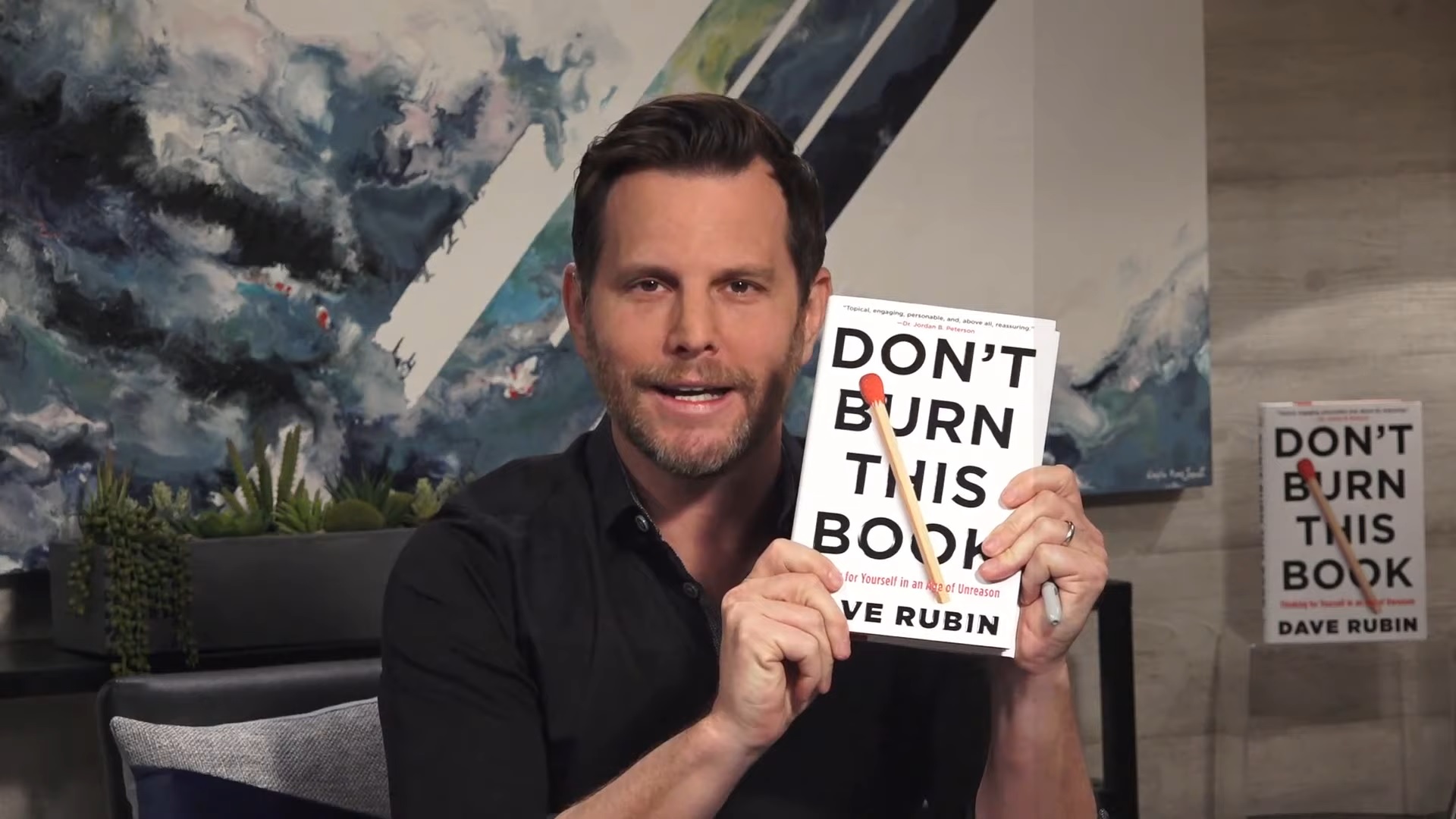 Libertarian political pundit Dave Rubin compared the wave of negative reviews for his new tome to a “modern book burning” this week.

Following a wave of negative reviews, which pointed out factual and historical inaccuracies in Rubin’s work — calling it a “lazy cash grab,” “shallow,” and “poorly edited” — Rubin took to Twitter to compare the criticism to a book burning.

“They’re literally doing modern book burning. The whole point of the book!” he claimed, adding in another tweet, “They’re proving the thesis of the book. Those will bad ideas mob, attack and silence. Once you think for yourself they have no power over you.”

Fortunately “if you put you mind to it you can accomplish anything…” https://t.co/DeiQ64U7ob pic.twitter.com/3eGaUC4B3J

They’re proving the thesis of the book. Those will bad ideas mob, attack and silence. Once you think for yourself they have no power over you.

In honor of them I’ll personalize (with name), a bookplate for every copy sold til 9 am PST. Fwd receipt to contact @ rubinreport com. https://t.co/vA6WdqBcKX

Despite Rubin’s attempts to portray negative reviews as the 21st century equivalent of a book burning, Don’t Burn This Book was widely panned by reviewers following release.

In a review for Spectator USA last week, writer and critic Ben Sixsmith said Don’t Burn This Book “is not a serious work.”

“It is, in fact, extremely lazy, bearing all the hallmarks of a project that was knocked together over a few wet weekends,” he declared, before listing the many errors which were found in the book, including an entire section based on the false claim that Ukaine is a member of NATO.

“Don’t Burn This Book will not teach people how to think for themselves but it will make people feel good for considering themselves to be the kind of people who are independent-minded,” Sixsmith concluded. “Don’t burn this book — but I wouldn’t buy it either.”

Rubin’s book also received a negative review from Business Insider, which called it “Rubin’s Twitter feed on paper,” and commented, “There’s only so long you can trade on a former political identity as the main credential for a new one, without offering any new ideas.”