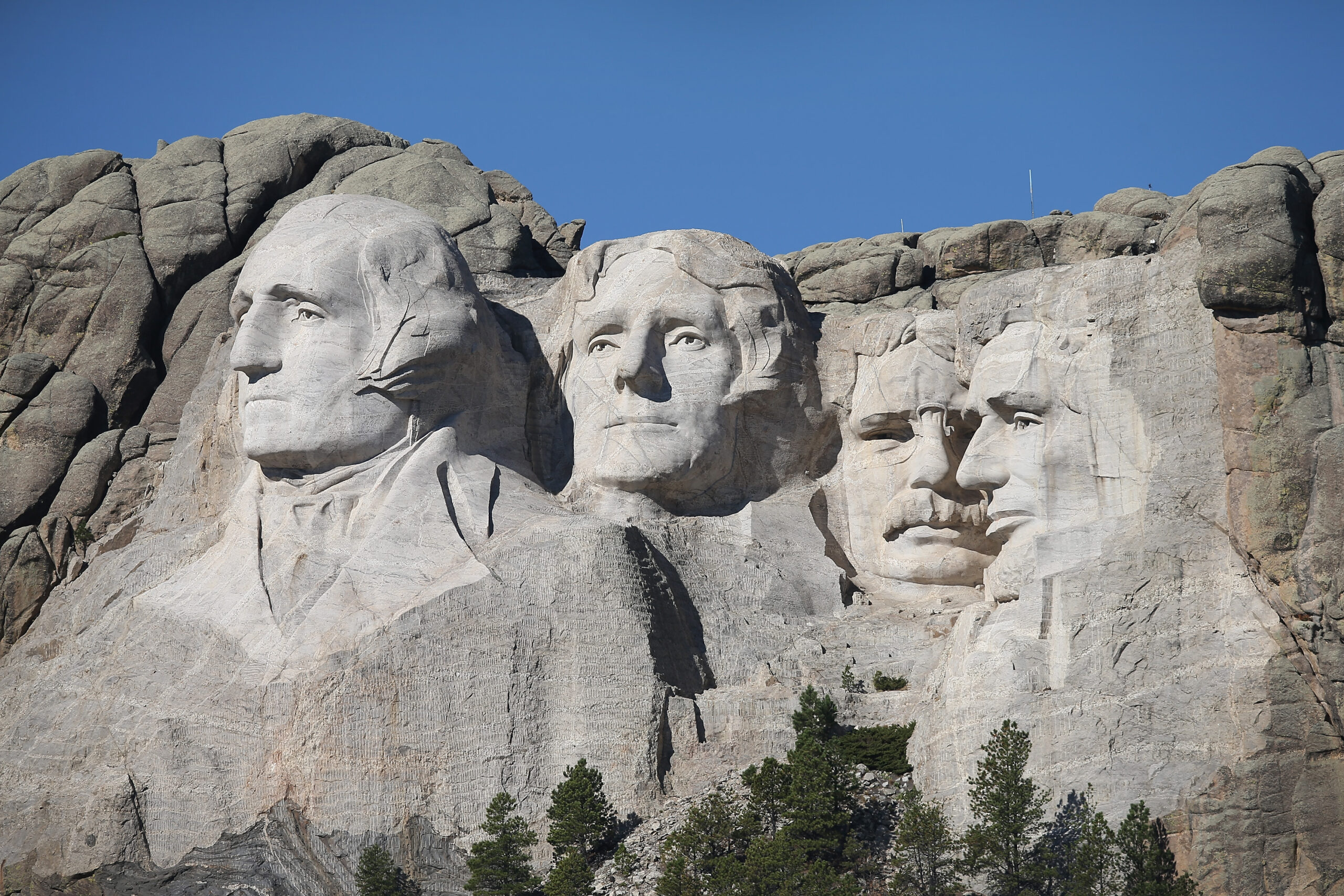 The Democratic National Committee deleted a Twitter post on Tuesday that appeared to suggest Mount Rushmore is a symbol of white supremacy. 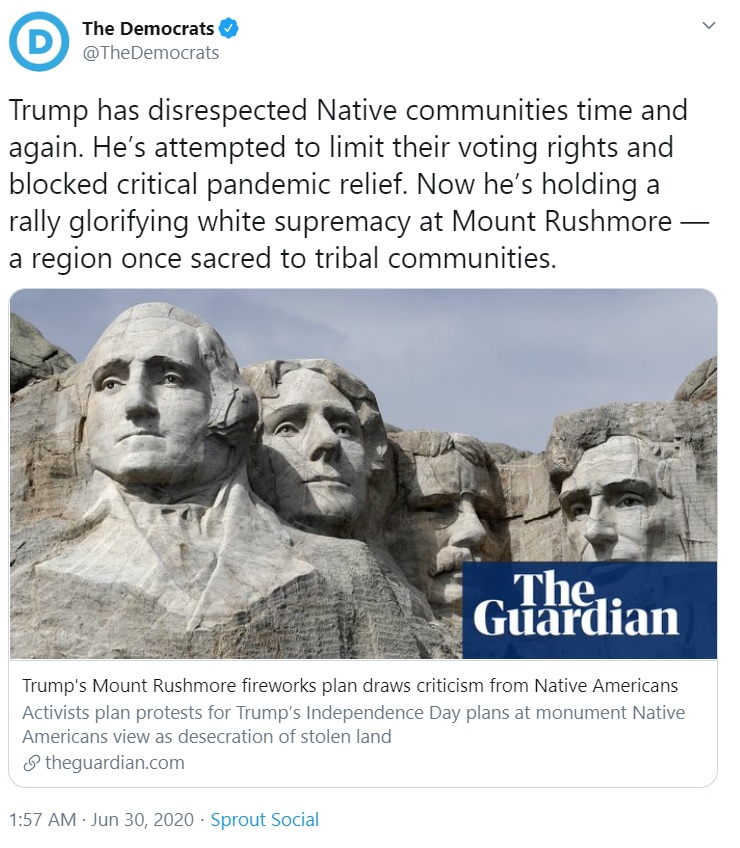 In the Guardian article, which compared Mouth Rushmore to Confederate statues, Oglala Lakota Tribe member Nick Tilsen was quoted as saying, “Mount Rushmore is a symbol of white supremacy, of structural racism that’s still alive and well in society today.”

“It’s an injustice to actively steal indigenous people’s land then carve the white faces of the conquerors who committed genocide,” Tilsen added.

President Donald Trump plans to hold an Independence Day celebration at the memorial, complete with fireworks, on July 3rd.

According to NBC News, “The event is slated to include fighter jets thundering over the 79-year-old stone monument in South Dakota’s Black Hills and the first fireworks display at the site since 2009.”