Former Deputy Attorney General Calls on Bill Barr to Resign: He’s Made America ‘Subject to the Whims of a Dictatorial President’ 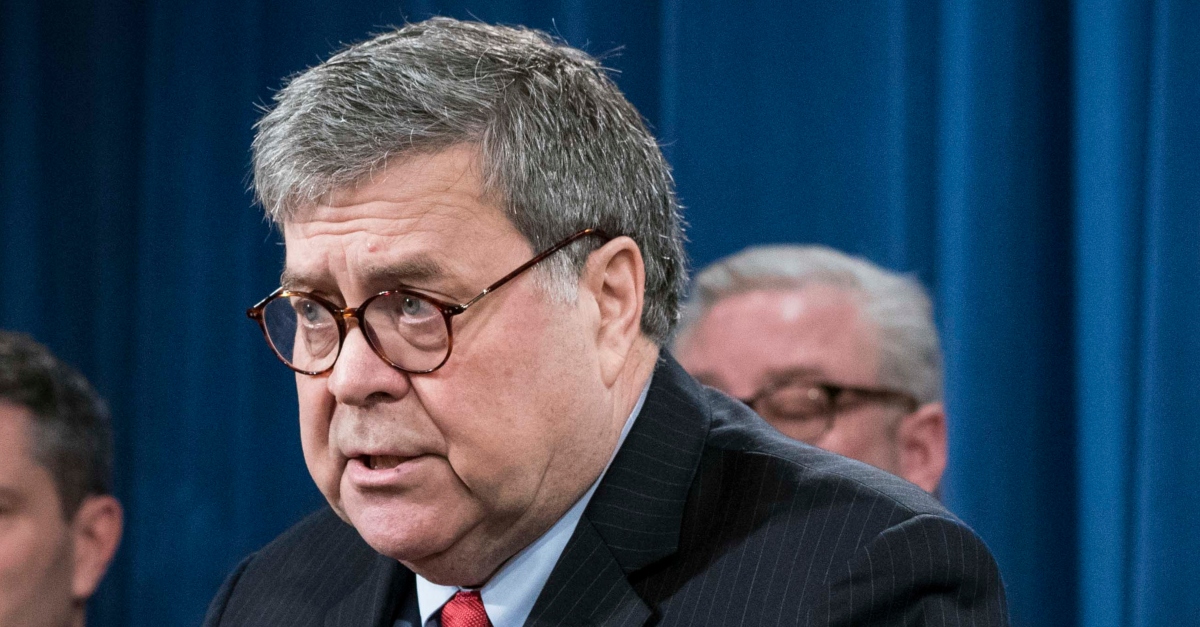 In the article, titled “Bill Barr Must Resign,” Ayer, who served under President George H. W. Bush, claimed Barr desires “the creation of a president with nearly autocratic powers.”

“Barr’s Federalist Society speech suggests that he is ready to say nearly anything in pursuit of his lifelong goal of a presidency with unchecked powers. As Napoleon is reputed to have said, the man who will say anything will do anything,” wrote Ayer, adding that the “benefit of the doubt that many were ready to extend to Barr a year ago” has “now run out.”

“He has told us in great detail who he is, what he believes, and where he would like to take us,” Ayer continued. “For whatever twisted reasons, he believes that the president should be above the law, and he has as his foil in pursuit of that goal a president who, uniquely in our history, actually aspires to that status.”

“Bill Barr’s America is not a place that anyone, including Trump voters, should want to go. It is a banana republic where all are subject to the whims of a dictatorial president and his henchmen,” he concluded. “To prevent that, we need a public uprising demanding that Bill Barr resign immediately, or failing that, be impeached.”