Harry Reid: 'Of Course' Medicare for All Bad for 2020 Dems

Harry Reid Swipes at Progressives in 2020 Field: ‘Of Course’ Medicare for All, Decriminalizing Immigration Are Bad Ideas 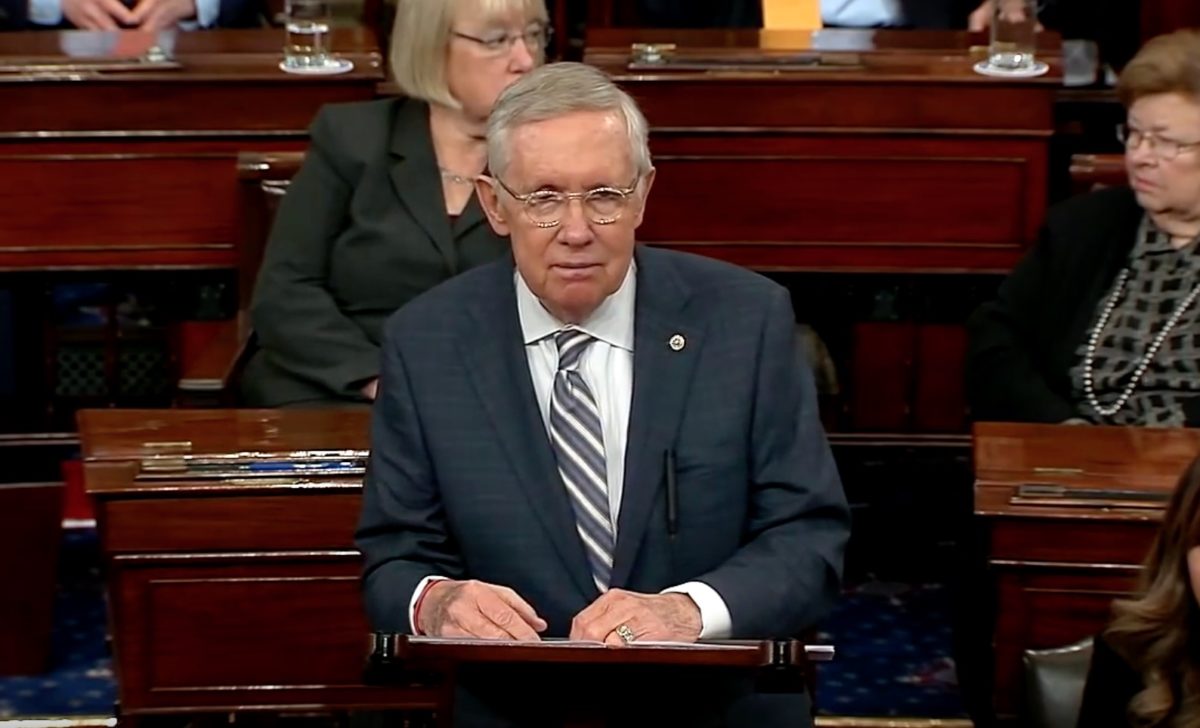 Former Senate Majority Leader Harry Reid has warned that it’s a politically bad idea if the 2020 Democratic field pushes “Medicare for all” and a platform to decriminalize undocumented immigration.

In an interview with VICE News, Reid was pessimistic when asked if Medicare for all would be a hard sell to voters in the 2020 general election. Instead, Reid thinks the better option would be for Democrats to find ways to improve and expand the Affordable Care Act.

“Of course it would be. How are you going to get it passed?” Reid answered. “We should focus on improving Obamacare. We can do that — without bringing something that would be much harder to sell.”

When the conversation moved to immigration, Reid said an open-door policy will “of course” hurt Democrats, and that people want to see a fair immigration system instead.

“There are so many more important things to do,” said Reid. “Decriminalizing border crossings is not something that should be at the top of the list. It should be way, way down at the bottom of the list.”

Democratic 2020 frontrunners like Senators Elizabeth Warren, Kamala Harris, and Bernie Sanders have all expressed approval for Medicare for all and decriminalizing illegal immigration. Former Vice President Joe Biden remains the at the head of the pack though, and he has argued against Medicare for all.