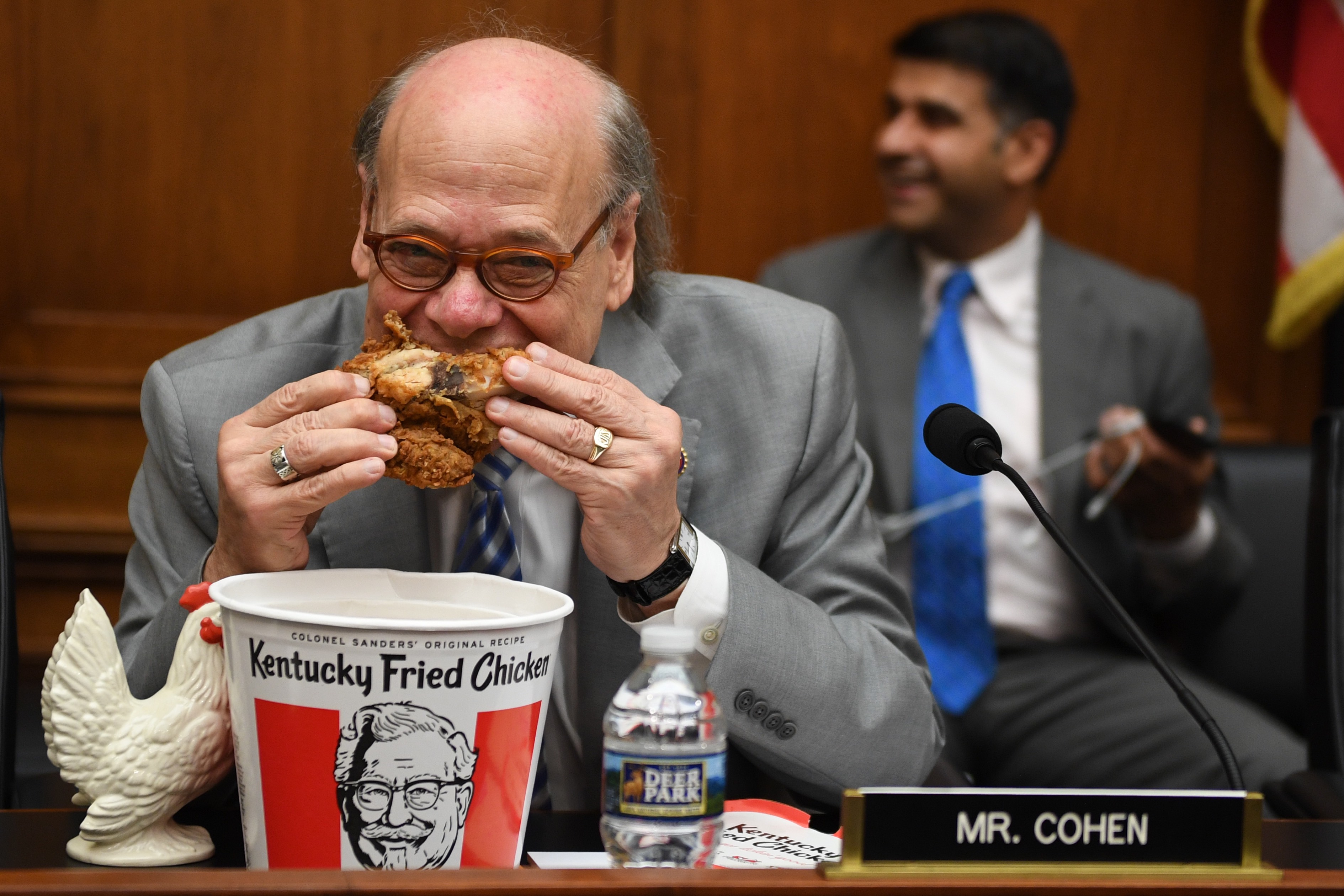 Barr faced a onslaught when he testified before the Senate Judiciary Committee on Wednesday, and was scheduled to appear before the House Thursday morning. He cancelled the appearance last night, after a spat over terms of the questioning.

The spin House Democrats want to convey is clear: that Barr is too scared to appear for questioning on his handling of Special Counsel Robert Mueller’s investigation and report. Rep. Jerry Nadler, the chairman of the House committee, said Wednesday night that Barr was “terrified.”

Enjoy some more photos of a smirking Cohen gorging himself on KFC at 9 in the morning to mock Barr:

.@RepCohen brought a plastic chicken and a bucket of Kentucky Fried Chicken (which he is tucking into ahead of this 9AM House Judiciary hearing.)

“He’s here,” Cohen said, pointing to the chicken and referring to AG Barr who is not attending after a grilling in the Senate. pic.twitter.com/bGz3HCRSCQ

Yep, Cohen brought “chicken,” in case the Dems’ message of Barr’s no-show was lost on anyone. pic.twitter.com/XFiNgT6RG5

Look what Rep. Steve Cohen brought to today’s House Judiciary Committee hearing. He tapped the chicken and said “He’s here!” referring to AG Barr who is a no-show. Barr objected to being questioned by staff lawyers. pic.twitter.com/6cdXxIioQZ