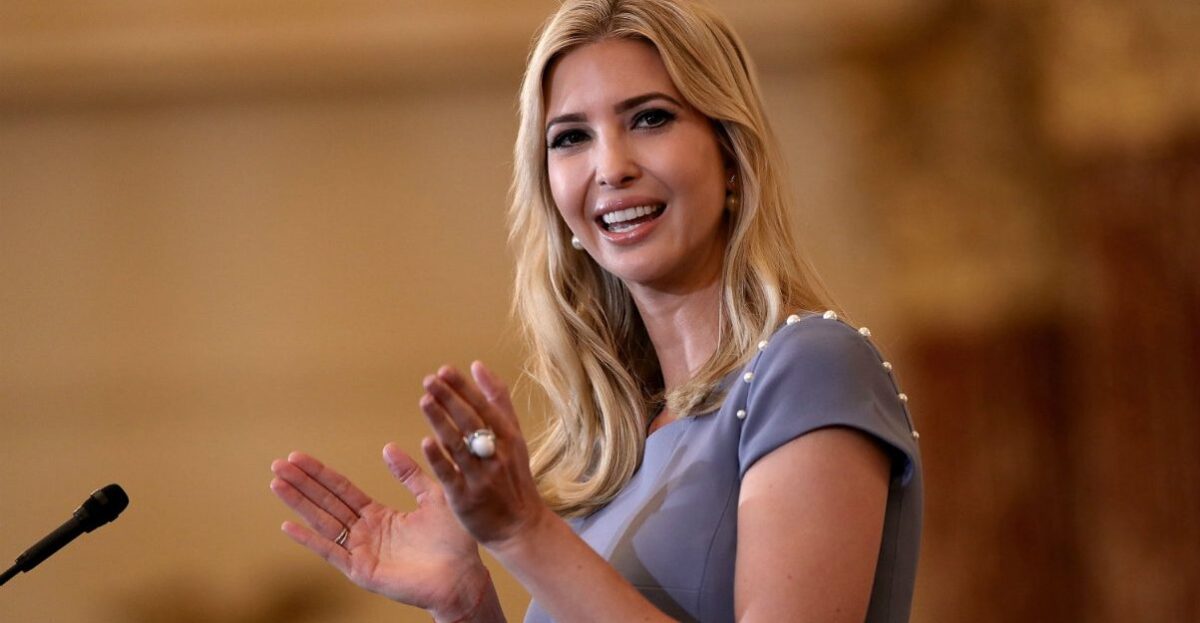 As President Donald Trump continues his legal fight against the 2020 Election results, Ivanka Trump moved to celebrate the news that Alaska has finally been called for her father.

Put AK in the books for @realDonaldTrump! Congratulations Senator @DanSullivan_AK!

The result bumps Trump up by 3 electoral votes to an overall total of 217. The news comes as Trump and his allies claim (without substantial evidence) that the election results in multiple battleground states were corrupted by mass voter fraud.

Team Trump has been complaining about the media recently for determining the election winner ahead of the electoral certification. As such, many people found it interesting Ivanka decided to revel in the Associated Press’ projection of just one state while her father bashes the media for calling the entire election.

The media is allowed to call races again: https://t.co/sMkTnIFyGG

Ivanka thinks a media call is fine when it helps her father. https://t.co/f9Y2Grz09N

Well, if the AP calls it, it must be true! https://t.co/NbAkrm0IRP

I’m deeply confused, since this is a projection by the AP and not a certified final count. It’s almost as if “the media can’t call elections” is a new standard invented in bad faith to prolong an election dispute by a few more days. https://t.co/RI6tWNtfir

There’s a lot of people suggesting this tweet is hypocritical because the president claims “the media doesn’t decide elections.” But it’s very consistent with the message of “things that help the president remain in power are unquestionably good.” https://t.co/aQtlOMLhUO

I thought the media can’t call a race for a candidate and you need to wait for certified election results before declaring victory? https://t.co/ckMfGBvu3c

So it turns out that if the media projects a win for a Republican, even before the votes are counted, the Trumps embrace the result. https://t.co/bTYsi5rd9h

Uh oh – we’ve got another person relying on THE MEDIA, and not the vote certification, to decide who won an election. https://t.co/yEnfH3llJf

BREAKING: In a stunning reversal, a Trump family member and senior White House embraces the validity of an election call by the media. https://t.co/ft6U8Tuhsb

Others helpfully reminded Mrs. Trump that AP made another call about the race: the one where her father loses to President-Elect Joe Biden:

She is saying this declaratively only because the AP just called the race for Trump and Sullivan.

The AP has called MI, WI, PA & AZ for Biden, and therefore called the presidency for Biden. https://t.co/P0IbX7sEqq

AP also called the Presidency for Biden, so https://t.co/R4l9GtiVE7