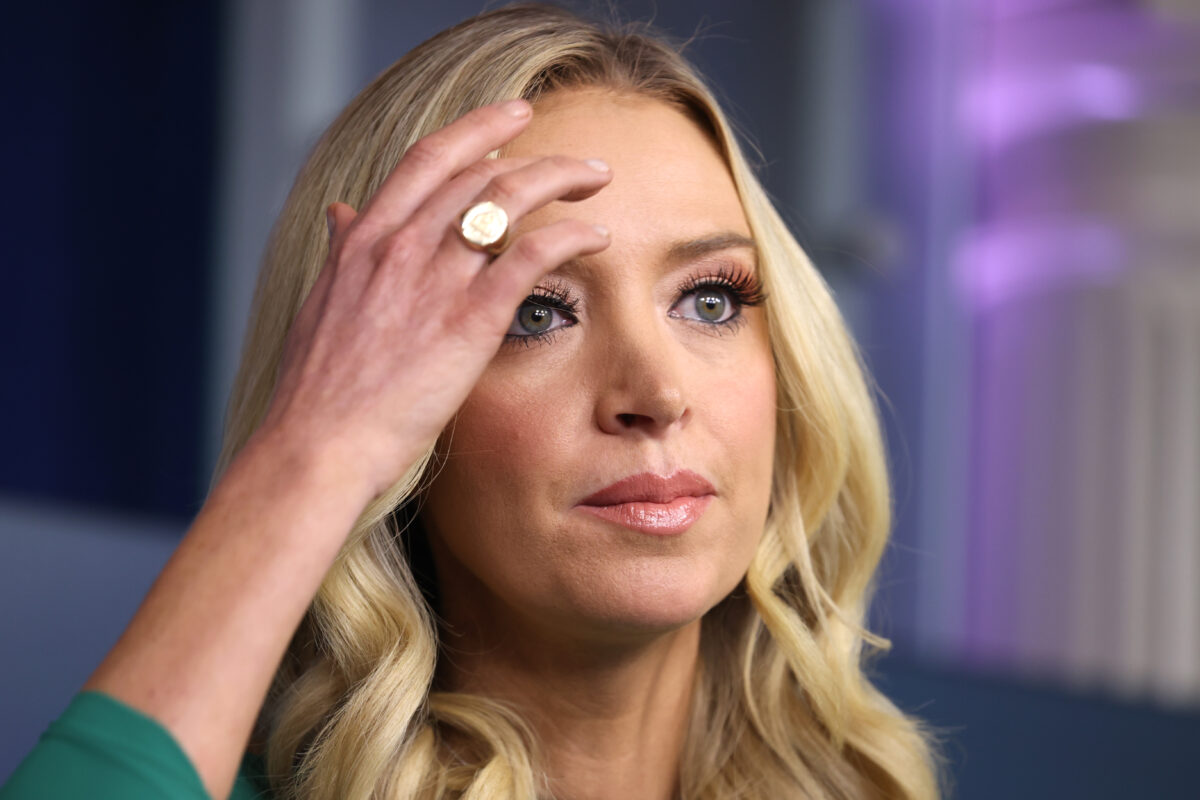 Her quote tweet of a New York Times article on crime rate trends included a predictably political missive: “The US Murder Rate under Joe Biden…”

However, as many on Twitter were quick to point out, the massive increase in the murder rate shown on the graph happened in 2020, when the president was Donald Trump, and McEnany worked at the White House. Oops. 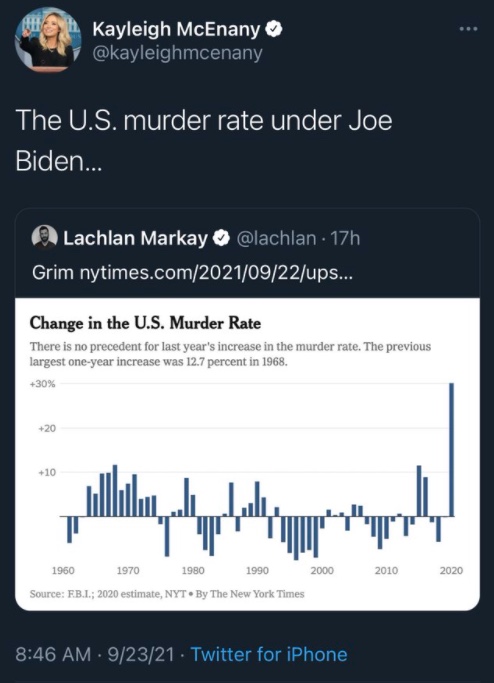 The Times report notes that 2020 saw the biggest rise in murder since 1960 when authorities began to track this national statistic. 2021 has seen a dip in murders, which coincides with the Biden administration, but that is almost certainly neither a causal nor even corollary statistic. The Times article opens:

The United States in 2020 experienced the biggest rise in murder since the start of national record-keeping in 1960, according to data gathered by the F.B.I. for its annual report on crime.

The Uniform Crime Report will stand as the official word on an unusually grim year, detailing a rise in murder of around 29 percent. The previous largest one-year change was a 12.7 percent increase in 1968. The national rate — murders per 100,000 — still remains about one-third below the rate in the early 1990s.

The data is scheduled to be released on Monday along with a news release, but it was published early on the F.B.I.’s Crime Data Explorer website.

McEnany is not afraid to blame President Joe Biden for the nation’s woes, and because pobody’s nerfect, she erred in promoting a spiked murder rate under her own former boss. McEnany critics on Twitter — of which there are many — had a predictable field day with the mistake, a few of examples of which are surfaced below for your edification, or even schadenfreudtastic thrill (if that’s your kink):

You often see temporal sleight-of-hand in credit claiming (e.g. the improving economy under one President was the result of policies by his predecessor) but this is the first time I've seen an administration blame his successor for bad outcomes that happened under their watch. pic.twitter.com/qMr9I0L43f

.@kayleighmcenany Thank you for kicking off my day with hearty laughter. pic.twitter.com/oA8S01Q1Xk

Thanks for drawing attention to rising crime under Trump, but why delete the original tweet? https://t.co/yusPNzYw3U

There are more, but at this point you most certainly get it, no need to belabor.