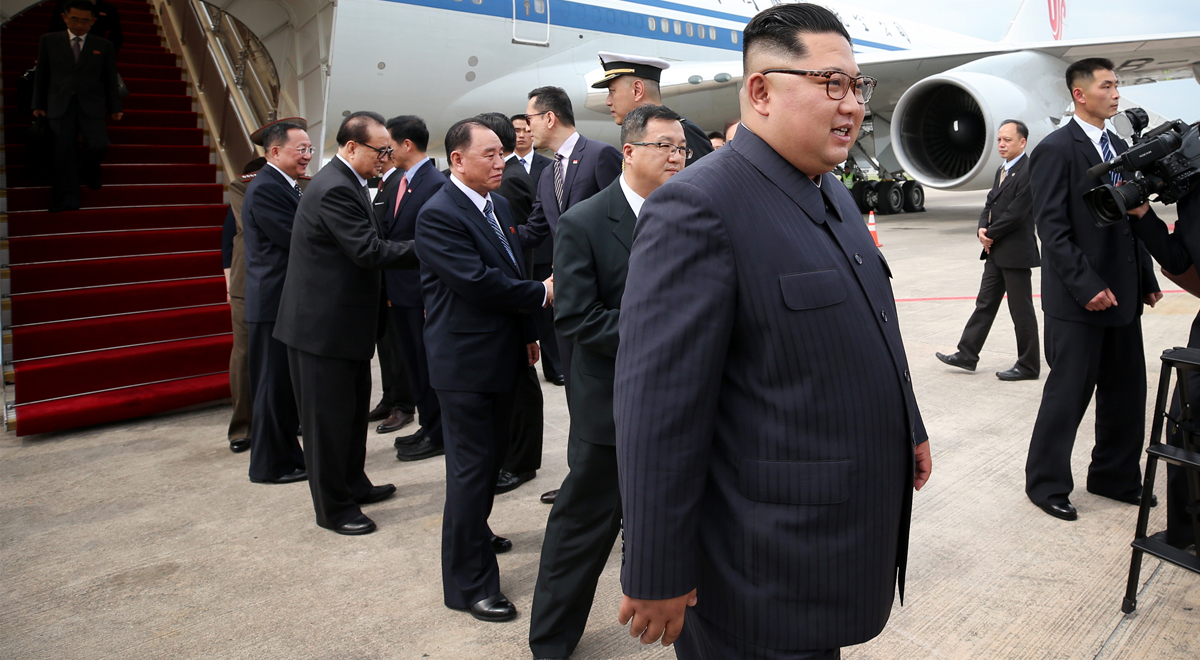 The dictator’s motorcade from the airport to the hotel was also a big spectacle in the nation.

“Regardless of what happens next, it is remarkable – by any standard – that Kim Jong-un is even here” ?? #singaporesummit #dearleader @SBSNews pic.twitter.com/aLSJTZaUuR

See the car with the North Korean flag? pic.twitter.com/KWmLNDwfNl

President Trump is set to arrive within the next two hours. The President said yesterday that he will know within the first few minutes of meeting Kim if the meeting will be productive.

Today, ABC’s This Week will be broadcast from Singapore ahead of the Summit. Mediaite will bring you the latest news throughout the day.