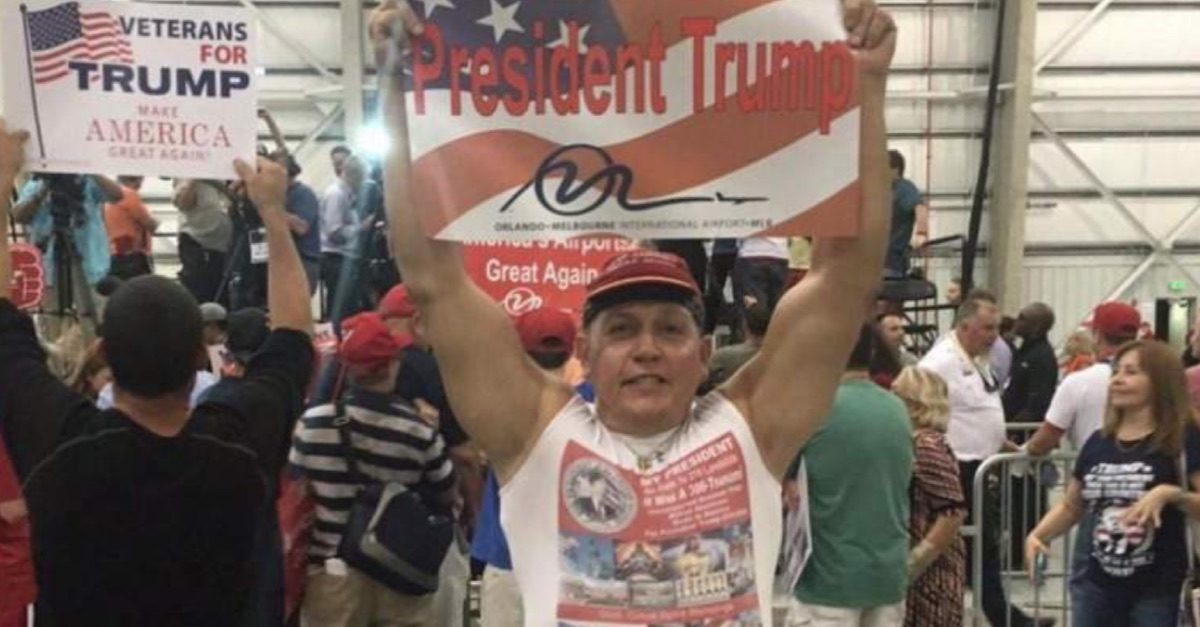 Lawyers for accused mail bomber Cesar Sayoc have asked for leniency for the man who sent explosive devices — which they say were not functional — to a number of news outlets and political figures in October 2018.

Discovery of Sayoc’s mailed package forced the temporary evacuation of CNN’s New York City headquarters. Other packages were sent to Democratic figures such as Hillary Clinton and Maxine Waters, both frequent targets of President Donald Trump.

According to the so-called MAGA bomber’s attorneys, Sayoc was using a whole lot of steroids at the time and intended the non-functional devices as a hoax. He was also infatuated with Trump and fed himself a steady stream of Fox News.

“In Mr. Sayoc’s mind, he was sending a hoax device, and he had no true grasp of the severity of his crimes or the potential ramifications of his actions,” the attorneys wrote in the sentencing memo, released Monday night, asking for the mandatory minimum of ten years.

His attorneys also portray Sayoc as a paranoid and delusional fan of  Trump who truly believed he was being targeted for his pro-MAGA stance and had been damaged by childhood abuse.

Kind-hearted and eager to please, Mr. Sayoc was born with cognitive limitations and severe learning disabilities that made it difficult for him to maintain relationships and succeed in school. As a boy, he was abandoned by his father and sexually abused by a teacher at his Catholic school. As a man, he became increasingly estranged from his family and dependent on drugs, particularly steroids. He lost everything in the Great Recession. By 2018, he was living alone in a decrepit and cramped van that had been his home for more than a decade.

He “became increasingly obsessive, paranoid, and angry,” his attorneys also argued, adding: “He came to believe that he was being personally targeted for supporting Trump.”

His lawyers also claim his infatuation with Trump started as something personal and was fueled by his steady diet of Fox News and especially Fox and Friends and Sean Hannity.

“His infatuation with the President began as something personal, not political. When he was most down, Mr. Sayoc relied on self-help books on tape to keep going. Donald Trump’s books on success and business were his favorites,” the attorneys said. “Mr. Sayoc was an ardent Trump fan and, when Trump announced he was running for President, Mr. Sayoc enthusiastically supported him. He began watching Fox News religiously at the gym, planning his morning workout to coincide with Fox and Friends and his evenings to dovetail with Hannity.”

Prosecutors have claimed that Sayoc’s assertion that the whole thing was intended as a hoax is “simply false.”

They also note that being a bad bomb maker does not get Sayoc off the hook and he deserves the maximum sentence, life in prison.

“Deficient as the defendant may be as a bomb maker, hoaxes do not involve real explosives, real shards of glass, and real toxic chemicals, as the defendant’s IEDs did,” prosecutors noted in their filing.

Sayoc is set to be sentenced on August 5 in a Manhattan federal court.

Read the filing below: