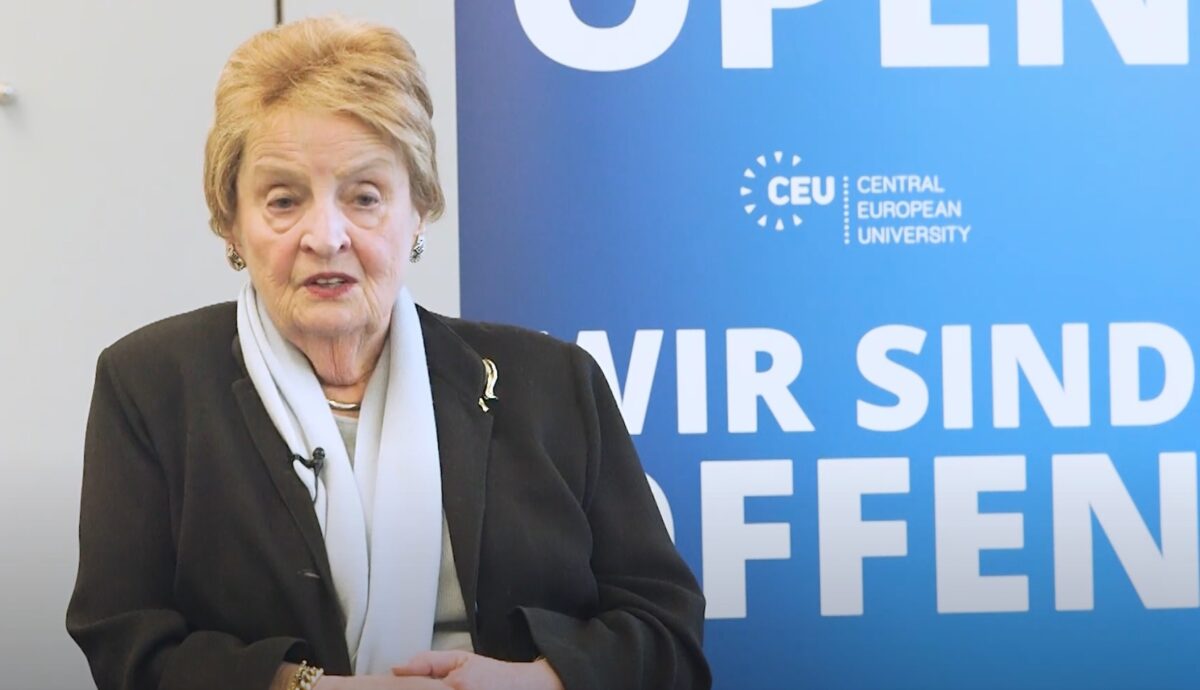 Former Secretary of State Madeleine Albright joined with members of the international community to declare the coronavirus pandemic a threat to democracy. Others who have signed the letter include former Florida governor Jeb Bush and former Trump national security adviser H.R. McMaster.

Albright signed an open letter from the Swedish think tank, IDEA, which describes Covid-19 as a “political crisis that threatens the future of liberal democracy.” The letter begins by noting that authoritarian governments are using the health crisis to intensify control over their populations, but in democratically-elected governments, some have used to pandemic for “amassing emergency powers that restrict human rights and enhance state surveillance without regard to legal constraints, parliamentary oversight, or timeframes for the restoration of constitutional order.”

Repression will not help to control the pandemic. Silencing free speech, jailing peaceful dissenters, suppressing legislative oversight, and indefinitely canceling elections all do nothing to protect public health. On the contrary, these assaults on freedom, transparency, and democracy will make it more difficult for societies to respond quickly and effectively to the crisis through both government and civic action.

It is not a coincidence that the current pandemic began in a country where the free flow of information is stifled and where the government punished those warning about the dangers of the virus—warnings that were seen as spreading rumors harmful to the prestige of the state. When voices of responsible citizens are suppressed, the results can be deadly, not for just one country but for the entire world.

The letter goes on to present the reasons why the foundations of democracy offer governments their best chance at stopping the pandemic from ravaging their countries further.

“Democracy does not guarantee competent leadership and effective governance,” the letter says, “but the greatest strength of democracy is its capacity for self-correction. The COVID-19 crisis is an alarming wake-up call, an urgent warning that the freedoms we cherish are at risk and that we must not take them for granted. Through democracy, citizens and their elected leaders can learn and grow. Never has it been more important for them to do that.”