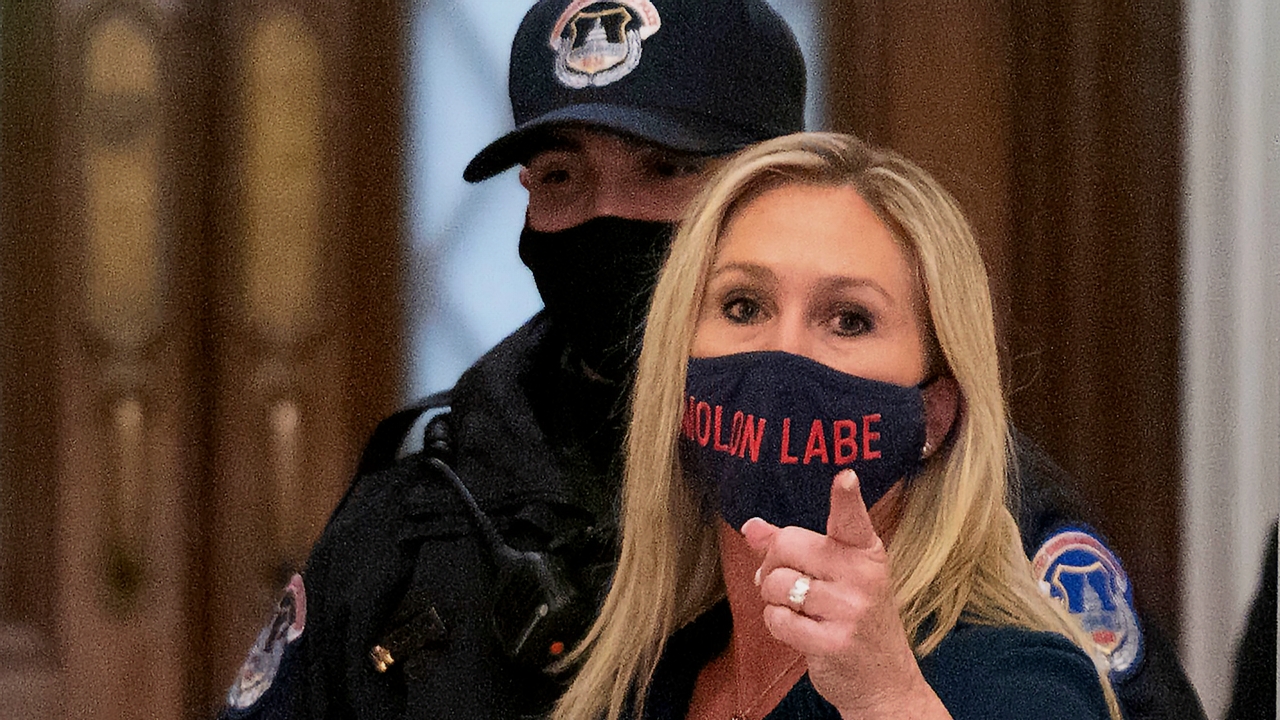 The newly-launching “America First Caucus” has released its policy platform, and its positions are, to say the least, unsurprising, especially when considering who has already joined the caucus.

“America is a nation with a border, and a culture, strengthened by a common respect for uniquely Anglo-Saxon political traditions,” the caucus said in its “Immigration” section of the platform.

Not missing an opportunity to promote the xenophobic, anti-immigration “replacement theory” that seems to be making a comeback, the platform also added: “History has shown that societal trust and political unity are threatened when foreign citizens are imported en-masse into a country, particularly without institutional support for assimilation and an expansive welfare state should they fail to contribute positively to the country.”

Reps. Marjorie Taylor Greene (R-GA), who hasn’t met a conspiracy theory she didn’t love, and Paul Gosar (R-AZ), known to have rubbed elbows with white nationalists and Q-Anon followers, have already been linked to the caucus, according to Punchbowl. Reps. Barry Moore (R-AL) and Louie Gohmert (R-TX) have also reportedly agreed to join the group.

“We’ve been covering Congress for a long time, and this is some of the most nakedly nativist rhetoric we’ve ever seen,” the Punchbowl newsletter said.

The platform doesn’t waste any time, starting out by pushing the baseless conspiracy theory that widespread election fraud affected the 2020 presidential election (it didn’t).

“Recent election results demonstrate a compromised integrity of our elections and made our election system a subject of global mockery,” the platform said, citing no examples of said mockery. “Across the country federal elections have been undermined by using voting machines that are readily compromised and illegally accessed whereby results appear manipulated, voters are disenfranchised, and faith in our system eroded.”

Previous allegations of manipulated voting machines have been the basis for multiple lawsuits.

“Mail-in voting, long recognized as subject to fraud, has become normalized,” the platform also said, seemingly overlooking the fact that former President Donald Trump – the man whose “tradition” the AFC looks to continue, according to Punchbowl – has previously voted by mail, and apparently intends to continue doing so.

As the “what is infrastructure?” debate rages on, the AFC managed to sneak in one notable example in an otherwise-unremarkable list in the “Infrastructure” section of the platform: “Dilapidated roads and bridges should be rebuilt, dams and wastewater plants must be secured, borders secured, drinking water systems improved, amongst other much needed additional investments.

Apparently, the border is infrastructure.

So is “infrastructure that reflects the architectural, engineering and aesthetic value that befits the progeny of European architecture, whereby public infrastructure must be utilitarian as well as stunningly, classically beautiful, befitting a world power and source of freedom.”

Here are some more highlights:

– Big Tech: “The treasure trove of data they have collected from Americans have given them powers that would make a Soviet dictator blush. We have seen these powers weaponized and deployed against conservatives in recent years, even as Big Tech first continue to allow terrorist and pedophiles to organize and publish on their platforms.”

– Immigration: “An important distinction between post-1965 immigrants and previous waves of settlers is that previous cohorts were more educated, earned higher wages, and did not have an expansive welfare state to fall back on when they could not make it in America and thus did not stay in the country at the expense of the native-born.”

– Foreign Aid: “Taxpayer money should be spent at home, allowing individual American to make charitable contributions to those around the world in need. The America First Caucus believes that the American people are the most kind and charitable in the world, and they would be far better at allocating their own money than having corrupt bureaucrats play around with it.

– National Security: “America should not be sacrificing blood and treasure while our so-called allies refuse to pull their weight in contributing toward neutralizing threatening actors in the world. America must remain a free and independent Republic, not a globalist watchdog.”

– Trade: “Free trade accomplishes many of the same nefarious economic goals that mass immigration does.”

– America First Education: “Our education has worked to actively undermine pride in America’s great history and is actively hostile to the civic and cultural assimilation necessary for a strong nation.”