McCabe: If Rosenstein is Out, I’m ‘Deeply Concerned’ That Mueller Investigation Is ‘At Risk’ 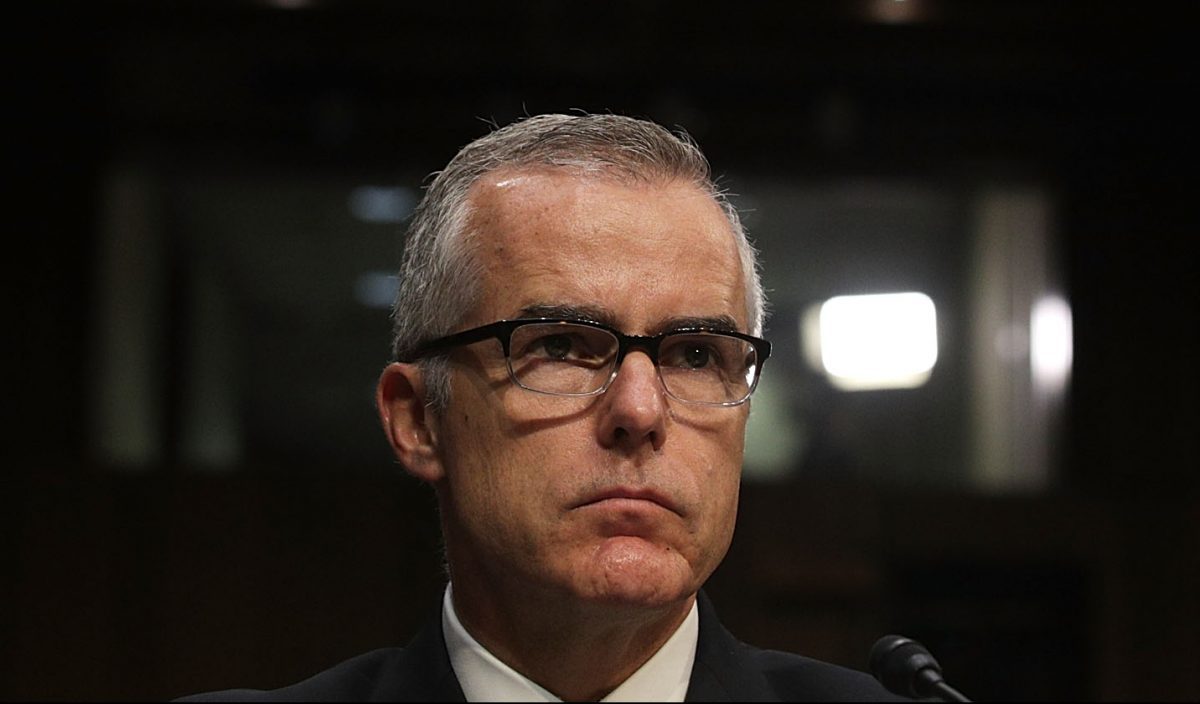 Andrew McCabe, former FBI Acting Director, on Monday released a statement denying he was involved in providing information to the media regarding the “events following [FBI Director James] Comey’s firing.”

Deputy Attorney General Rod Rosenstein is expected to be out on Monday, whether through firing or resignation, after it was reported last week that he suggested the 25th Amendment to remove Trump after the firing of James Comey, and even floated wearing a wire to record his conversations with the president. Rosenstein denied the reporting, and sources provided by the DOJ said his remarks were sarcastic.

According to the New York Times, McCabe wrote memos stating Rosenstein made the suggestions. Now, in light of news Rosenstein is soon to be out of a job, McCabe released a statement denying he is the source of the reporting. He also warned that if true, the news puts Special Counsel Robert Mueller‘s investigation at risk.

“To be clear, I had no role in providing information of any kind to the media stories about events following Director Comey’s firing,” he stated. “If the rumors of Deputy AG’s Rosenstein’s departure are true, I am deeply concerned that it puts that investigation at risk.”

NEW: Statement on McCabe on the Rosenstein news pic.twitter.com/WRQu3YcTPX