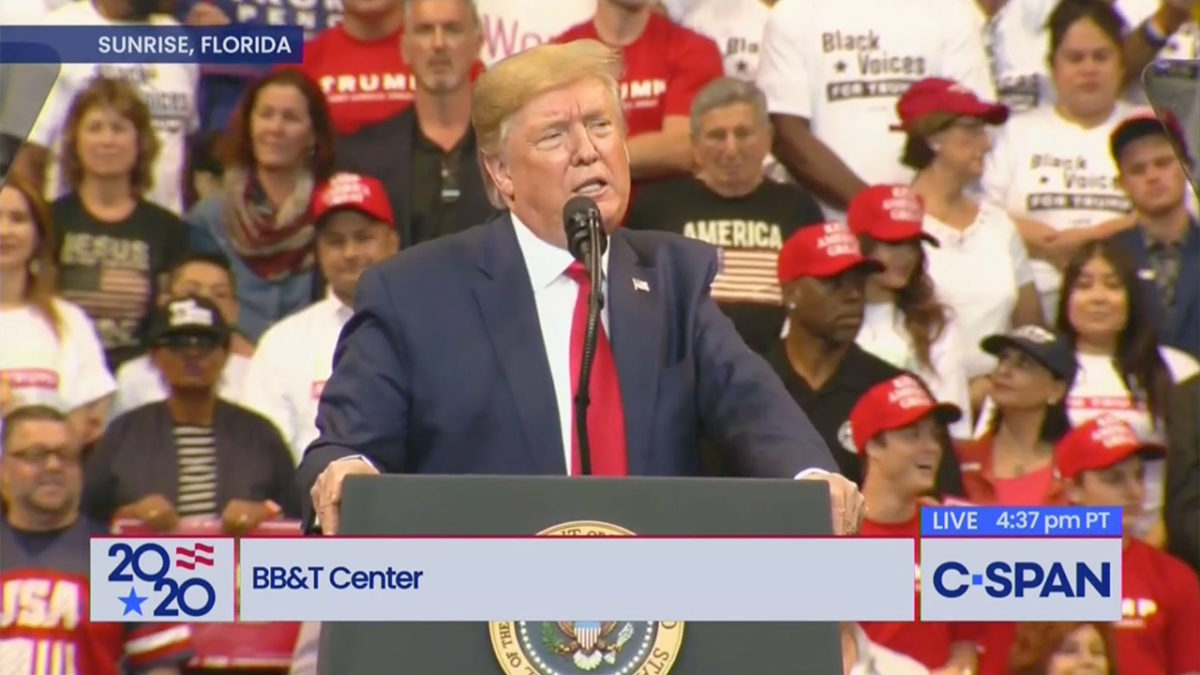 A majority of Republicans in a new poll said Donald Trump is a better president than Abraham Lincoln.

The Economist and YouGov’s latest poll — spotted by Democratic strategist Jesse Ferguson — asked respondents to compare Trump against a number of past Republican presidents. Democrats and Independents were found to overwhelmingly prefer Lincoln to Trump, but among Republicans, 47 percent said Lincoln was a better president while 53 percent picked Trump. 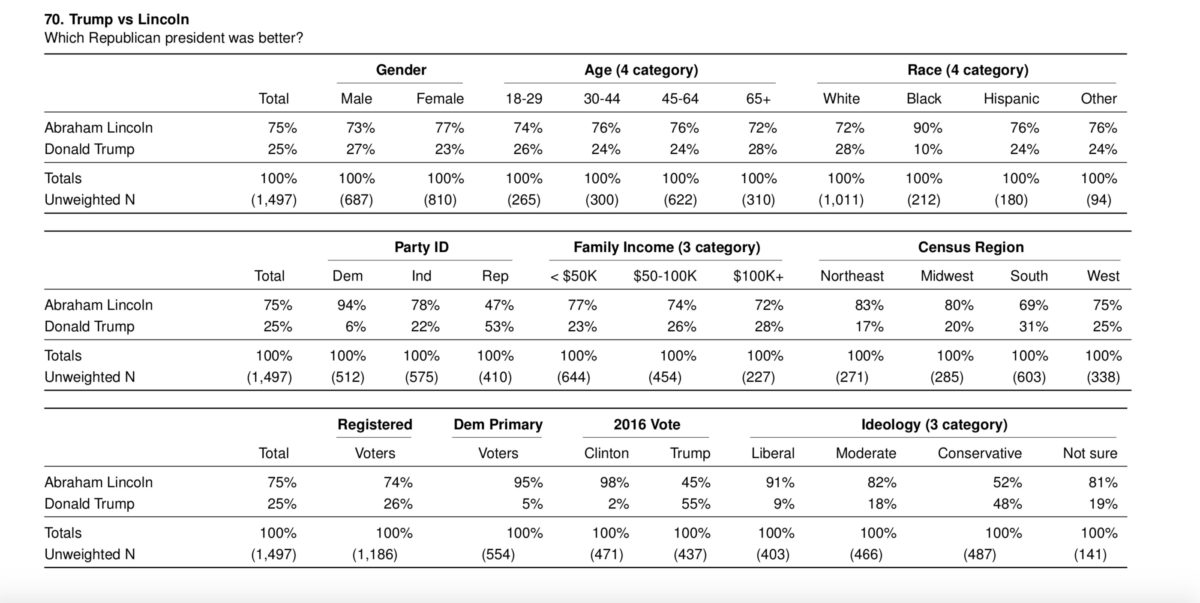 When asked whether Trump was a better president than Ronald Reagan, 59 percent of Republicans said they preferred Reagan compared to Trump’s 41. In another portion of the poll where Republicans were asked to rank past presidents from 1 to 8 with 1 being the highest, 32 percent gave Trump a 1 compared to the 29 percent who gave it to Lincoln. 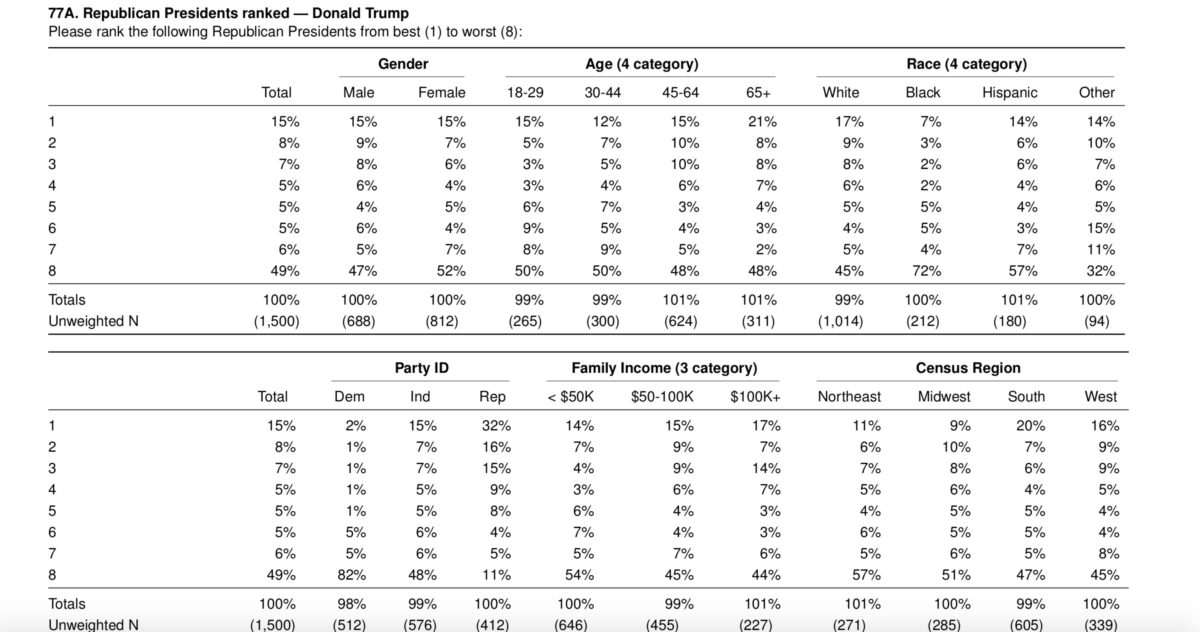 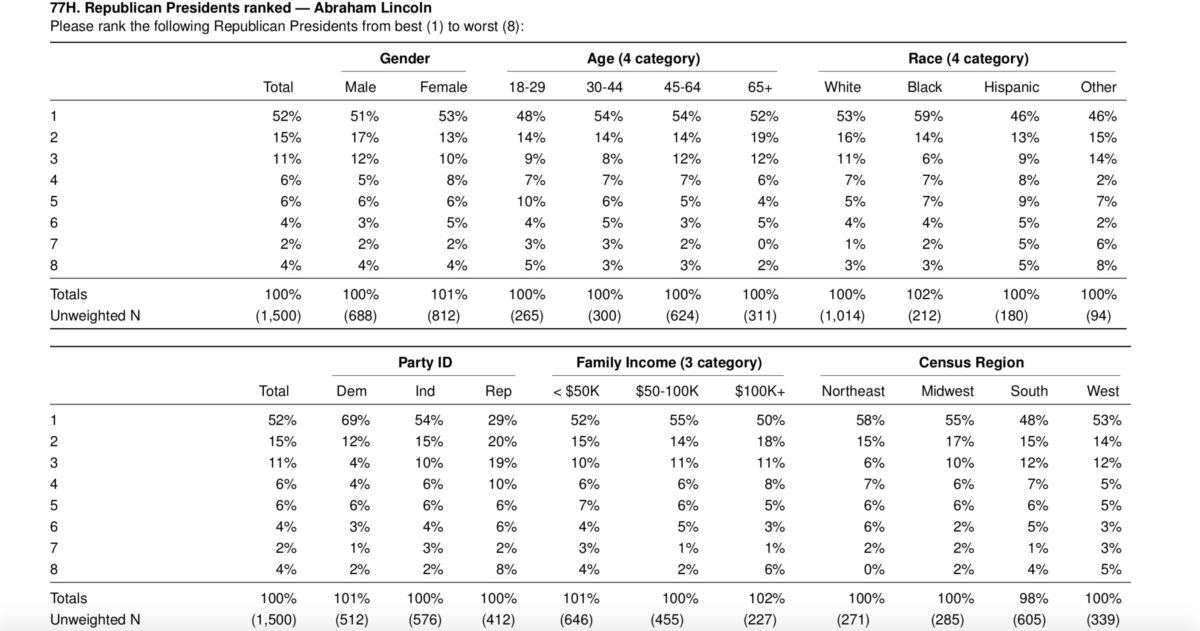 This is further evidence that even as Trump’s approval rating remains stagnant amidst a damaging impeachment inquiry, his grip on the Republican electorate remains as firm as ever.