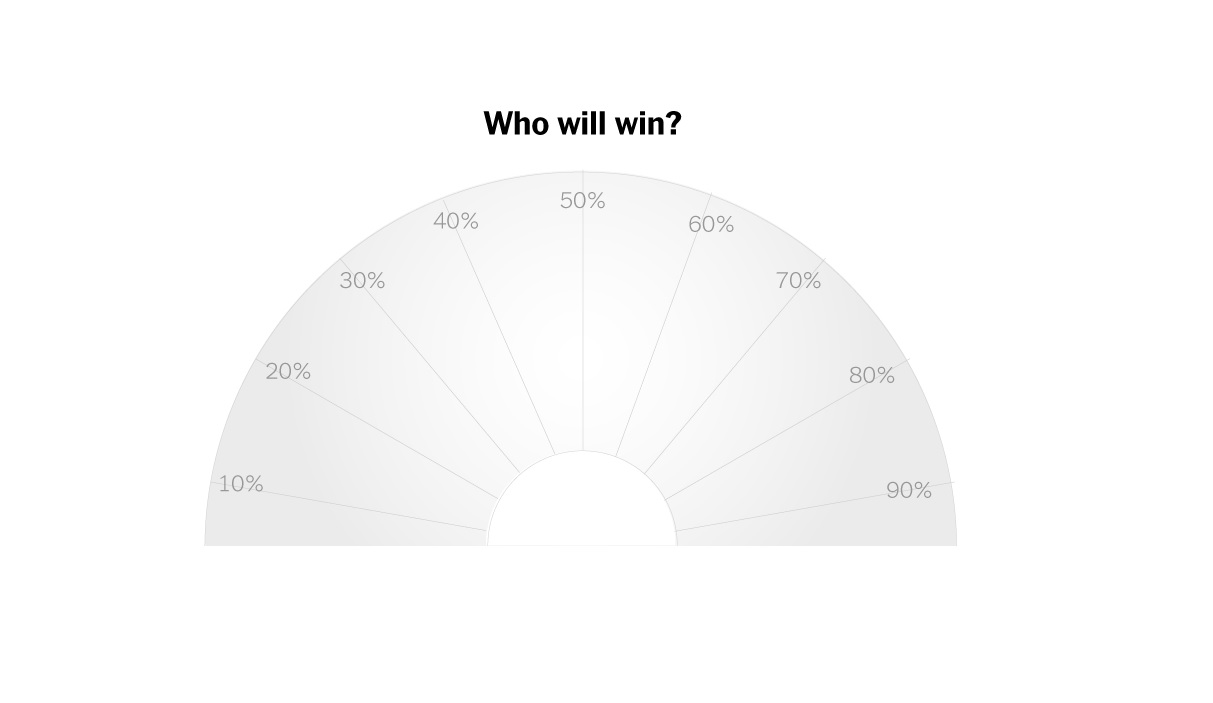 The New York Times rolled out its signature election needle Monday, in time for the Iowa Caucus — with a new twist specially designed for the unusual nature of the caucus.

The needle provides a visual representation of the New York Times‘ election forecasts, showing the likelihood of a candidate winning through an easy-to-read percentage.

“It combines initial election returns with other sources of data to estimate the final result of an election before all the votes have been counted,” explained the Times on Monday. “Before the election, we use polling data, census data and prior election results to come up with a baseline estimate for how every precinct or county will vote. As the results come in, we compare the actual returns with our baseline. We then adjust our expectations for the vote that’s left.”

There will be four needles for the Iowa Caucus.

Journalists and politicos responded to the news that there’d be four needles with intense excitement and — in some cases — anxiousness:

DIRECTLY INTO FOUR OF MY VEINS https://t.co/9XBmK7tBRT

Father forgive us, we know not what we do https://t.co/Fax4MMG0LE

The New York Times’ decision to have four needles is going to be election Twitter’s Tower of Babel moment. God will surely punish us for our hubris https://t.co/jkGtBTfdSY