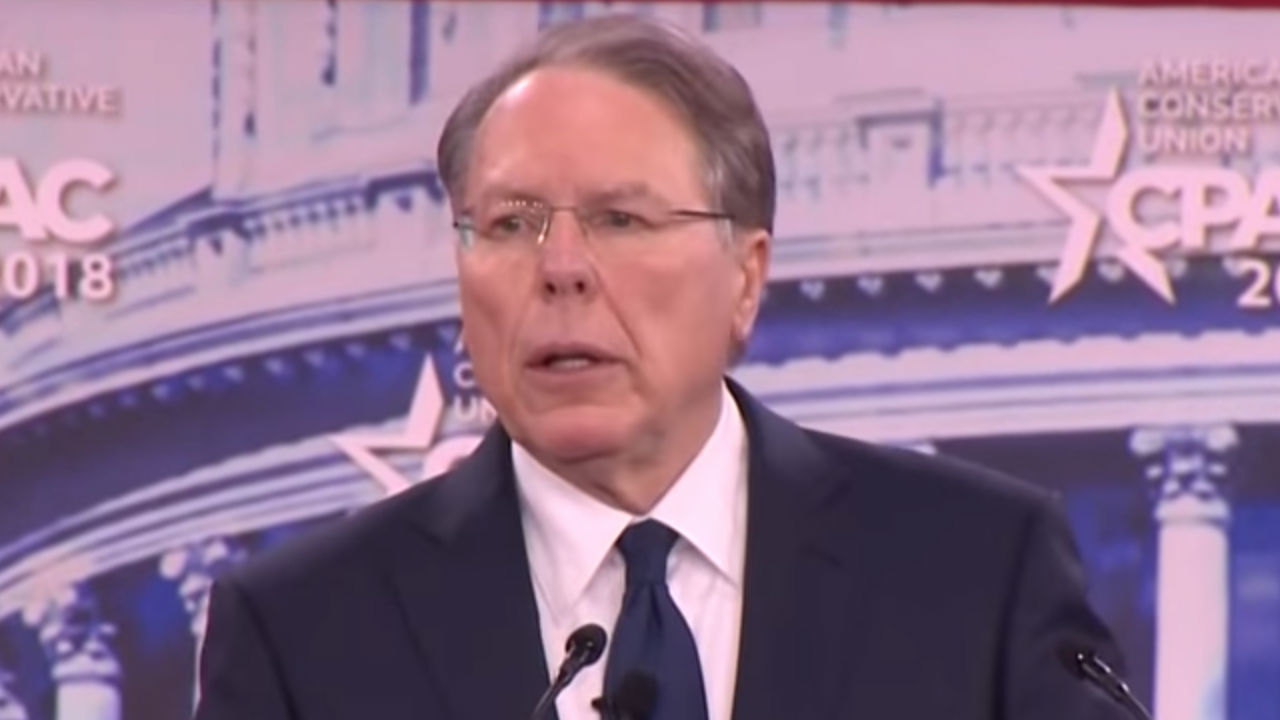 As stunning reports drop detailing the inner turmoil that has sent the National Rifle Association into a crisis, the Daily Beast is out with a new and embarrassing one: “The NRA spent tens of thousands of dollars bringing hair and makeup artists around the country for the wife of its CEO.”

The wife of Wayne LaPierre, the longtime CEO of the NRA, is a public face of the organization, according to the Daily Beast. And Susan LaPierre was treated to pricey beauty amenities wherever she went to spread the word, with expenses that included flights and rooms at luxury hotels for her stylists.

Per the Daily Beast’s Betsy Woodruff:

She often speaks at that group’s annual gatherings for female NRA supporters. And for years now, the NRA has paid for a makeup artist and a hair stylist, both based in Nashville and plugged in to the country music scene, to do LaPierre’s hair and make-up at events around the country, according to two sources familiar with the arrangements.

The NRA is currently under scrutiny from media and its members for exorbitant spending. The Wall Street Journal reportedly recently that the NRA arranged to pay $6.5 million for a house for the LaPierres, though the deal was ultimately aborted.

In a statement to the Beast, an NRA spokesman accused the organization’s former PR agency, Ackerman McQueen, of orchestrating a “smear campaign.” The NRA is suing Ackerman McQueen.

“This is the latest example of the smear campaign orchestrated to damage those close to the NRA,” Andrew Arulanandam, an NRA flack, told the Beast. “In this instance, our former vendor shamelessly targets the wife of the Association’s CEO. Once again, Ackerman McQueen attempts to mislead by suggesting that Ms. LaPierre had responsibility for actions taken by the agency.”

“Ms. LaPierre and other senior members of the NRA fundraising team participate in TV interviews, nationally-televised speeches, and videos used to raise millions of dollars annually. Hair and make-up services might be used in those instances–coordinated, directed, and paid for by Ackerman. This is another non-story with facts presented out of context–an act of desperation being fueled by the same group of people who attempted to extort Wayne LaPierre and the Association.”