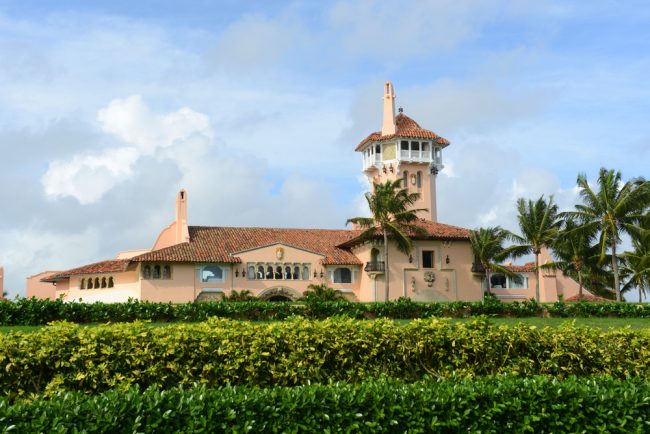 The New York Times reported Thursday evening that President Donald Trump intends to move his official state of residency from his native New York, to Florida, where he often spends many weekends at his Mar a Lago club.

Writing for the Times, Maggie Haberman opened her report:

He came of age in Queens, built Trump Tower, starred in “The Apprentice,” bankrupted his businesses six times, and drew cheering crowds and angry protesters to Fifth Avenue after his election. Through it all, President Trump — rich, bombastic and to many Americans the epitome of a New Yorker — was intertwined with the city he called his lifelong home.

In late September, Mr. Trump changed his primary residence from Manhattan to Palm Beach, Fla., according to documents filed with the Palm Beach County Circuit Court. Melania Trump, the first lady, also changed her residence to Palm Beach in an identical document.

Each of the Trumps filed a “declaration of domicile” saying that the Mar-a-Lago Club, Mr. Trump’s resort in Palm Beach, will be their permanent residence.

1600 Pennsylvania Avenue, the White House, is the place I have come to love and will stay for, hopefully, another 5 years as we MAKE AMERICA GREAT AGAIN, but my family and I will be making Palm Beach, Florida, our Permanent Residence. I cherish New York, and the people of…..

….New York, and always will, but unfortunately, despite the fact that I pay millions of dollars in city, state and local taxes each year, I have been treated very badly by the political leaders of both the city and state. Few have been treated worse. I hated having to make….

….this decision, but in the end it will be best for all concerned. As President, I will always be there to help New York and the great people of New York. It will always have a special place in my heart!

Governor Andrew Cuomo took the news of Trump’s ostensible relo gambit in stride, saying “good riddance” and hitting the questionable tax revenue the state saw from him on twitter:

Don’t let the door hit you on the way out or whatever. https://t.co/bLu88AzKVf

Our deepest condolences to the good people of Florida as Trump attempts to outrun his past (and near future). https://t.co/QFqeYO7xTq

As you can see above, Mayor de Blasio first commented on the source material NY Times report but then followed by quote-tweeting a Complex magazine aggregation. Bill de Blasio, hypebeast?