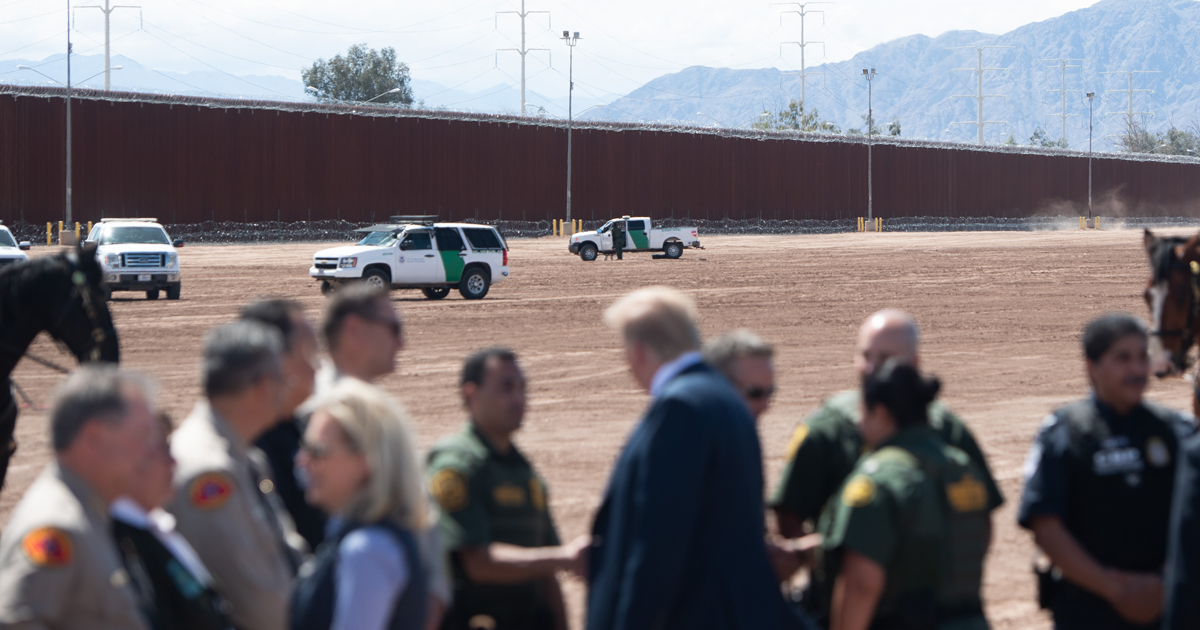 CNN’s latest SSRS poll had some fascinating results regarding the Democrats running for the nomination that made news on Monday. But the horse race wasn’t the only question SSRS and CNN polled that produced a newsworthy result. In results released Tuesday about how people view the border situation, there was a dramatic shift among Democrats.

On the question of whether or not there is a crisis at the border, Democrats shifted 47 points. What was once a mocked Trump term is now echoed by Democratic politicians and, it turns out, the prevailing view in America: that there is a border crisis.

On the question of whether the respondents consider “the current situation at the border between the United States and Mexico” to be “a crisis,” 74% said “yes it is a crisis.” That’s up from 45% in January.

That big shift was biggest specifically among Democrats. In January, just 23% said that there is crisis. In the new poll dated July 2nd, that number is 70%. A 47 point shift. 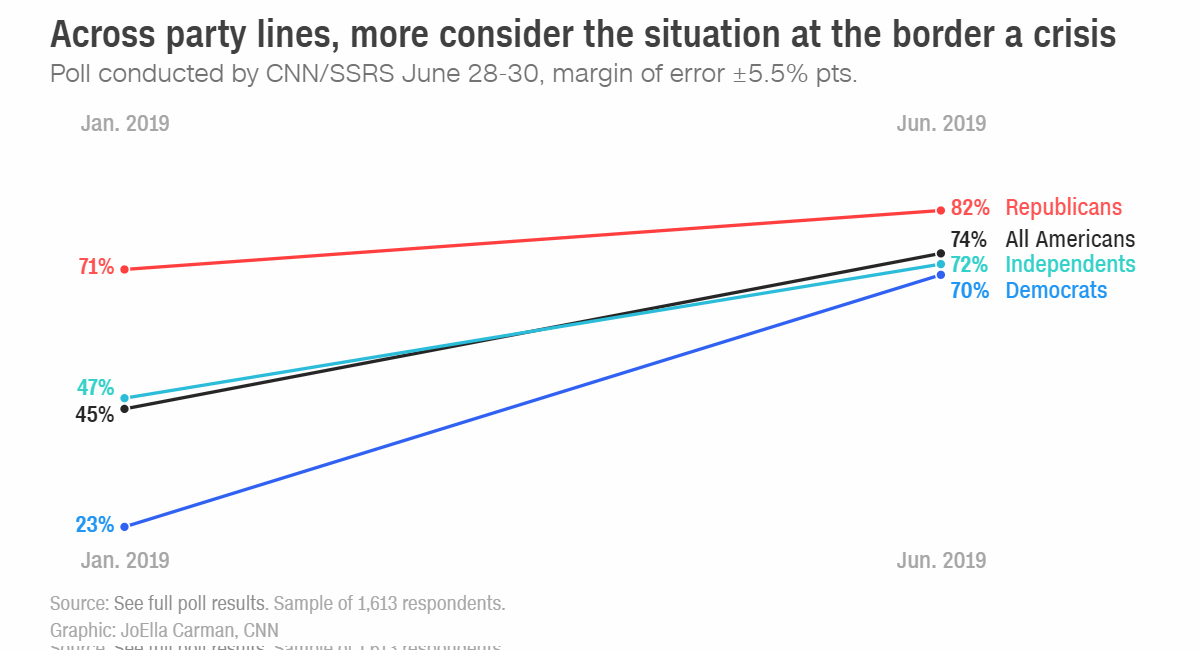 Further, on the question of whether respondents overall consider it a crisis “more because of the way migrants attempting to cross the border are being treated”, or “more because of the number of migrants who are attempting to cross the border”, more Americans believe the latter. So more think it is a crisis because of the number of migrants coming into the country, rather than because of how America deals with those migrants, though it was a tight margin at 34% to 32%. Only 7% responded that they considered it a crisis for both reasons, and 23% said there is no crisis.

However, 62% of Americans overall said they “disapprove” of how the government is treating people attempting to cross the border.

It is tempting to see that as a mixed bag, and it is true that the major shift among Democrats appears to be due not to the situation at the border itself, but rather that they now feel comfortable calling it a crisis as long as it is the United States at fault. But the shift in the term and tone is dramatic regardless of those factors.

Democrats made major objections to calling it a crisis just six months ago, on principle, not merely on detail. That includes media Democrats like CNN’s own Jim Acosta, who more than once made a show of calling the crisis characterization manufactured as PR to get wall funding.

Despite that early mockery and opinion reporting, it seems most Americans, and now Democratic politicians, are using the word “crisis” when it comes to the southern border. Perhaps one could even use the word “emergency.”