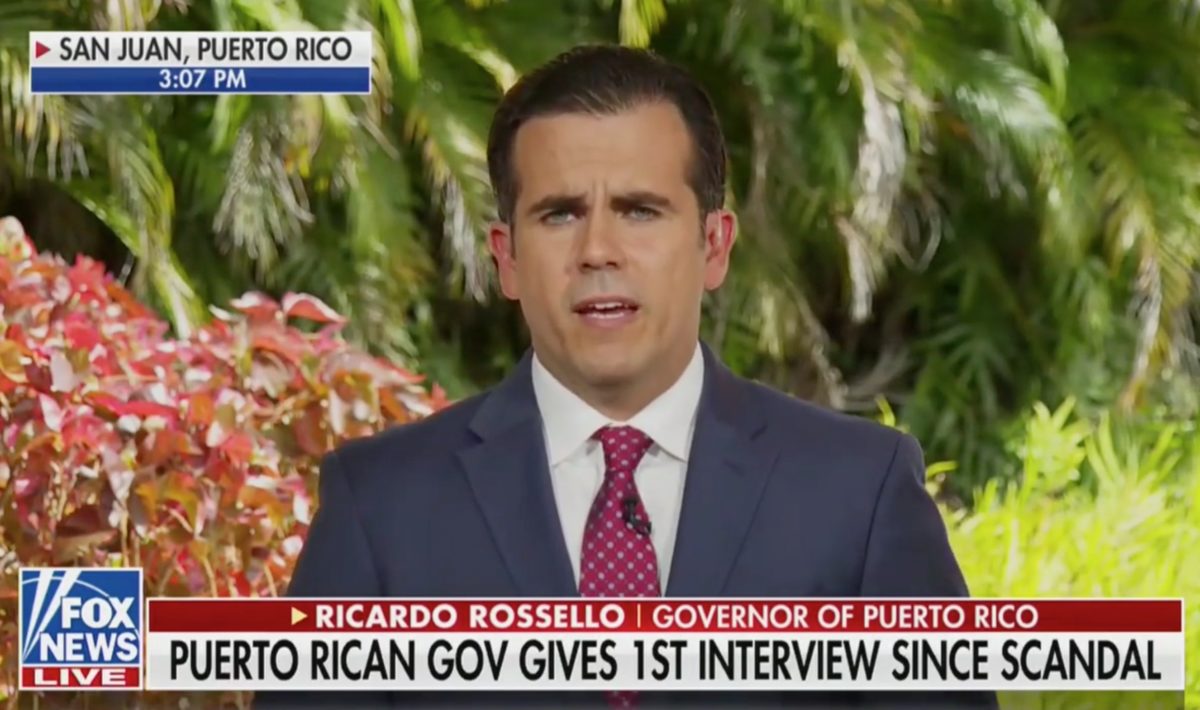 The resignation of Puerto Rico Governor Ricardo Rosselló is reportedly imminent amidst massive protests raised against him over the last two weeks.

A number of outlets are reporting that Rossello could give his farewell announcement around noon Wednesday after huddling with cabinet members and political allies this week. This comes after Russell’s announcement that he will not run for re-election, plus several of his closest allies have resigned from Puerto Rico’s government while he remains under siege.

Hundreds of thousands of protesters demanded Rossello’s resignation due to outrage over his handling of Puerto Rico’s bankruptcy and allegations of corruption within his administration. The governor has also been under fire over leaked chat messages showing him using misogynistic remarks about female politicians, homophobic slurs against gay Puerto Ricans like Ricky Martin, and other comments where he mocked the victims of Hurricane Maria.

Rossello recently tried to defend himself on all of these fronts in an interview with Fox News, but he was pummeled with tough questions from Shepard Smith about how he can hold onto the leadership given the intensity of the public outcry.

UPDATE – 12:38 p.m. ET: Rossello is holding onto his position for the moment: